Waiting for the smoke to clear 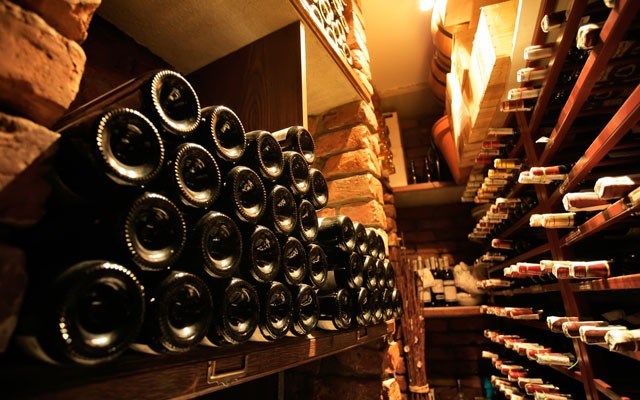 Unless Prime Minister Stephen Harper is planning on working in B.C. vineyards soon it might behoove his government to get real about foreign workers and the role they play tending British Columbia vineyards. A different story with the same ending could be said of Premier Christy Clark and her government, which has displayed an astounding lack of knowledge when it comes to the global wine business and our place in it.

At a time when B.C. wine is in full breakout mode, both governments appear to be doing their best to keep the industry from reaching its fullest potential. A quick tour of the Okanagan last week revealed many shaggy vineyards sporting unkempt vines sprawling from row to row, waiting patiently for anyone to get to work in the vineyards. The shortage of labour couldn't be any more visible.

The reason is simple and it dates back to April 1, 2011 when so-called low-skilled workers lost their work permits under a policy that requires any temporary foreign worker who has been here for four years to leave the country. There are very few Canadians interested in working in vineyards, and even fewer with the necessary skills. In fact, almost any Canadian winery will tell you it is near impossible to get people who want to do the back-breaking work required to keep a vineyard in shape.

Last July, the federal government moved to further restrict the use of foreign workers after many complained foreigners were driving down wages and leaving Canadian workers unable to find work. Whoever those Canadians are looking for work, are none of them seem to want to toil in the Okanagan Valley where just about any job posting goes wanting at the moment.

As damaging as federal government policy is to the wine industry the provincial government, along with B.C. colleges and universities, are adding injury to insult. Little has been accomplished over the last decade to solve the real shortage of trained hospitality folks to work in hotels, restaurants or wineries.

Some Okanagan restaurants are on restricted hours due to lack of trained line chefs while hotels are operating with staff that have zero formal training in the hospitality business. It's as if there is no understanding between government, schools and the hospitality industry about what needs to be done. A combined program where students work the six-month tourism season and then go to school all winter would be an intelligent start.

The real crime is many of the vacancies are great long-term, sustainable jobs and the opportunity is out there now. Wine and food travel is one of the highest net return businesses in tourism and we have yet to have a minister or, heaven forbid, a ministry that has any idea of the potential fomenting in British Columbia wine country.

From happy hours to grocery stores, government has failed to grasp the real world of commerce as it relates to wine and food and in a clumsy attempt to protect local producers, who don't need it, they have put the entire food and wine business at risk with its ill-informed modernization of B.C. liquor laws.

The good news, and none of it is government related, is the Okanagan Valley is in the midst of what is potentially its finest vintage on record.

As it stands now, the 2015 harvest is 10 days to three weeks in advance of what would be a normal growing season. Veraison, that moment in time when hard, green grapes soften and change colour is less than two weeks away, something that has never occurred this early in the valley. There will be grapes picked for sparkling wine in mid-August with the rest of the varieties falling in line earlier than ever.

There are only a few caveats at this point: too much heat shuts down the vines and can stall the ripening process resulting in plenty of sugar, low acidity and a lack of phenolic or tannin ripeness in the grapes. Ironically, the many wildfires spewing smoke into the air are helping, for the moment, keeping temperatures down and allowing the vines to continue working.

But the same smoke also traps moisture, and humidity can be an issue causing certain harmful moulds in the vineyard. Also, post-veraison the grapes are more susceptible to that same smoke. If the fires continue as many think they will, smoke could become a flavour issue down the road.

That said, with a little luck, 2015 could well be the best vintage ever in B.C. and when you combine that with improved viticulture, better facilities and equipment in wineries, and more experience valley-wide, the potential to make some of the best wine ever is very high.

In the meantime, I'll leave you with a short list of can't-miss local wines, already in the bottle, to impress your visitors this summer. The best way to buy these wines is direct from the winery, or at your local VQA wine store. Many are on restaurant lists and a very limited number of top B.C. wines are sold in B.C. Liquor Stores.

Long-time Okanagan Falls producer Blue Mountain Vineyard & Cellars has released a high quality Blue Mountain Reserve Chardonnay 2012 ($30) that would be perfect with a slice of brie. Equally reliable and complex is the Quails' Gate Chardonnay 2013 ($20), a wine that will bring you back to chardonnay.

Finally, some quick hits include the JoieFarm PTG 2010 ($24) a pinot noir/gamay blend that is fresh and juicy and fun to drink, and Van Westen Vineyards Voluptuous 2011 ($30), a merlot cabernet franc blend reminiscent of the fine Saint-Émilion reds of Bordeaux, makes a real statement about Naramata Bench wines. The latest Terravista Fandango 2012 ($25), an albariño Verdejo blend, brings a little touch of Spain to the B.C. wine scene in a very versatile, tapas-style white wine.

It's amazing what has been accomplished amidst a mess of political governance. One can only imagine what could be if all the self-imposed roadblocks were removed and the B.C. hospitality industry had a clear shot at reaching its ultimate potential. Enjoy the summer.