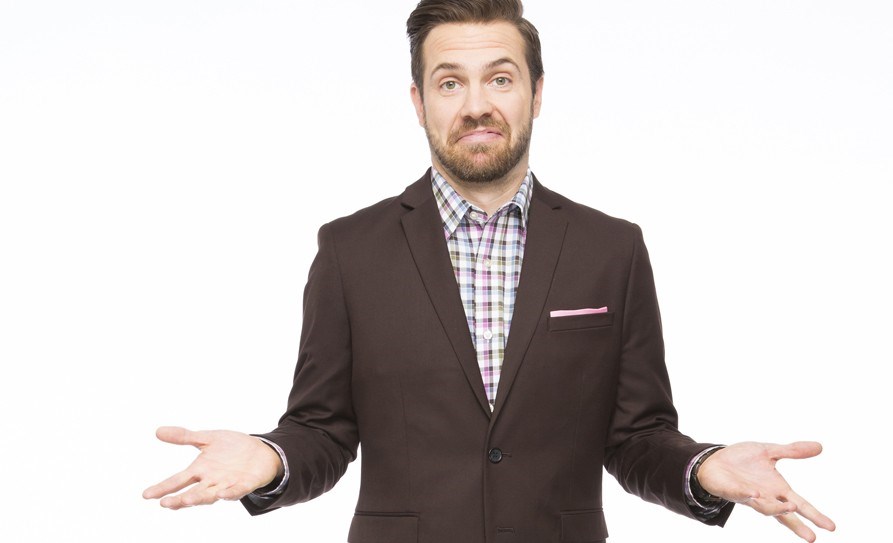 After all, the Toronto (soon-to-be L.A.) comedian/actor/writer has built his stand up career riffing on his unique family dynamic, flaws and all. Or, as he describes his set, "It's me telling hurtful stories about my family."

Rose was raised by his father with his older brother, both of who are manly "tough guy" type characters, he says. The concept behind his current cross-Canada "Still Chasing Manhood" tour is searching for what, exactly, manhood means. "My dad has very particular ideas about what a man is. Like real men don't drink from a straw," Rose says. "It's me trying to figure out what all these passageways to manhood are. That's what the show is about. I also talk a lot about my mother, who you could call eccentric or a nutbag."

While his brother is a fan of Rose's stand up because it often features him as the hero/star (he was particularly happy about one joke on how he lost his virginity in a fort in their backyard — though his wife might not have felt the same), his father has only seen his show twice. "He said the reason he hasn't come more is because I couldn't handle the criticism," Rose says. "Now he comes to the show and gives me notes. All of his notes are ways to make him look cooler."

As Rose has risen in profile from tiny clubs all the way to large theatres — like Toronto's Massey Hall — revealing private stories has become riskier. In one joke, for example, he talks about his relationship with his Grade 8 girlfriend who cheated on him then got pregnant with her new boyfriend the following year. "A delightful bit of karma," Rose says.

The bit aired on Comedy Network and, it turns out, his longtime ex had tuned in. She sent him a note apologizing. "It's a weird thing because when you start doing comedy, working your way up through the clubs is very anonymous," Rose says. "But now that people know me a little bit, they pay more attention. I've gotten used to telling all these private stories."

Rose has also gained attention on the small screen where he acts in CBC's Mr. D, recently renewed for a third season, as well as on the Comedy Network's Match Game and MuchMusic's Video on Trial. "I like doing TV because it makes it easier for me to do stand up," he says. "Stand up is what I like most. It's just me and my thoughts on a tight rope going, 'I hope this works out.' It's the most creatively fulfilling for me."

To that end, Rose plans to follow in the "hallowed tradition of Canadian stand up comics" and move to L.A. in the fall. "I was a bit hesitant," he says. "I went down for pilot season this year for six weeks. I spend maybe three months a year there anyway. The reality is I'm in the wonderful and rare position of having some sort of comedy career in Canada, which is hard to do. There are very few stand-up comics in Canada who do it without having to leave. The best way to be on Canadian TV is to be on American TV."