Reggae Kings take the world on 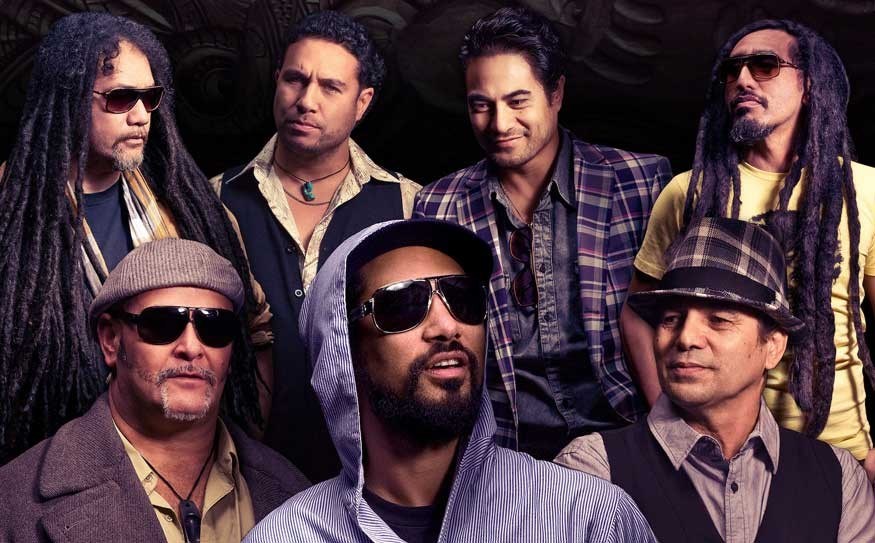 There's a load to bear when your band has been dubbed the "Reggae Kings" of New Zealand. First, you must make great reggae. There's no question about it — otherwise, you won't be kings for long.

Second, you're the unofficial, but still very public, cultural diplomat for the nation. For the all-Maori group Katchafire — the "Kings" in question — they are tasked with representing both their native culture and their nation worldwide.

And that's a wonderful thing, according to frontman Logan Bell. They like being cultural diplomats and, the Kiwis need not worry — Katchafire are the charming, soul-inflicted harbingers of all that is great and positive about reggae music.

And, as true kings are prone to do, they're planning to conquer the world.

"Ever since the band started, we've always said, whether it be half-jokingly or serious, that we were after world domination," Bell says.

It's a surprisingly enterprising statement coming from one of the most modest, peace-loving individuals Pique has talked to all year. For one, he's speaking by phone while lying in the back seat of a tour van as they pass through Idaho — hardly the most flattering way for royalty to travel. Second, when asked about the tour, Bell explains, very sincerely, how "humbled and blessed" he feels for being able to play music for people at all.

The fact that they're one of the most popular musical acts back home is another thing entirely.

Katchafire — consisting of Bell and his two brothers, Jordan and Grenville, Tere Ngarua, Jamey Ferguson, Haani Totorewa and Leon Davery — formed in 1997 as a Bob Marley covers band. Playing the reggae classics provided each of them the opportunity to hone their chops and to get comfortable together as a unit, so that when they eventually started playing original tracks they'd already have a solid foundation to build on.

Their first album, Revival, was released at a time when reggae had fallen out of commercial favour in New Zealand, but by the end of that year, their single "Giddy Up" was the nation's top-selling single and helped inspire a renewed enthusiasm for reggae. Now, it's as big as it ever has been. Acts like Trinity Roots and the Black Seeds have been massively influential. Bell says he knows of well over 100 reggae acts to spring up since Revival was released.

Reggae boomed in New Zealand, throughout the 1980s, inspired largely by Bob Marley's 1979 performance in Auckland. That event had a considerable cultural impact on the country — the Rastafarian religion among the Maori exploded, as did the rates of marijuana usage throughout the country. Marley also paved the way for successful commercial reggae bands like Herbs and Bread, Beat and Blood.

The Bell Bros. & Co. were coming of age during this time. For the Maori in particular, reggae spoke to their struggles as a cultural minority, to their inherent philosophies as a people and their attitudes toward humanity in general. This had a profound impact on everyone in the band.

"Coming from New Zealand, reggae has made such an impact on our lives and we all gravitated together to play in this band, to play reggae music, and we get to play in places like Poland, with blue eyes and blonde dreads everywhere," Bell says. "It's crazy how big it is. The reason why? I don't know why. I think it's a timeless music."

The influence of Marley and other '70s reggae giants permeates their music, as it does with virtually every reggae act post 1979, but Bell says there's more to Katchafire than that. The songs ooze with soul and danceable pop music that would even have Michael Jackson shimmying six feet under ground.

They've started recording their fifth album earlier this year, but he says it's still too early to tell when it'll be finished. This will be the most collaborative effort to date, with five of the seven members contributing original songs.

Bell says they've nearly completed six songs, all of which are "traditional Katchafire" — inflected with soul and R&B, a few of which are geared for the dance floor.

But at its roots, this album, like all their albums, will be a reggae album. It's what they've grown up listening to. It's what they fell in love with. It's who they are and it's what they do — and they happen to do it very, very well.

"What I can feel coming through is it's kind of an extension of what you've seen on our last two albums. We're still honing the craft in the studio, you know?" he says.