Funk musician Papa Josh prepares for new album and performs all over, from Sea to Sky to I-5
May 4, 2016 6:00 PM By: Cathryn Atkinson 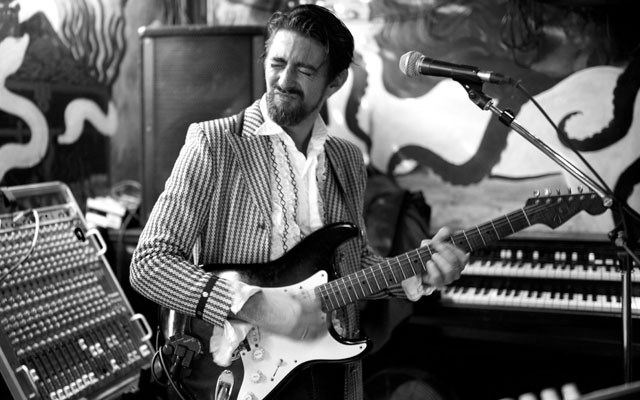 Papa Josh has a lot to do with looping these days.

Musically, the jazz-funk musician has been exploring its potential more. It started early, gelling at a gig at Dusty's in 2006.

"When you're playing jazz guitar, you're playing everything... the bass, chords, the melody. It takes a lot of concentration. Every once in a while I would loop a little core progression so I could solo over that.

"It got my mind thinking of how I could work with it and record more than guitar. Put a groove together."

And loops are also part of his life on the road — a longtime Whistler performer and Pemberton resident, he moved to Seattle two years ago, but frequently performs here on trips north to visit his children.

"Seattle has a lot of different things happening, a lot of niches within the bigger picture, and the niche I found myself in had a lot of people playing funk and jazz-influenced music. And there's a lot of talent," he says.

"It's cool to be a part of that... now I feel I have a better awareness. I've been pushing it hard, but doing my own original music."

At the moment, that has meant finishing off the songs he'd like to appear on this next album, a follow-up to 2012's solo album River of Time, and meeting solid musicians he frequently plays with.

"I've got plenty of material for a new album... if I had the finances at my disposal I would just go into a studio and finish it off. I'm trying to do it on my own," he says.

"It grows out of what I've done before but I've gotten more into electronic music. I'm trying to bridge it with the funk idiom."

In Whistler, this tendency towards being a solo guy developed.

"It was kind of a Whistler phenomenon for me. I started playing in bands in high school and college. I had played with a kind of funky, instrumental jazz group," he says.

Papa Josh was on the road for several years and this is how he discovered Whistler.

"The best thing to do was to go to this amazing place. There are lots of opportunities to play in the area. The opportunities kept me here — it's just that there aren't a lot of people who play the styles that I play," he says.

"I felt confident in that I wanted to make it on my own. That was the mindset at the time."

Seeing the process from all sides, as a composer and a player, remains important.

And seeing how to bridge the music between both his worlds is also key.

Following a recent Purple Party in tribute to Prince in Pemberton, Papa Josh's next show is at the Prospect Pub in the Pemberton Hotel as part of Nimby Fifty 2016 on May 27.