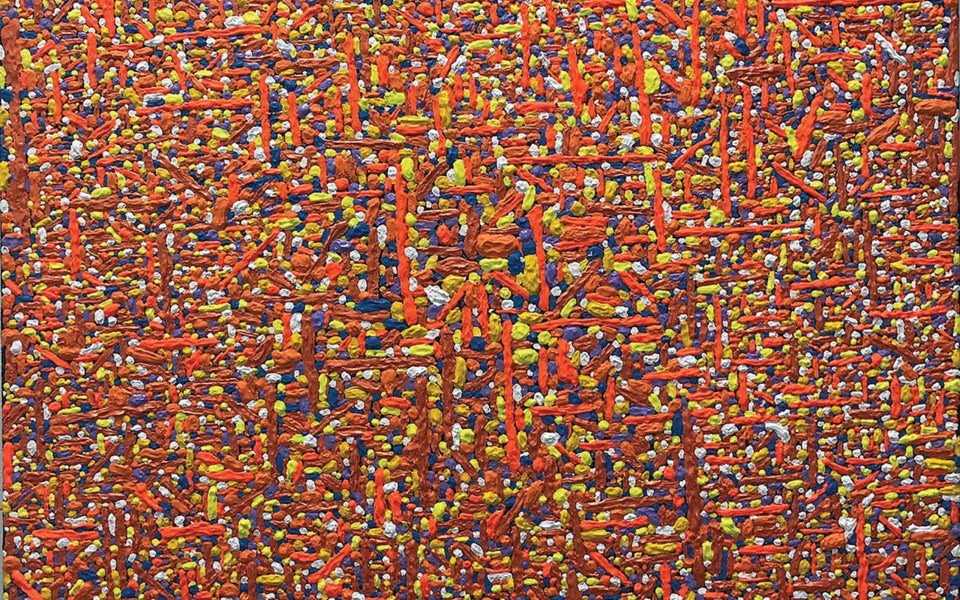 While art galleries around B.C. are unveiling plans to open up with restrictions in place, Vancouver's Outsiders and Others is taking a different approach.

A non-profit art society that highlights the work of non-traditional artists, the gallery is exhibiting pieces entirely through its windows. Viewers who want more information on the artist or piece can scan a QR code—or make an appointment to come inside.

"You can go there anytime; it's just a window. It's 100 square feet," says Yuri Arajs, director of the Outsider and Others Art Society. "It's really about embracing our current situation. We all have our own way of viewing the situation. My approach to this is we're going to continue to live with social distancing and masks for another year, probably longer. Why not, right away, change how we're doing things as far as being able to engage on a regular basis?"

The first show-in-the-window format is currently installed and has been well received, he added.

Next up, Whistler-born artist Andrew Cathers will have around a dozen paintings on display in his first-ever solo show.

Arajs first spotted one of Cathers' paintings at a group art show at the Developmental Disabilities Association—where Cathers, who has autism, sometimes creates his work. "I remember seeing it on a wall and just walked towards it and bought it," Arajs says. "It was one of those things. We all know what we like and what we're drawn to, but the work compelled me right away."

While Cathers, who is self-taught, creates some figurative drawings with text, his compelling and colourful abstract dot pieces will be prominently on display at the upcoming show.

"The colour pieces he does are so exhilarating in person," Arajs adds. "It's like holding a piece of liquid mercury. They're so alive."

In an email, Cathers described how quantum physics inspires his work.

"There's a law that particles can be at two places at once and that they can go through matter," he writes. "It's called tunnelling. I'm also interested in colour charge (related to the theory of chromodynamics). It's confusing to explain. It's the idea that each element has its own colour in a spectrum of light; quark colours are red, green, and blue. Anti-colours are magenta, yellow, and cyan. That's why I make pieces with colourful dots of particles. I'm interested in things that you cannot see with the naked eye."

While his current inspiration might be high-level concepts, back when the 38-year-old was growing up in Whistler, they were a little more basic.

In addition to his love for Star Wars and claymation, Cathers remembers going to the Whistler Public Library regularly to check out the book Two by Two by Barbara Reid.

"This book was a story about Noah's Ark that used clay to create images of Noah's Ark and the animals on it," Cathers recalls. "I withdrew it over and over again from the Whistler library. I was drawn in by the textural depth of the images. They appeared very tactile."

"I'm a bit scared," he writes. "I feel uncomfortable with social gatherings and I feel naked because my work will expose my guts, my insides."

To that end, he says, art is a way to express himself, which helps him navigate autism.

"Art is something I enjoy focusing on; it helps me to focus and to have discipline, which I enjoy," he says. "I use art to make sense of my disability and I use it to manufacture my internalized stigma into art. I hope to make others understand and relate to my feeling through my mediums/art."

To see Andrew Cathers' solo show, visit Outsiders and Others, located at 716 East Hastings Street, in Vancouver from July 3 to 26.

Find out more at outsidersandothers.com.