While Squamish was playing host to a Super Spartan race this past weekend, the apogee of the series — the 13-mile (21km) Vermont Spartan Beast was playing out in Vermont.
Sep 26, 2012 9:00 PM By: Andrew Mitchell 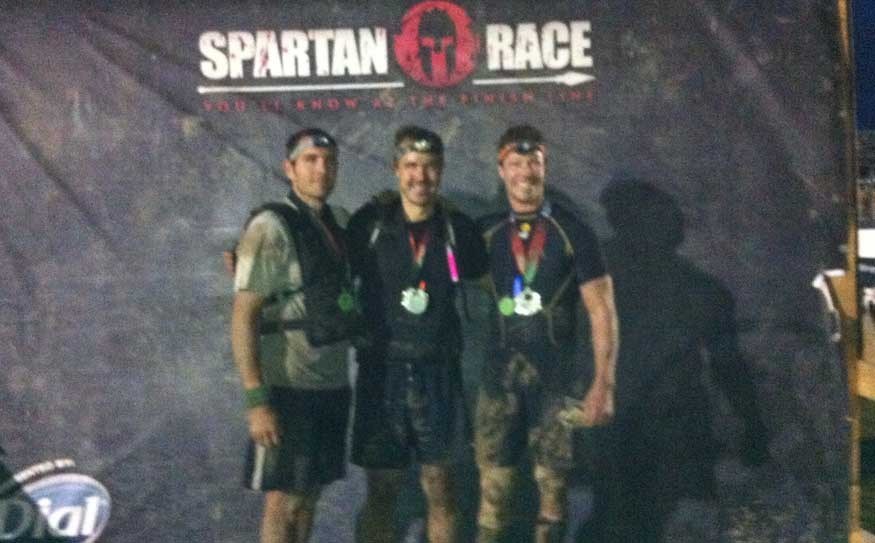 While Squamish was playing host to a Super Spartan race this past weekend, the apogee of the series — the 13-mile (21km) Vermont Spartan Beast was playing out in Vermont. Within that race there was another invite or application-only event, the Spartan Ultra Beast, where athletes were invited to do two laps of the course — 386 athletes in total, including the 24 athletes competing in teams of three.

Whistler's Don Schwartz, one of the top athletes in the Vermont Death Race over the past few years, had originally signed up to do the event in Squamish, but received an invite to take part in the Ultra along with two of the other top Death Race participants from this year, Ken Lubin and PJ Rakoski. He jumped at the chance, and was at the start line on Saturday for two laps of a course that included about 30 obstacles per lap and about 9,000 vertical feet (3,000 metres) of climbing and descending.

While it was a tough day, knowing where the finish line was — always a mystery for Death Race participants — made all the difference. Their team, the Rat Pack, won the event in ten hours and 41 minutes, about 23 minutes ahead of the next team in the race.

"Just knowing where the finish line was made it incredibly easy," said Schwartz. "I mean, it was really hard physically but the mental part was easy — just knowing there is a finish made all the difference in the world."

To make things more challenging, one member of the group had to carry the team's food and water at all times, while another member of the team had to carry 26 pounds of weight — in the Rat Pack's case they found a weight vest that qualified. They would rotate every 10 to 15 minutes to share the load.

The obstacles ran the gamut from barbwire crawls through mud pits, fire hoses raining water overhead, to cargo nets hung in the woods. One obstacle was a Tyrolean traverse over a static rope to the middle of the lake, then swimming back to shore. Another had racers carrying 70-pound bags of sand 500 yards. There were mud pits and wood walls, and every kind of obstacle that the organizers could think up.

The hardest part was the end of the lap, said Schwarz, where participants had to bushwhack 1,000 metres up a mountainside and down the other side to the parking lot/staging area.

"That was all in the last three miles, so it was kind of a nasty crux to the race," said Schwartz.

Of all the teams that entered, only three finished. The Rat Pack earned $15,000 for their efforts.

More than 1,200 Spartans dodged obstacles spread out over a 12km course in Squamish to claim a participant medal and an event t-shirt at the first-ever Squamish Super Spartan race Saturday, Sept. 22.

The event was based at the logger's sports grounds and featured obstacles that included cargo nets, spear throwing, mud, fire jumping and more.

Jessica Coulter of White Rock said the event was a mental battle for her but Nathan Arrigoni of Washington State helped her push through to the end.

"The obstacles are the easy part except for that damn javelin throw," Coulter said at the finish line. "That's the one that gets me every time."

Both competitors had participated in a Spartan event previously and both plan to do more events.

"I like the uphill and I'm a big fan of the downhill," said Coulter, who completed the course in an hour and 25 minutes. She was the second fastest woman of the day.

According to Arrigoni, the event in Squamish was fun.

"I drew a little blood, had some tricky obstacles but it went well," said Arrigoni. He added that he was surprised by the amount of elevation gain on the course, which took competitors up into the Smoke Bluffs Park area.

The fastest Spartan of the day was Kris Brown of Seattle. He left in the elite group at 9 a.m. and crossed the finish line one hour and two minutes later. Brown was followed by Mark Bertoia of New Westminster, who clocked a time of 1:06:18.

Vancouver's Tom Petryshen was the third fastest across the finish line in a time of 1:08:06.

Allison Tai of Vancouver was the fastest woman in the competition. She was 13th overall with a time of 1:18:58.

The last time Tai competed in Squamish was in August when she ran the Squamish Days 10K Run with her daughter in a stroller. The run was an attempt to get into the Guinness Book of World Records setting the world record 10km run time with a stroller.

Melissa Mattiazzo of Burnaby was the third fastest woman in a time of 1:26:46. Jamie Pierotti set the fastest time for a Sea to Sky resident with a time of 1:23:10. He was number 31 across the finish line.

Marie-Claude Laski of Whistler placed 77th overall to finish as the fastest Sea to Sky woman in a time of one hour, 30 minutes and 39 seconds.