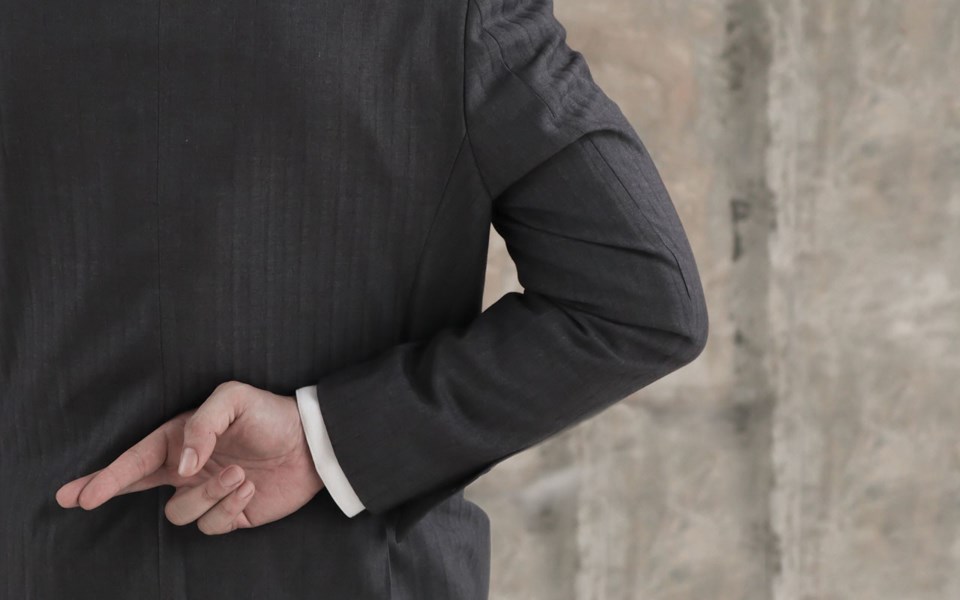 The notion every nation, and by extension every junior level of political organization, gets the government they deserve can be traced back further into antiquity than any of us really care about. That it’s survived to this day is both remarkable and remarkably wrong. More accurately, very few of us get or enjoy the government we deserve and this time around, for residents of British Columbia, it is the one certainty we can place a bet on. Whatever the outcome of this completely unnecessary election, the majority of us will not wind up with the government we deserve or desire.

That having been said, many of us will vote with our pocketbooks, as opposed to our brains. We’ll mark our ballots for whichever party panders to the petty, economic wishlists we believe are in our best interests. In other words, we’ll sell our vote for a pocketful of promises.

Perhaps this is a good time for all of us to remember election promises are on par with “the cheque’s in the mail,” “I’ll respect you in the morning,” and ... well, best we just skip over the third big lie. It is the law of the land. Election promises are unenforceable in any court in Canada. They are, at best, enforceable in the next election, by which time most of them will have been forgotten and we’ll be barraged with new promises by hopefuls with neither hope not intention of abiding by them.

Does that make us suckers? Decide for yourself, sucker.

The list of promises from the three parties is extensive and, well, impossible to believe, unless you still believe in the Tooth Fairy, the Easter Bunny and Santa Claus. And just to avoid the strident emails, yes, I know there’s a fourth party, the B.C. Conservative Party. (Insert raised eyebrows here.) The best thing that can be said for them is they’ve only made two promises... and one of them, predictably, is scraping the carbon tax. Yawn.

It’s hard to tell whether the Liberals or NDP are promising a bigger moon. For sheer chutzpah and pie in the sky, the Liberals are promising to eliminate the provincial sales tax for a year and peg it at three per cent the next year. Since this would leave something like a $10.8-billion hole in provincial revenue for those two years alone, it would be nice to know how it would either be filled or what would be cut to make up for it. One consequence that probably doesn’t need mentioning is that as much of it as possible would be downstreamed to already-hard-pressed municipal governments.

For comic relief, they are also promising not to reinstate MSP premiums they refused to eliminate.

Throwing red meat to their base—and attempting to demonstrate they haven’t completely lost their minds—they’re promising to restrict camping in city parks and enforce an ignored ban on roadside panhandling. And here I thought they’d gone soft.

Well, maybe they have. They’re also promising $10-, $20-, or $30-per-day childcare, based on income. No word on where they’ll get the additional childcare workers or sites.

And just to jog the memories of business owners, they’re promising to end the two-per-cent small business income tax, something the NDP is counting on being long forgotten.

Not to appear to be pikers by comparison, the Horganites are simply offering cash for your vote. Well, not exactly. But they are promising $1,000 cold, hard cash to every family with a household income under $125,000. Make more than that and they’ll start to reduce that payday; make more than $175,000 and they figure you’re voting Liberal anyway and you don’t get squat. They say they were planning to do that anyway and it has nothing to do with the election. (op. cit. The cheque’s in the mail.)

They’ll freeze rents until 2022, give renters a rebate if they don’t make too much, build hospitals and a new medical school, Skytrain extensions, give money to seniors, ad nauseum.

The Greens are promising the kind of things we expect from Greens. Money for renters, money for stay-at-home parents with young children, free childcare, an “exploration” of a four-day workweek, a ban on old growth logging, a ban on fracking, a ban on the export of logs and other standard, boilerplate Green initiatives.

Notably, and in no way to be considered an endorsement, the Green Party is the only one promising to pull the plug on Site C. In opposition, Horgan said the same thing, not that I’m implying anything here.

Truth be told, I’d probably support any party with a reasonable chance of forming government that would irrevocably promise to nuke Site C. Sorry, Greens.

It’s not because I’m an anti-dammer. It’s because I’m an economic realist. Having sat through more economic courses than I can remember—something that can be said for almost everyone who’s sat through one or more—the long-lasting lessons of the dismal science having the most impact can be distilled to two: the relationship between marginal cost and marginal revenue—something that explains so many things in life—and, more importantly to this topic, sunk cost.

Sunk costs are costs already incurred, money already flushed down the toilet. In rational economic theory, sunk costs are unrecoverable and, therefore, should have no bearing on future decision-making. Looking at a project like Site C, the only relevant costs are prospective costs, the costs to be incurred in the future should you decide to pursue the endeavour.

The sunk costs for Site C are known. And substantial. Breathtaking, actually. But they are irrelevant to the decision to proceed.

The budget for the project has ballooned from $6.6 billion to ... pick a number. $11, 12, 13 billion have all been kicked around. That was before the recent release—admission would be a better word—of geotechnical issues that have cast serious questions about exactly what it will cost to build a safe dam at the site, issues BC Hydro were apparently aware of from the beginning. Issues so serious the former CEO of BC Hydro, Marc Eliesen, has called for a moratorium on further work.

Now, if only the Green Party had a hope in hell of forming government. Alas. But at this point, the NDP owns Site C. I know what that means for my vote.