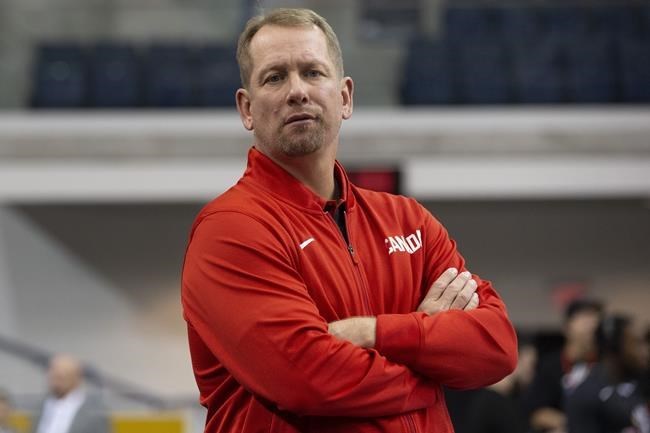 Nick Nurse wants to make sure Americans living outside the U.S. vote in November's presidential election.

NBA players have been insistent that the fight for racial equality and social justice be a central theme of the league's July 30 restart in Florida, and the league's coaches have been a big part of the discussions.

Nurse hopes that using his significant platform as the Toronto Raptors' head coach to encourage people to vote is a tangible way he can help.

Nurse has a series of public service announcements planned, including some with Raptors players. They'll guide voters on how to register and where to vote, to "get the wheels in motion, and then there'll be a couple of other steps once we get closer (to Nov. 3 election day)."

Nurse said the NBA's 30 head coaches meet every Monday to discuss various social justice initiatives. The Atlanta Hawks' arena, Nurse pointed out, will be used as a voting station in November.

There are also plans for coaches to address racial injustice issues at press conferences when the 22 teams gather at Walt Disney World Resort for the restart.

"Rather than just (talk about) basketball, or 'How's practice?' or 'How was the game?'" Nurse said. "Something to again keep the message going each day."

The league has been considering allowing players to substitute names on the backs of jerseys with a social justice message.

Raptors guard Norm Powell said he's been mulling over a handful of thoughts and quotes.

"There's so much going on, there's so many things you want to speak to and talk about, but I'm just trying to find a message that speaks to it all and is personal to me," Powell said. "I have probably a list of 10 or 12 that I'm narrowing down as the days get closer and closer to be able to decide."

Returning to play amid the unrest in the U.S. has been a polarizing issue among players. Kyrie Irving and Dwight Howard are among the most outspoken players against the restart.

The NBA and its players association are planning to paint "Black Lives Matter" on the court in all three arenas the league will use, ESPN reported.

The WNBA is also discussing painting "Black Lives Matter" on the court for its abbreviated 2020 season in Bradenton, Fla., according to ESPN.

This report by The Canadian Press was first published June 30, 2020.

Celtics control second half, top Heat to win Game 5 in East
Sep 25, 2020 9:02 PM
Comments
We welcome your feedback and encourage you to share your thoughts. We ask that you be respectful of others and their points of view, refrain from personal attacks and stay on topic. To learn about our commenting policies and how we moderate, please read our Community Guidelines.