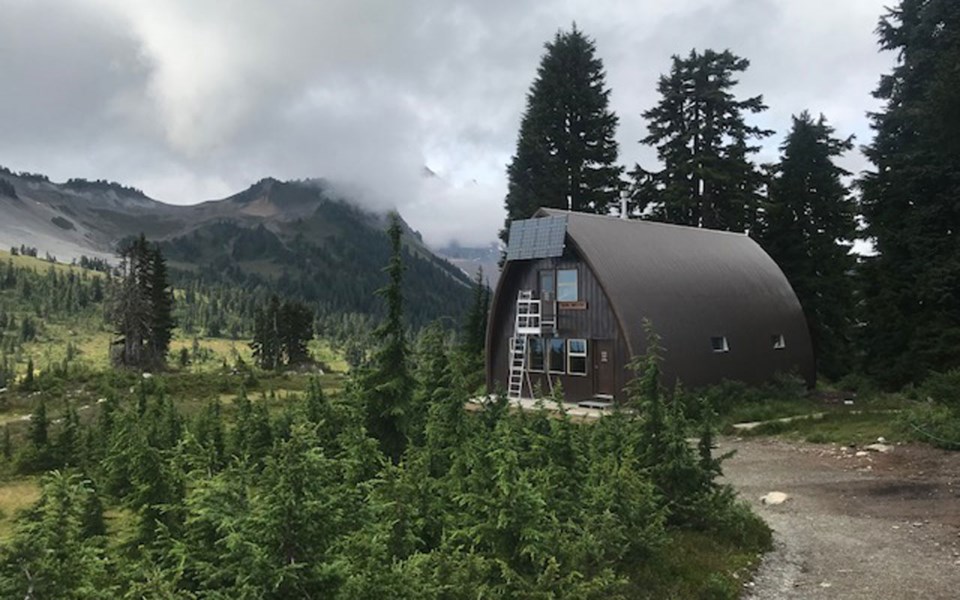 Picture this: it’s a beautiful summer day. You and your friends are on the final stretch of a hike. Hot and hungry, but decidedly happy, you catch a glimpse of a shimmering green alpine lake in the distance.

Then you hear it, “Buzzzzz, buzzzz, BUZZZZZZZZ.”

It’s a drone zipping right over your head—destroying any semblance of outdoor serenity you so desperately need in one robotic swoop.

This is the scene I encountered last weekend. Our small group of four knew every trail in the Sea to Sky would be busy, but we attempted to find one of the lesser-known options.

While our pick was still relatively busy, the amount of people paled in comparison to places like Lake Lovely Water and Watersprite. Advocates for both locations have painted a nightmare picture saying recent weekends have seen dozens of tents squeezed into every nook and cranny. Now, they’re asking people to stay away—or at minimum, follow backcountry protocols like pack in what you pack out, leave your loud music at home, don’t drink to excess, and follow wildlife safety protocols.

Along with the other heap of problems 2020 has brought, this year has created the perfect storm for an overrun and out-of-control backcountry. First, people want to get outside and away from their homes and COVID-19 has derailed their regular summer plans. Second, the outdoors have proven to be safer for socializing than indoors. Finally, the most popular BC Parks in the Sea to Sky corridor have been closed due to the pandemic.

As a result, people who would head to those easily accessible and stunning spots have been pushed further out into new territory that doesn’t have any amenities, particularly for newbies who might not know how to navigate backcountry travel safely and with low impact. (Don’t get me wrong; I absolutely believe in equal access to the outdoors, whether you’re toting a Canadian Tire tent fresh out of the package or a well-worn, ultra-lightweight bivy sack. Just make sure you understand and follow etiquette.)

On Monday, July 27, some of the BC Parks sites that have been shuttered since spring reopened under a new, free day-pass pilot project program. Locally, they include three Garibaldi Park trailheads (Diamond Head, Rubble Creek, and Cheakamus) as well as the Stawamus Chief. (No, Joffre didn’t make the list.)

Reaction has been mixed. Most people seem happy to have access back, but many take issue with a few details. For one, you can only reserve your day pass starting at 6 a.m. the morning you want to hike.

This actually could bode well for locals—many of whom have lamented the restricted access to their backyard while our provincial health officer was encouraging everyone to get outside. Ostensibly, if you wanted to hike to Garibaldi Lake, you could set your alarm for the morning, try your luck, and, if you secure a pass, hit the trail by 7 a.m.

If you’re coming from Vancouver or the Lower Mainland, you might not have enough time to make it back to your car before dark.

To that end, the day pass might not do as much as we’d like to curb visitation to other backcountry areas.

On top of that, critics say BC Parks should be more transparent about the number of tickets available each day—and, judging by numbers for the North Shore—potentially increase them. According to a North Shore News story, for example, Mount Seymour typically sees a million visitors each year while Cypress attracts 2 million. The day pass program will allow 500 people per day on the Howe Sound Crest Trail, 300 on the Hollyburn Mountain trails, 500 for Black Mountain Plateau, and 800 for Seymour Main Trail, Mystery Lake, and Dog Mountain.

The logic goes many of these trails have been built for high use so keeping higher numbers there—rather than wearing down more sensitive, far-flung paths—is better for everyone.

Details aside, it’s great to see these trails opened up again with measures in place to ensure hikers aren’t standing shoulder-to-shoulder at lookout points, as is the case many summers.

It remains to be seen if the pass program will ease congestion on all trails, but, either way, it should go hand-in-hand with education on safety and etiquette.

For starters, that includes keeping your drone at home—or at least away from other hikers.

LETTERS TO THE EDITOR: Clean up your butts for the love of pups
Aug 13, 2020 7:15 AM
Comments
We welcome your feedback and encourage you to share your thoughts. We ask that you be respectful of others and their points of view, refrain from personal attacks and stay on topic. To learn about our commenting policies and how we moderate, please read our Community Guidelines.