Letters to the Editor for the week of September 1st

Protecting our jobs I am writing this letter in response to Louise Taylor's back-to-back letters to the editor titled 'Protecting our old growth' (Aug. 11) and 'Logging practices need revision' (Aug. 18).
Aug 31, 2016 6:00 PM By: Pique Newsmagazine Staff 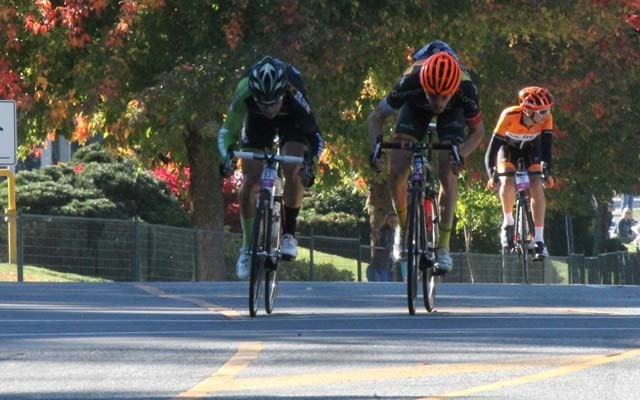 I am writing this letter in response to Louise Taylor's back-to-back letters to the editor titled 'Protecting our old growth' (Aug. 11) and 'Logging practices need revision' (Aug. 18). I earn my living from the forest industry in the corridor and my observations are a result of direct involvement.

Ms. Taylor asserts that the logs on logging trucks heading down Pemberton Meadows are not going to B.C. mills but are being shipped off as raw logs. The log-export issue is very complex and sometimes counterintuitive and it is easy to misinterpret something one has only superficial knowledge of.

In order to present an informed opinion on log exports, one should be apprised of a few (admittedly not so simple) facts:

• Log exports go through a surplus test, where domestic manufacturers can prevent log exports simply by offering domestic prices for logs. The full provincial log-export policy can be viewed at www2.gov.bc.ca/gov/content/industry/forestry/competitive-forest-industry/log-exports.

• The log-export policy found at the link above is virtually unchanged since the Liberals inherited it from the NDP when they took office in 2001.

• Log exports have increased in recent years due to market conditions.

• Log export is a coastal issue that does not affect the approximately 73 per cent of Crown timber that is harvested and subsequently manufactured in the Interior regions of B.C.

• B.C. coastal logging costs are the highest in the industry; the average coastal domestic log sells for less than the sum of its development, harvesting and delivery costs.

• Without the bump in price for the 30 per cent of the coastal Crown harvest that is exported, it wouldn't be economically viable to harvest and manufacture the balance of many stands of trees.

• No mill in B.C. has ever closed down because logs were being exported but many mills currently depend on a log supply that is essentially subsidized by log exports.

Ms. Taylor believes she has revealed through statistics that log exports are killing jobs, but inappropriately attributing cause to a correlation can be fraught with irony and even tragedy. There is an old anecdote about a Russian czar who learned that the most disease-ridden province in his empire also had the greatest number of doctors. His solution was to have all of the doctors shot dead. Many would consider this solution rash and misguided and so is the idea of banning log exports in the current depressed coastal market climate that absolutely depends on them.

Comparing B.C.'s and Ontario's forest industries is challenging as the statistics are collected differently and based on different factors. Of course we should generate the most value and employment possible from a sustainable forest industry and that is what the B.C. coastal forest industry is trying to accomplish by finding the right balance between log exports and domestic log manufacturing. Writing letters to the editor isn't the best forum to start dissecting the statistics, but it simply isn't plausible that a cubic metre of wood in Ontario is worth four times that of a cubic metre of wood in B.C.

Glenda Bartosh is right about the wonder of real tomatoes and the ease of freezing them (Big Tom at your service, Aug. 25). However, she left out a critical advantage of freezing tomatoes. You can just take them out of the freezer one by one and the peel just slips off if you hold them under the tap for a second. No need for the scalding treatment. We never even bother to wash our organic tomatoes before freezing, since it is so easy to peel them when we use them.

Last week, I said I would come up with better ideas to structure the Renaissance Project, which just might make it more favourable for the local community. First, we must determine what the value is of what the promoters want us to gift to them. By increasing the bed count by allowing 60 high-end townhouses and a six-star hotel we would be giving away from $60 million to $100 million in value. I would recommend that an independent business appraisal be used to determine a fair estimate. Then, as compensation, the municipality should collect a royalty, say four per cent of the gross revenues of the park until the value of the bed cap extension is repaid. Certainly a fair deal as it could be viewed as an interest-free loan. (Want more? Then attach an interest rate to it.) Vail Resorts in the nine months to April 30 of this year had a net cash flow from operations of CDN$596 million, so I am sure they could handle the payment. We must also consider that Meadow Park will be losing revenue to the water park.

On the other hand, if the water park does not suit the community, an alternative to create parking would be to move the driving range of the Whistler Golf Club to a structure over their maintenance yard or to the first 170 yards of the third hole and make it a par-4 instead of a par-5. Having freed up this prime land I would suggest a three-storey underground parking lot and add a combination of employee housing for, say, 300 worker bees and 60 townhouses to provide about $30 million to finance the project (assuming $500,000 profit per townhouse). This would aid in solving three problems: reduce traffic of workers residing outside the core and neighbouring communities; provide much needed parking; and substantially increase employee housing.

Let's not gift a rich American corporation on the backs of Whistler taxpayers — the last fiasco was the $2-million tax reduction given to Whistler Blackcomb when it was owned by the American hedge fund Fortress, which still leaves a bad taste in my mouth. And remember as Warren Buffet said: "If you're at a poker table and you don't know who the patsy is, then you're likely the patsy."

Thank you for Sister City help

We would also like to shout out a huge thanks to everyone who participated in our event. Of course, many thanks to the staff at Creekbread, for your help on the night of, and for the financial support from the sale of each pizza.

The exchange program is a fantastic opportunity for 10 Whistler youth to travel to Karuizawa, Japan to serve as ambassadors of RMOW. We are excited to experience a new culture and to further develop our friendships with youth from Karuizawa in October.

The Senate Committee on Social Affairs, Science and Technology stated this week that the federal government is not acting quickly enough to combat the growing problem of obesity (Joanna Smith, Canadian Press, "Senate committee says Ottawa too vague on timeline to act on obesity report", Aug 19, 2016).   The Committee, which includes B.C. Senator and 1968 Olympic gold medallist Nancy Greene Raine, expressed their concerns in a news release, calling on the government to be more proactive in dealing with Canada's epidemic of overweight people and obesity. The same committee concluded in its March 2016 Obesity Report that this epidemic claims the lives of between 48,000 and 66,000 Canadians each year (Obesity in Canada: A Whole-of-Society Approach for a Healthier Canada).

That report makes 21 recommendations, including a more effective use of National Health & Fitness Day ("NHFD"). Each of the 21 recommendations has merit. Each identifies an important role for government. But the NHFD recommendation is distinct in pointing to the individual person as having the clearest responsibility for personal health and fitness.

First celebrated at Whistler, NHFD is a movement now proclaimed by 268 Canadian cities. On the first Saturday of June each year, local governments highlight their recreational facilities, especially encouraging Canadians to get more active.  We know from ParticipACTION that fewer than seven per cent of children receive even the basic minimum of six hours of physical exercise weekly — astounding. So NHFD attempts to rally Canadians on one day, hoping the enthusiasm generated will encourage young Canadians, their parents, and others into broader involvement.

While NHFD became enshrined in law through Bill S-211, the movement does not commit federal taxpayers' money — it merely formalizes the day and invites local governments and citizens to "put their stickers in the window" for physical fitness.  The mission of the National Health & Fitness Foundation is to continue the movement, with the lofty goal of making Canada the Fittest Nation on Earth.

I have learned from personal experience the benefits of taking personal responsibility for my own health and fitness. In 2010, I was the Member of Parliament for an area that hosted the majority of the Olympic and Paralympic Games. I had never been a distance cyclist, though often promoted the virtues of cycling in public pronouncements. That's when two individuals challenged me. Tom Thomson, then a Resort Municipality of Whistler (RMOW) councillor, asked if I cycled. And my assistant Josh Peters informed me of a new cycling event, the GranFondo, a 122-kilometre road ride from Vancouver to Whistler, which would showcase the beautiful area I represented and promote cycling, health, the economy, tourism, and the environment.

With its distance and ascents, the race intimidated me. But I signed up; found people with whom to ride; and increased my commitment to an overall healthier lifestyle, even while coping with unhealthy aspects of work that challenge many Canadians: long hours; frequent travel; sleep deprivation; constantly changing schedule; erratic eating routines. The lessons learned about preserving fit levels in a busy lifestyle included stating goals to myself and others; scheduling physical activity into the calendar; and having training partners.

Today I'm preparing for my sixth GranFondo on Sept. 10. Whether it was the Fondo or other activities, a key to my remaining fit was to commit to others that I would be at a certain place at a certain time to bike, swim, run, or ski with them. This emphasis on healthy pastimes surrounded me with upbeat people who live healthy lifestyles. The emphasis on health and fitness affected my thinking, my work, and the other things I do.

Thanks to Senator Raine; Neil McKinnon and other Fondo organizers; part-time Whistlerite Marilyn McIvor, who helps coordinate NHFD activities and others who promote national health and fitness. Most of all, as we springboard with Olympic enthusiasm, thanks to all Canadians who encourage people to take responsibility for our own health and fitness. It takes a village (or a city or a town) to raise a healthy Canadian.