Parents shouldn't have to wait years to get their child into daycare in Whistler.
Jun 29, 2016 6:00 PM By: Pique Newsmagazine Staff 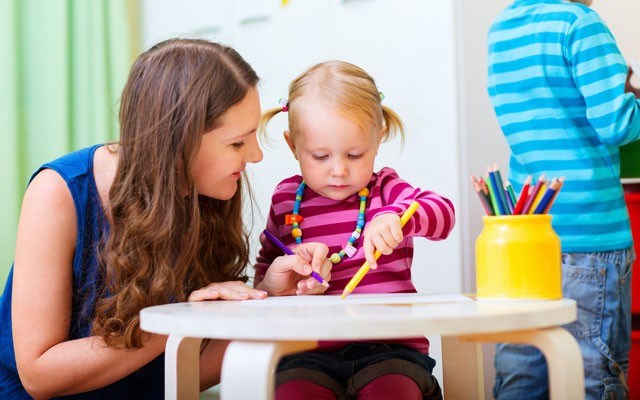 Parents shouldn't have to wait years to get their child into daycare in Whistler.

Parents have resorted to quitting their jobs and moving from Whistler, to nanny-sharing or paying babysitters a few dollars more so there is someone to look after their child while they head to work. For anyone who is familiar with this situation, there is nothing quite as agonizing as not knowing if you have a space for your child when you are scheduled to head back to work. It plays into a parent's guilt to not be able to offer the best care. It can affect your entire life as you are forced to choose childcare over employment. And what's often not even mentioned is the effect this has on the community when parents are stressed and scrambling: Parents may show up late for work, take a last-minute vacation day, call in sick or take a day without pay when they have no other option. The effects are far reaching.

For local daycares, the problem is compounded by the size of the resort municipality, the fluctuating number of births and that crucial number of daycare spaces that prove profitable for the owners/operators at local centres.

For a licensed daycare to be sustainable — and provide enough salary for its staff and maintain a viable business — the working ratio must have older children in the three-to-five age group that effectively subsidizes the infant-toddler care, which is labour intensive and, of course, costly.

It's a huge, complex issue. With the unique nature of Whistler's recreational offerings, it's popular for parents to enrol children aged three to five in other camps and sports programs, which means the infant-and-toddler program remains at capacity but there are recurring vacancies in the program for the older children. At the point when there are ongoing vacancies in the older program, the daycare is likely operating at a loss.

And consider the 2001 creation of the Spring Creek daycare centre, which was built with an eye to the increased birth numbers in the Sea to Sky corridor. Between the Spring Creek centre and the Whistler Children's Centre, a staff of about 37 early childhood educators was needed. But the local daycare centres are chronically short of staff — just like the restaurants and basically any other business that doesn't include subsidized housing paired with employment. And again, although the infant-toddler program was full at Spring Creek, the program for older children suffered intermittent vacancies, which meant the centre lost money. The Spring Creek daycare closed in 2008.

Resort Municipality of Whistler (RMOW) Mayor Nancy Wilhelm-Morden said that the recent community forum brought this ongoing issue to the forefront — with an overwhelming number of comments from residents about the lack of affordable care for children.

With this in mind, the RMOW at its June 21 council meeting voted to submit a resolution to the Union of BC Municipalities to urge the provincial government to create — or at the very least commit to — a universal daycare plan specifically for infants and toddlers of families whose annual income is less than $40,000.

Earlier this month the Ministry of Children and Family Development announced an $11.3-million investment to provide 1,818 new licensed childcare spaces in the province. Providers could apply for funding to increase the number of childcare spaces. Centres that were able to expand their programs applied for funding, with 30 communities benefitting from 45 funding projects. Whistler was not among them. If Whistler daycares were to expand, the problem remains with that ratio of babies to older children and fluctuating enrolments.

As the Spring Creek daycare revealed, perhaps there is a problem with the model itself. Is there another model that could be created to provide an increased number of spots for infants and toddlers? Could there be a subsidy so a daycare centre could continue to thrive despite fluctuating enrolments of the older children? The need is obviously greatest for infant and toddler care. Surely a new funding formula could be created to try to make this work for everyone.

Whistler families are depending on it.