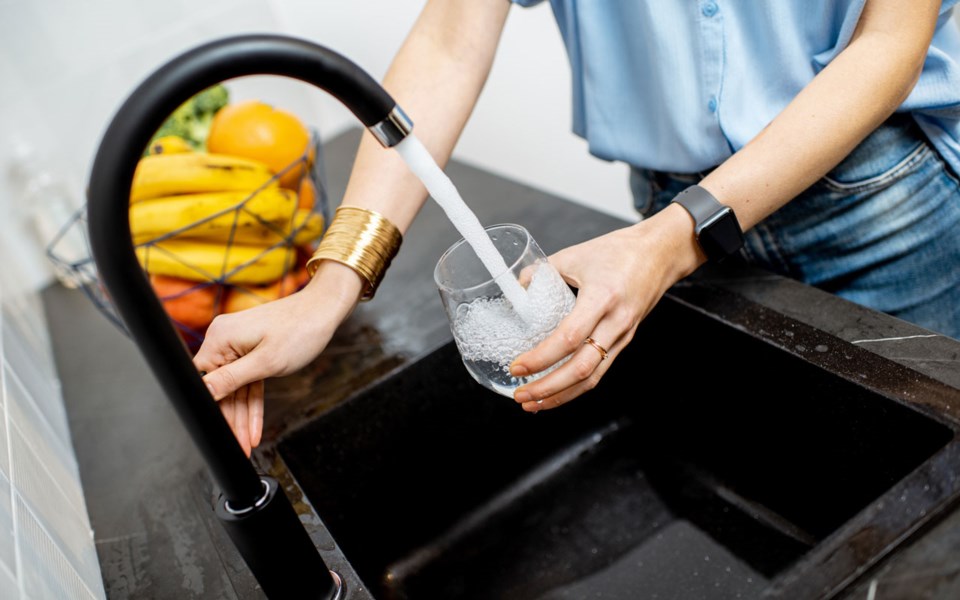 The Village of Pemberton (VOP) received its 2019 drinking water report from manager of operations and projects Tom Csima at its June 30 regular meeting held via Zoom.

During his report, Csima noted that the department is testing new well sites as samples from Well 3 are approaching the limits for the aesthetic objective levels of manganese, while, as mentioned to council during the department’s first quarter operations report, samples from the second backup well are exceeding aesthetic objective levels of iron and manganese, though these levels are below the maximum allowable concentrations.

“We can’t keep drilling wells and costing a lot of money without finding good water,” he said. “If the cost to test that surface water isn’t expensive, it would be nice to know what the value is there.”

Chief administrative officer Nikki Gilmore confirmed that surface testing at multiple sites is part of the process, but cautioned against putting too much stock in that option. She noted that Vancouver Coastal Health (VCH) is wary of using surface water as a source, while the cost of treating it not necessarily for poor quality but for its turbidity (or cloudiness caused by large amounts of individual particles) could be prohibitive. Csima said a treatment plant could cost up to $10 million.

The issue of low pH water, first made public in 2016, is one the department continues to monitor, Csima said. The department adds sodium carbonate to the water to increase pH, to reach the target level of seven, and alkalinity, to the target of between 40 and 80 milligrams per litre. Water with low pH levels is corrosive and can result in increased levels of lead in drinking water from interactions with pipes.

The report recommends that residents continue to follow VCH’s recommendation to flush water until it is cold, especially for drinking, cooking and preparing baby formula.

Over the course of the year, pH levels ranged from a low of 6.7 to a high of 7.5. Health Canada’s operational guideline sets the standard between seven and 10.5.

As for alkalinity, at all sites sourced from the Pemberton Creek Aquifer, there were three dates on which there were tests showing levels lower than the target, though two of these occasions were a narrow miss of 39 mg/L at a single site.

The Industrial Park site, meanwhile, is supplied through an agreement with Lil’wat Nation, which comes from the Birkenhead Aquifer.

In every test of the year, the alkalinity was significantly lower than the VOP’s prescribed targets, though its pH ranged from 6.8 to 7.5.

In a follow-up email, Csima explained that the Birkenhead Aquifer water is naturally close to a pH of seven, unlike the Pemberton Creek Aquifer.

He added that alkalinity refers to “the capacity of water to resist changes in pH that would make the water more acidic,” and is not an operational requirement in Health Canada's Guidelines for Drinking Water Quality.

“We measure this not as a quality measure of the water, but as a parameter in our treatment process, and is recorded as an equivalent concentration of Calcium Carbonate (CaCO3),” he wrote. “As the data shows, the industrial park has a consistent pH >7, therefore alkalinity at this site is of marginal importance to the Village, especially since we are not involved in the treatment of this particular water, and are simply a customer of Lil’wat Nation.”

The complete water report, including consumption levels, is available at https://www.pemberton.ca/public/download/files/127023.

Council voted to allow staff some more freedom when negotiating with developers as it approved changes to the Community Amenity Contribution Policy.

The main thrust of the draft policy is to provide the Village with the ability to negotiate a wider range of amenities from developers during the rezoning process. The report recommends utilizing a density bonus process, which would allow developers to build at an increased density over and above the base density in exchange for an amenity contribution, which was not present in the 2007 document. However, the VOP used the approach to secure contributions for soccer fields from hillside developments Sunstone Ridge Developments and The Ridge at Pemberton. The tactic is allowed in the Local Government Act, with municipalities most commonly using it to secure on-site amenities such as affordable housing or social housing for people with special needs. It can also be utilized for open space, public art, childcare facilities, or cash-in-lieu to be placed in a municipal reserve fund for a major project.

While allowed and standard practice, contract planner and report co-author Cameron Chalmers explained that frameworks around the practice “range wildly throughout the province.”

“Amenities really started outside of the framework of any statutory tools to do it. What happened 20 years ago is you would start negotiating. The municipalities would use their contract powers and their ability through a rezoning to entice benefits for the community,” he said, noting that the Development Cost Charges framework, for example, provides clearer guidance. “Amenities are still out in this netherworld.

The report underlines the importance of considering each application individually and to avoid setting targets or rates to avoid the perception that council is using rezoning applications as a revenue stream or that the process itself is up for sale, which could shake the faith of developers or the public.

Chalmers also said the VOP should consider community benefits, such as a developer extending a water line to help fire flows for an existing community, for example.

While operating case-by-case is sometimes considered unfair because it does not have “rigid predictability,” Chalmers argued that both sides benefit more overall.

“Each side is going to bring in its own different considerations,” he said. “As long as amenities factor highly in the conversation in the beginning right through, it is the best way to ensure that each project provides its proportionate share of the amenity back to the community.”

The draft policy also avoids directly considering “land lift,” or the increase in a land’s value as a result of the change in zoning and increase in density, to calculate the anticipated amenity value, as it is not considered a best practice. However, the fact that the zoning change increases land value can’t be ignored, Chalmers said.

“We are going to, as part of these negotiations, ensure that developers are accountable for their project’s lift value, where it’s being allocated, and we’re going to be very accountable to the community to make sure that a portion of it comes back,” Chalmers said.

There was also a discussion regarding creating a framework of what the amenity fund could be used for, with Chalmers noting that flexibility is important.

Though there is a list of desired amenities in the Official Community Plan, Mayor Mike Richman is hoping to develop a companion list to accompany the policy.

Craddock agreed, noting smaller projects could potentially be included in the companion list.

Chalmers added that the policy was written with the anticipation of having a list of both aspirational goals and shorter-term priorities, while manager of development services and co-author Lisa Pedrini noted that the report included lists of potential amenities compiled from existing lists, which will provide a starting point for when council discusses its priorities at a future meeting.

Council approved the draft policy and directed staff to seek feedback from developers.