One year later: Sea to Sky Gondola manager reflects on a challenging year 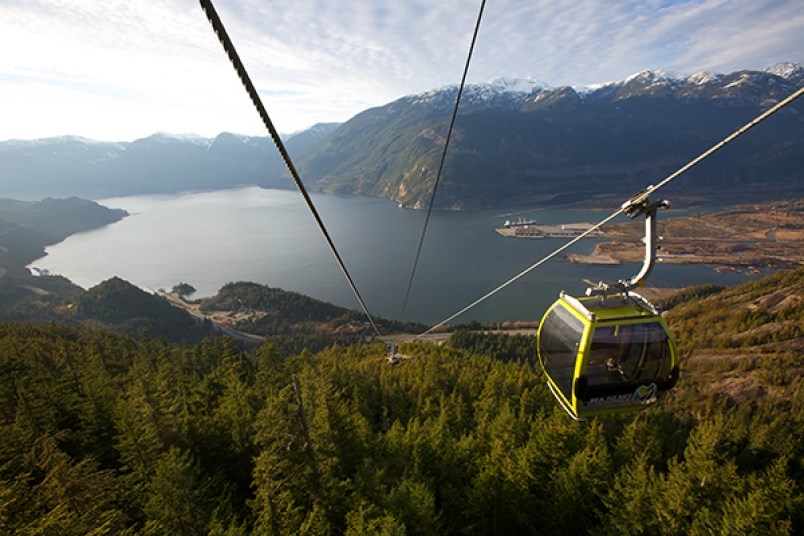 It has been a tough time for all businesses in Squamish, but one organization has been hit with two major consecutive blows — and has still managed to keep going.

Last year, the Sea to Sky Gondola was forced to shut due to sabotage, and, after shortly reopening this past February, it had to close yet again, but this time due to COVID-19.

It then began a phased reopening in May, as pandemic restrictions were loosened.

Aug. 10 marked the one-year anniversary of the sabotage of the gondola.

"We were on our feet there and operating for a month and four days before we shut down for COVID. And watching this team sort of just go through a week or two of euphoria and then a couple weeks of understanding and then preparation to shut down and be capable of opening yet again was so impressive," said Kirby Brown, the general manager of the Sea to Sky Gondola.

On Aug. 10 last year, a saboteur cut the cable of the gondola, sending many of its cabins crashing to the earth. RCMP have since been investigating the matter.

"We're the little company that can. We know how to adapt to crises," said Brown. "And we've been tested at that now in a way that most companies haven't had the opportunity."

He said that dealing with both of these crises has made the staff at the gondola push themselves.

"I feel like we all grew up a bit through that experience," said Brown. "I don't think we're tainted by it. If anything, I think it's the opposite. I think we all have a sense of responsibility that's deepened around the people that come and spend time with us."

He said that on the practical side, workers at the business have upped their game when it comes to knowledge on keeping things safe during a pandemic and in terms of general security.

Furthermore, since the gondola reopened, it's been able to rehire almost everyone in its core team of about 70 people, with the exception of two people who are in higher-risk health categories.

In addition, more staff have been hired to work at the restaurant.

"We've got the original core, plus some, " he said.

One question still hangs in the air, however — who cut the cable?

Brown said he hasn't heard from RCMP whether a breakthrough has happened, but commended officers for their ongoing efforts.

"They have done a great job of staying in touch with me, and giving me whatever information they can, which is really limited, obviously, in an ongoing investigation. So, really, they've just maintained a confidence that they have these large investigative processes that are still underway with all the energy of the original incident in mind," said Brown.

"If they are closer, I'm not sure, but I know they're working the case the way that you would hope for."

RCMP did not respond to a request for comment on this matter before press deadline.

Regardless of the uncertainty of today's circumstances, Brown ended on a positive note.

"It's been a very stressful year for Squamish and we sort of got a six-month head start on everybody else when the gondola incident occurred," he said.

"Yet, it's still a time to reflect upon how lucky we are to live in this place, in this country, at this time. Squamish is just an amazing town, and I hope everyone can stay positive and optimistic. But even as things change, we can rise above and get back to a place of confidence and success in the very near future."