Tofino is hoping for the return of a rising tourism tide 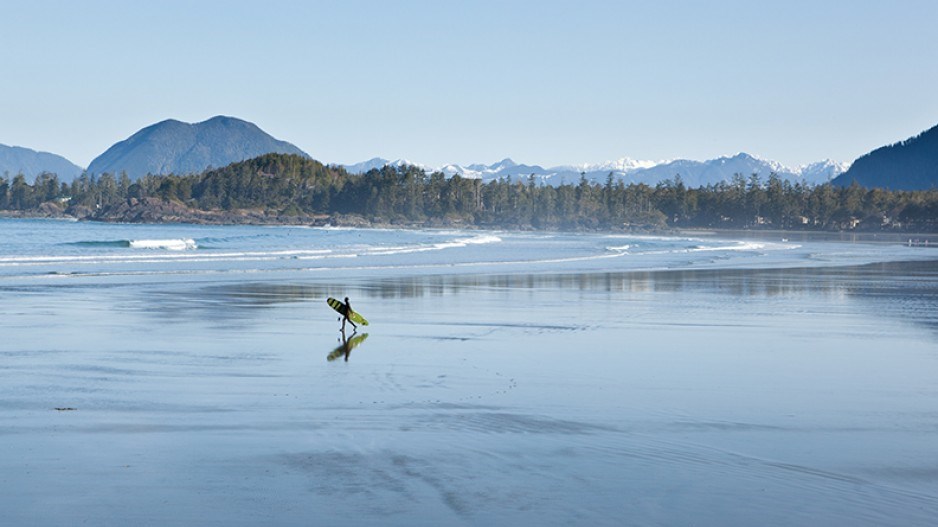 While tourism-dependent businesses in B.C. don’t expect to see a return to normal activity until 2021 or when a vaccine is found, according to a survey of BC Chamber of Commerce, Greater Vancouver Board of Trade, Business Council of British Columbia members, done with the Mustel Group, one of B.C.’s top resort towns is already confidently, and carefully, getting back to business.

There have been no novel coronavirus cases in the coastal Vancouver Island community, which traditionally welcomes 750,000 visitors a year.

Tofino essentially shut down for three months to prevent the spread of COVID-19. The town’s population, which can increase to 10,000 in prime tourist season, dropped to 2,000 this summer. But Richards said the community pulled together to get through the shutdown.

“Most businesses in Tofino are now open, from hotels, campgrounds, surf shops restaurants to tour companies. Every open business has spent months developing new operational plans on how to work safely,” said Richards, who is chairman of Tofino Tourism and a managing partner in Surf Grove, a campground that hosts one of eight surf schools now open.

Local and national parks opened at the beginning of June, including the renowned 16-kilometre Long Beach in the Pacific Rim National Park Reserve.

“With 50% fewer people expected this summer, it is easy to find accommodation, space in restaurants and resorts with assured social distancing on trails and beaches,” Richards said.

Among operators welcoming what Tofino Tourism said is a record number of local visitors this summer is former Vancouver Canucks defenceman Willy Mitchell. With fellow National Hockey League player Dan Hamhuis and a Victoria developer, Mitchell bought the 63-room Tofino Resort and Marina in 2016 and invested $10 million in capital improvements.

He hopes for at least half that number in 2020.

Mitchell reopened the restaurant June 15 and immediately hosted local first responders as way to thank them for their dedication.