American Friends of Whistler come to the rescue

Grant to be presented at Wine'd Up Gala for Search and Rescue communication upgrades
Oct 15, 2014 6:00 PM By: Alison Taylor 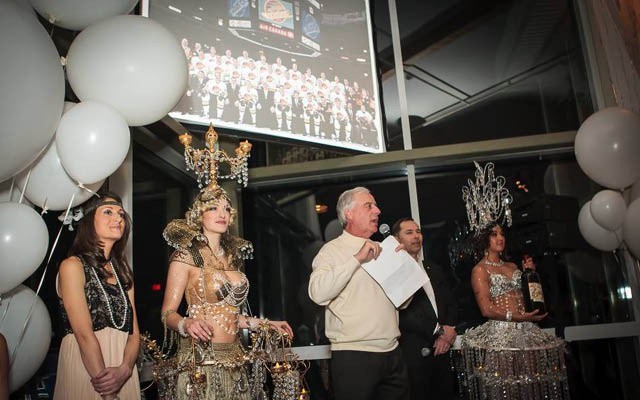 Whistler Search and Rescue's communication system is getting a major boost this week with a $35,000 donation from the American Friends of Whistler (AFOW).

It's a portion of the $250,000 multi-year project that aims to improve communication levels in the backcountry surrounding Whistler.

"We think they're a great organization," said AFOW president Gary Raymond from his office in Arizona, of why the board decided to donate money to Whistler Search and Rescue (WSAR) this year.

"We're pretty pleased to be in a position to be able to help them out."

The money is about half the cost for the first phase of WSAR's communication upgrade, which will cover the cost of replacing the repeater tower atop Whistler Mountain.

"The coverage is very iffy," said WSAR President Brad Sills. "What this will allow the members to do is to be able to speak back to base and among themselves."

The new repeater will work alongside another tower on top of Sproatt Mountain, which is a legacy from the 2010 Olympic Games covering the area south of Sproatt, including Black Tusk, Powder Mountain and Brandywine.

"We hope this will resolve those two response areas," said Sills.

The second phase of the project will deal with the backside of the Spearhead range. Additional fundraising will be needed for that part of the project in the years to come. As that area becomes increasingly popular with backcountry enthusiasts, WSAR is keen to see a functional and effective communication system in place.

Plans are in the works to build a series of backcountry huts in the Spearhead area, which will increase travel — all the more reason to improve Whistler Search and Rescue's communication system.

This is the second time the AFOW has donated to the local search and rescue organization.

The 2014 donation will be part of the annual Wine'd Up gourmet fundraising dinner on Saturday, Oct. 18. The event generates roughly $50,000 for WSAR's operating costs every year — the single largest source of revenue.

This year marks the event's 15th year. The event has raised $480,000 since its inception, and is sold out once again this year.

Raymond is the MC and will run the auction for the event.

The donation to WSAR is the biggest from the American Friends of Whistler, a group who raise money from Americans who want to give back to the community, this year.

The second biggest donation by AFOW is $20,000 to the Whistler Museum & Archives, $5,600 will go to Innovation in Mental Health and $1,300 will be given to the Pemberton and District Museum & Archives.

The board will consider additional grant requests at its board meeting in December.

The AFOW has given back more than $1 million to the community.