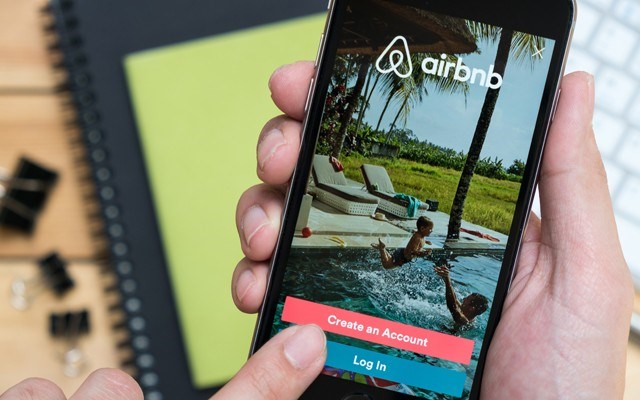 Hotels across the province are pushing for changes to tax laws to mitigate the effects of short-term rentals.

The proposed change would rescind a provincial tax regulation that exempts people who offer fewer than four rooms for rent from paying provincial sales taxes.

The Hotel Association of Whistler (HAW) recently sent a letter to council asking for support.

The change might make people think twice about renting their properties short term, said Saad Hasan, chair of the HAW board of directors.

"Taxes have more teeth," he said.

"When it comes to zoning this or that, people may or may not care, or wait for the bylaw officer to show up knocking on their door or whatever the deal may be, but people don't necessarily want to fiddle with their taxes, because the ramifications are fairly intrusive."

The explosion of short-term rental sites like Airbnb has had a well-documented effect on rental availability in communities everywhere, and Whistler hasn't been immune.

The problem has made it difficult for businesses to lock in staff ahead of the winter season.

"Over the last year, member properties of the (HAW) have experienced continual challenges with assisting new or existing employees to locate affordable monthly rental accommodation," Hasan wrote in his letter to council this week.

"The vacancy rate is often near zero, and in many cases our businesses have lost existing and potential employees due to chronic rental shortage.

"Making matters worse, there are no indications this trend will change in the year ahead."

Under the proposed change, people would still be able to rent their properties short term, but taxation would mean proper recording of the practice and revenue for the province, Hasan said.

"Then they may think, 'well, really, is it worth the hassle? Do I get into this whole process of monthly reporting, annual reporting, likely tax audits, all this sort of stuff? Maybe it's not worth my time,' and they may not do it," he said.

"Or on the other hand, if someone wants to take that on, then yeah, good luck to them, they can take it on and pay their fair share of taxes."

The proposed change was initiated by the Tourism Industry Association of BC and the BC Hotel Association (BCHA).

The hope is that municipal councils across the province will send letters to Finance Minister Michael de Jong.

Last month, BCHA president and owner of the Pemberton Valley Lodge David MacKenzie brought the request to Pemberton council, which it supported.

The proposed change is one of policy and not legislation, meaning the finance minister could do it "at the stroke of a pen," MacKenzie said.

The lack of affordable housing — in part because of short-term rentals — has led to a labour shortage that could get worse if something isn't done soon, he said.

"I think if we don't do something about it, down the road it's going to be bank tellers, the people that are working in our retail shops, the people that work in the drug store, and we need all those essential services, but the cost of living is going up," MacKenzie said.

Another letter in the Dec. 6 council package questioned why the Resort Municipality of Whistler (RMOW) hasn't taken more initiative to clamp down on short-term rentals, or imposed a stiffer fine (currently set at $1,000).

Whistler Mayor Nancy Wilhelm-Morden said the Mayor's Task Force on Resident Housing is looking at all ways to increase the rental stock.

"There are steps that are in progress currently, including increased enforcements of nightly rentals, and we're also considering implementing business licences for nightly rentals, so we are facing the issue head on," Wilhelm-Morden said.

"I think (supporting the change to tax laws) is something that we can consider. We're looking for suggestions from all sectors to help us tackle the issue."

In terms of increasing fines, the mayor said the RMOW is limited by provincial legislation to a certain extent.

"I know, for example, the fine for bear attractants on your property can be as high as $10,000, so if we can do a $10,000 fine for attracting bears, surely we can do something similar for people getting kicked out of their homes for Airbnb."

But the RMOW can't act fast enough to curb the problem.

More and more people, anecdotally at least, seem to be choosing to rent their properties short term, leaving current tenants without anywhere to turn.

"People need to inform themselves and stand up for themselves."

Knowing what your rights are under the RTA is crucial. The RTA can be found in full at www.bclaws.ca.

A recent complaint to the Whistler RCMP prompted the department to make sure its officers know the ins and outs of the act.

The complaint stemmed from a tenant's dispute with his landlord, who had asked him to pay higher rent or move out.

When the tenant refused, the landlord called the RCMP, telling them the tenants were living in his house illegally. The police attended, indirectly helping the landlord gain access to the locked house.

The landlord then changed the locks and moved the current tenants out, claiming the RTA did not apply as there was no signed tenancy agreement and he technically shared the space with his tenants.

Though the tenants were well aware of their rights, an expedited dispute process through the RTB could take up to six weeks.

"Well (in cases like that) you just don't move out," Wilhelm-Morden said.

"And if a landlord changes the locks and moves you out, you can call the police."