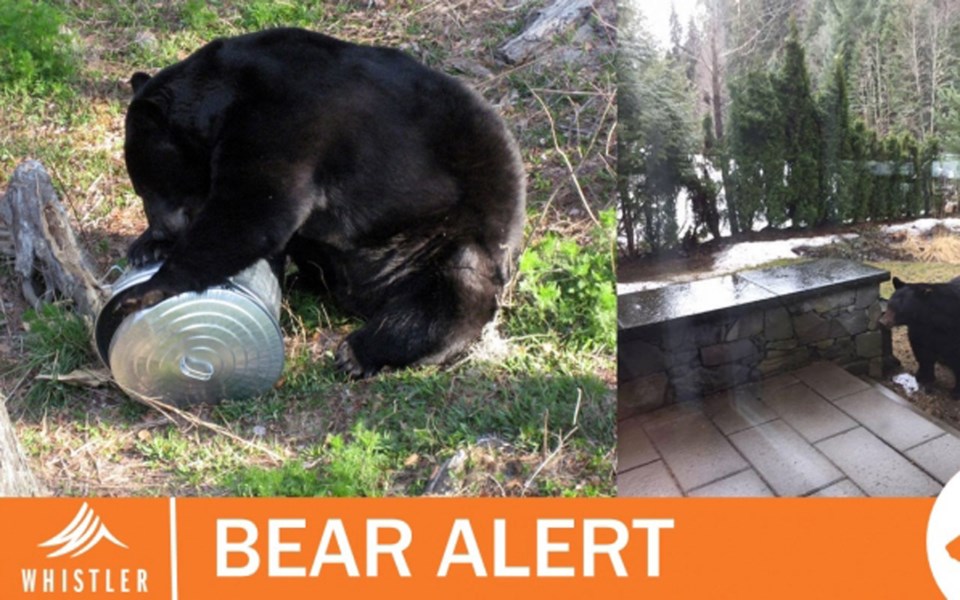 Courtesy of the RMOW

Conservation officers killed a black bear on Sunday, Aug. 2, after it had accessed barbecues and garbage in Whistler's White Gold neighbourhood.

The bear began to "display rapidly escalating defensive behaviour, repeatedly charging members of the public and responding officers," according to a Resort Municipality of Whistler (RMOW) release.

Officers tried all non-lethal methods of hazing, but the bear was already "extremely habituated" to humans and had to be destroyed because of public safety concerns, the release says.

In the wake of the incident, the RMOW is reminding visitors and residents to always manage their garbage, recycling and attractants properly and never approach a bear.

Bear sightings in your neighbourhood can be reported to the BC Conservation Officer Service at 1-877-952-7277.

"Calling the COS when you first see a bear in your neighbourhood or yard gives the COS more options to manage the bear," the RMOW says.

Meanwhile, the RMOW has also issued a notice that a grizzly bear was spotted foraging for food in the Rainbow Lake area of the Alpine Trail Network.

The trail remains open, but hikers are reminded to be on alert and practice caution.