Harbour Air looking to include Squamish in its circuit

The locally-owned company is also expected to receive a funding boost from the province
Aug 6, 2020 12:53 PM By: Steven Chua 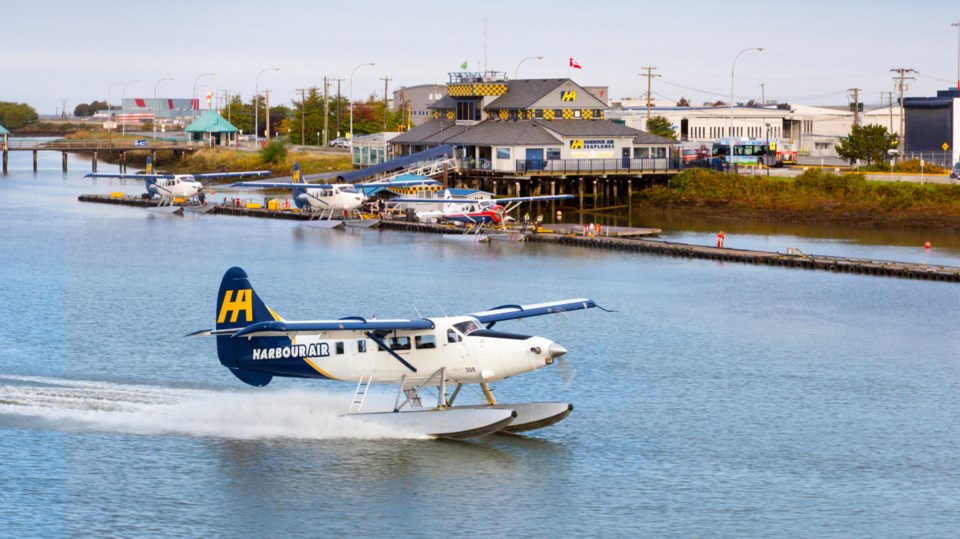 The floatplane aviation company that made headlines around the world for flying the world's first all-electric commercial aircraft may soon be setting up shop in Squamish.

Harbour Air has applied for a development permit with the District and is seeking to set up a seaplane dock at the oceanfront.

The municipality has posted a public information site online and is soliciting comments and questions until the end of August.

"It's a part of our entire route structure," Greg McDougall, the CEO of Harbour Air, told The Chief during a press conference on Aug. 5.

"We see Squamish as a rapidly-growing community, and we think it's very important that Squamish have a link for urban air mobility in the future, and also even in the present sense, for tourism, and, also, it's a weather option for our Whistler service. So, there's a whole lot of reasons why the dock in Squamish makes sense to us. And It'll become important to the entire route structure of the company, especially in the future."

He said that the company hopes to get one electric passenger aircraft running as part of the company's testing phase.

"It will be flying local flights, short-range and even after the certification process, we'll still be trying to figure out exactly what the capabilities of it will be longer-term," said McDougall. "It all has to evolve with the battery technology and as we get through the regulatory process, the density of the batteries is increasing virtually every day."

He said the day the company does the first electric passenger flight, they're anticipating a half-hour range with half-hour reserve.

They'll start with one plane and start converting the fleet to electric gradually as the range of the planes increase, McDougall said.

In a separate development, Harbour Air is also planning to make use of a newly-announced  $2-million provincial boost that offers rebates to organizations looking to buy electric "specialty-use vehicles."

Rebates from the government program range from $1,700 to $50,000 per vehicle and are available for businesses, local and regional governments, and non-profit organizations that are purchasing five or fewer vehicles, the province says.

Harbour Air plans to use the shuttle bus to pick up and drop off passengers between Harbour Air's downtown Vancouver and Richmond locations and the Vancouver International Airport.

This story originally appeared in The Squamish Chief on Aug. 5.