Henry thanked B.C. scientists, post secondary institutions and businesses for their collaborative efforts developing the test and making it accessible to B.C. students
Sep 17, 2020 4:29 PM By: By Albert Van Santvoort 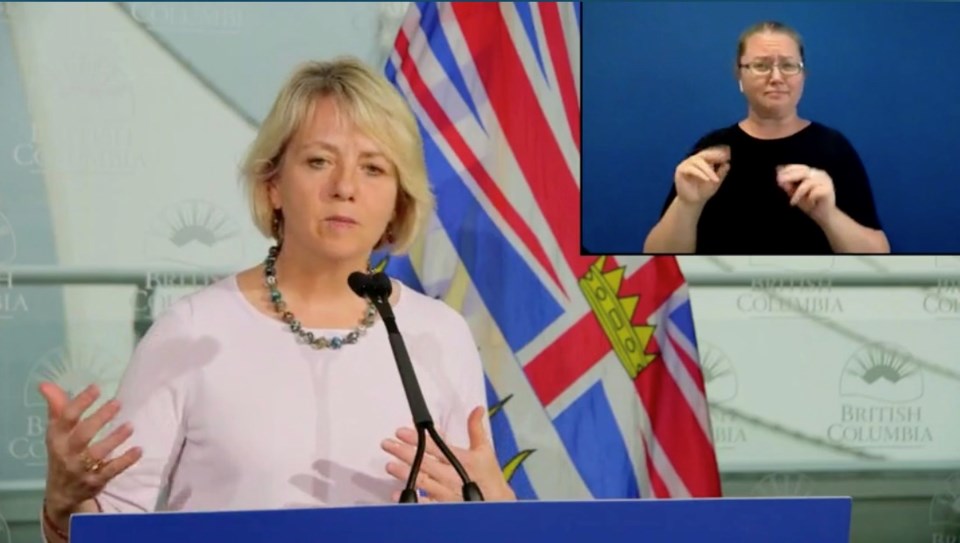 When provincial health officer Dr. Bonnie Henry gave her daily COVID-19 update, she was noticeably perturbed that British Columbia had reached a new high of 165 cases.

However that soon turned to optimism as she began to highlight the great cooperative nature of B.C.’s health authorities, post secondary institutions and businesses. Henry announced that through these collaborative efforts a new, innovative COVID-19 testing solution had been developed. Not only is the new test less invasive and less uncomfortable than traditional COVID-19 testing methods, but as a B.C. made solution it also reduces our reliance on the global market and global supply chains said Henry.

“On a positive note, we have some exciting new testing that we are able to provide for students in British Columbia,” said Henry. “Now for K-12 students we have an easier alternative than the nasopharyngeal swab that has been the standard. Today a new made-in-B.C. sample collection program has been launched for all k-12 students across the province and it is one of the first of its kind around the world.”

British Columbians aged four to 19 will now have the ability to gargle with sterile water and spit into a tube in order to be tested for COVID-19 rather than having a swab stuck up the nose to the back of their throat. Unlike the traditional swab, the saline gargle solution is not only more comfortable, but it does not need to be administered by a healthcare professional. Henry said that the focus on children is a matter of supply.

Henry thanked both scientists and businesses for their work in developing this new means of testing and making it accessible to students in British Columbia.

Despite this good news, there was one additional death of a senior in long term care in the Vancouver health region. There are also two new healthcare related outbreaks both in acute care units, one at the Delta Hospital and another at the rehab unit at the Peace Arch Hospital in Fraser Health. This brings the total number of active healthcare outbreaks to 15 with 802 active cases, 478 residents and 324 staff. Henry said the new high in cases is the result of both more testing and people increasing their social circles.

Bonnie Henry said that there are no new community outbreaks but the province continues to have exposure events.

There are no outbreaks in schools, at this point however Henry has said that there have been some teachers and students who have been in a school setting when they might have been infectious to others. Henry said that this was to be expected and that none of these have been high-risk exposures. Henry also reminded parents that they will be contacted by public health teams for any exposure or potential exposure, and that families will be contacted if self-isolation is required.