Ross Chafe's wife is seeking damages in relation to his May 31 death near Pemberton
Oct 29, 2015 5:30 AM By: Brandon Barrett 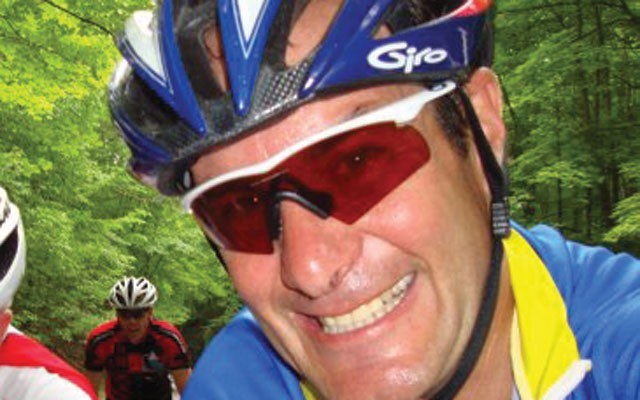 TRAGIC DEATH Ross Chafe was killed on May 31 near Pemberton after being struck by a car. Facebook photo

The Insurance Corporation of B.C. (ICBC) has filed a motion in B.C. Supreme court to be added as a third party in a civil action against the driver and owner of a vehicle involved in a fatal highway collision near Pemberton on May 31.

The motion allows the Crown corporation to contest the civil suit despite the fact that it is also denying insurance coverage to the driver, Samuel Alec, and the car's owner, Carmen Ned.

The third party notice comes as part of ICBC's response to a civil claim made by the wife of late Whistler resident Ross Chafe, one of the three victims of the accident, against defendants Alec and Ned.

Chafe's wife, Lizanne Bussieres, filed the civil suit Sept.17 in B.C. Supreme Court. In it, she alleged that the driver of a 1995 Chevrolet Cavalier, 43-year-old Lillooet resident Alec, crossed the centre line on Highway 99 north of Pemberton and struck Chafe head on.

Bussieres claims her husband's death was caused or contributed to by Alec's negligence, by operating a vehicle while intoxicated or otherwise impaired, by driving without due care and attention, and driving at an excessive or improper rate of speed.

The suit also alleged that Ned caused or contributed to Chafe's death by failing to properly repair or maintain the vehicle, and by consenting to allow Alec to drive the car while knowing "he was incompetent to drive by reason of impairment by alcohol or other intoxicants."

Bussieres is seeking damages in relation to losses suffered by herself and her three daughters, including loss of support, loss of household assistance, loss of inheritance and loss of guidance and companionship of their husband and father.

But in its esponse, ICBC stated: "The Third Party further denies that the accident... occurred as a result of any negligence on the part of the Defendants."

Pique's attempts to reach ICBC's lawyer on deadline were not successful.

Any damages, losses or expenses sustained by Bussieres and her children, countered ICBC, were "caused solely or partially by the negligence of the deceased Ross Henry Chafe," continues the Oct.16 response.

The provincial corporation claimed Chafe was riding his bike on the highway "without due care and attention or without using reasonable consideration for others," without taking "precaution to avoid the accident" or adequately warning Alec when the crash "was, or should have appeared, imminent."

It also claims Chafe failed "to ride his cycle as near as practicable to the right side of the highway" and that his ability to operate the bike was impaired by fatigue, illness, and other contributing factors.

ICBC opposed the granting of any relief sought in the suit.

On Oct. 28 ICBC sent a response to Pique stating: "This was, of course, a very tragic incident. As the legal proceedings are underway, we are limited by what we can say. :To be clear, ICBC is not accusing the cyclist(s) of anything. The third party notice is to flag any possible issues that should be explored as the court process moves ahead. "Our intentions are in no way to deny a fair settlement to any deserving party. This is very much part of the standard legal process called the pleadings process. During that time, the defense must lay out any potential scenario which may have occurred so it can be considered as part of the legal process. This must be done at the start of this process in order for all issues to be properly considered. "The reason we enter into cases like this, as a third party, is to ensure there is a fulsome defense given so that any settlement given is a fair one. This manages the cost of insurance to all customers. When there is enough evidence or a conviction, we can then look to recover that money if the driver who hit the cyclists was impaired."

Whistler mayor and lawyer Nancy Wilhelm-Morden is representing Bussieres in the case.

Alec was arrested Aug. 14 and faces 10 criminal counts, including three counts of criminal negligence causing death, impaired driving causing death and failing to remain at the scene of the accident, according to the RCMP.