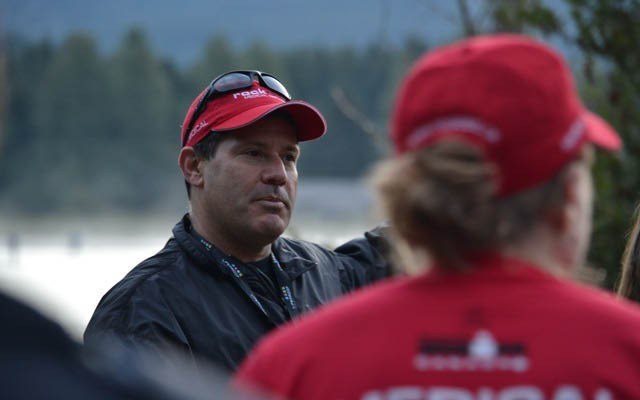 You name the rockstar — if they've played in Vancouver in the last 20 years or so, more often than not Dr. Sam Gutman has been the guy in the wings, ready to deal with any medical emergency to keep the show going.

A music fan first, he said, an emergency room doctor at Lions Gate Hospital next.

That meshing of love for music and medicine was the genesis for RockDoc Consulting — an event medical services company providing life-saving services for events like Ironman, Tough Mudder, and of course, musical extravaganzas like last weekend's Pemberton Music Festival.

"We're almost a portable ER in the field," said Gutman, of the distinct white medical tents, emblazoned with the universal symbol for healthcare, a red cross.

Picture high-tech, state-of-the-art health care in the heart of the bucolic Pemberton Valley.

According to Vancouver Coastal Health (VCH), roughly 1,000 patients rotated through RockDoc's care over the five-day festival, about half of them needing acute care.

Those are patients that would have crippled the small medical centre in Pemberton had it not been for the onsite private medical team, paid for by HUKA Entertainment, which put on the festival.

"That volume would have surely overwhelmed the Pemberton clinic," admitted Laurie Leith, operations director for VCH.

Even so, RockDoc's extensive MASH-like set up — 22 beds in the main medical tent with three resuscitation beds and 250 staff through the duration of the festival — could not save 21-year-old engineering student Nick Phongsavath who was found dead in his tent in the early evening of July 18. Efforts were made on scene to resuscitate the University of Regina student. He was pronounced dead at the scene.

"It's unfortunate," said an exhausted Gutman, making his way down the Sea to Sky highway after six days on site averaging three hours sleep a night. "It's certainly not the first time that somebody has gotten into trouble at a large-scale event."

The idea behind RockDoc, however, is to plan for the medical eventualities at mass gatherings, and predict and react to any other possibilities. The team worked extensively with Vancouver Coastal Health in preparation for the festival with a goal of keeping the host community safe from the onslaught of 20,000 potential patients.

"We're not just preparing to serve the event," said Gutman. "We're preparing to protect the baseline level of services in the community.

"You could argue that during the festival they have about five or six times the level of care that they normally have."

As it turned out, the extensive preparation paid off.

"The impact on the community was very, very minimal," said Gutman. "HUKA did the right thing."

Not every festival or event organizer is so compelled.

Gutman said Vancouver Coastal Health is on the ball with this issue, more so than other health authorities, as it looks this year to calculate the cost of these big-scale events on its bottom line.

"Sea to Sky is no different from anywhere else except in that they have awareness of this issue," said Gutman.

"They have an appreciation of the impacts on, quite frankly, their business."

"We did see larger volumes than normal, however, it was manageable," said Leith.

She said 23 patients came through Pemberton urgent care from Wednesday to Sunday directly related to the music festival. The Pemberton GPs saw another handful that came directly through their offices.

"We required the increased nursing staff and physician staff," she confirmed.

The cost to VCH will be tallied in a report at the end of the summer as the health authority looks to assess and manage the costs of large-scale events in the corridor.

RockDoc came back to Pemberton this year knowing what to prepare for, having acted for the first Pemberton Music Festival in 2008.

Alcohol and drugs are always a factor at these events, said Gutman, but the issue plaguing the '08 doctors and nurses were the dust and hayfever.

Respiratory problems accounted for 58-per-cent of the visits to the medical tent that year.

"We were prepared for that again but we saw very little of it," said Gutman. "They did a great job preparing the site."

The medical team was also prepared for the heat.

In the days leading up to the festival, as the temperatures rolled back from the mid-thirties to the low twenties, with the possibility of light rain, Gutman and his team breathed a sigh of relief.

"Heat and humidity can be a huge variable for us," he said. "We had a good heat contingency plan."

He has a particular affinity for the Pemberton Festival.

The 2008 event was the turning point for the Rock Doc.

"That was when the company was officially incorporated," said Gutman. "The '08 festival was really a landmark."

Now he works just one day a week as an ER doctor at Lions Gate. RockDoc consumes the rest of his time.

After a quick turnaround in the city for a day, catching up on sleep, Gutman is heading back to Whistler to prepare for Ironman for the second year in a row.

It's a different kind of preparation to Pemberton.

"It's an unbelievably difficult endeavour," he said of the ultimate of triathlons.

The team has a good idea of what it expects to see Sunday — dehydration, gastrointestinal issues, hyponatremia or abnormally low salt in the body caused by drinking too much water.

But it's the preparation for the unexpected that makes the difference.

Gutman recalled the trampling accident during the 2010 Games at the Olympic LiveCity Yaletown free concert with Alexisonfire. As the show kicked off to a crowd of 7,000, there was a "surge" from the crowd, breaking onto the venue's barricades, injuring 20.

"That was our team," said Gutman of the rush to gather the injured at the medical tent.

The site was cleared in 20 minutes as patients were assessed and transported to hospital accordingly.

"That's an example of appropriate planning," he said of the on-site medical response to the accident.

"I know what happens when an event doesn't prepare adequately."

There are event producers that have been putting on events for decades without appropriate medical plans.

"It's challenging," he said. "It's still in the early days of appreciation.

"There's a history of not preparing."

And an event in Whistler or Pemberton doesn't just effect health care in the corridor.

There were about seven transfers via ambulance from the festival site to a high level of care, said Leith; one more transfer out of the Pemberton health centre. HUKA provided the additional ambulance service, above and beyond what's in the community.

Gutman sees this impact directly at the ER at Lions Gate Hospital.

Take Crankworx, he said, of the 10-day mountain biking festival in Whistler.

"Crankworx doesn't just impact Whistler," he said, noting the transfers down to Lions Gate, which takes the acute cases from the corridor.

This year, for the first time, VCH is paying for the Mobile Medical Unit — a hospital on wheels — to park outside the Whistler Health Care Centre during the last half of Crankworx. It will go to the Squamish Valley Music Festival before that.

"There is a debate that these events are good for the community," he said, noting the economic spin-offs in the millions of dollars.

Admittedly the Rock Doc has a stake in how it all shakes out going forward, but he remains convinced: "That impact should be shared with the promoters of these large scale events."