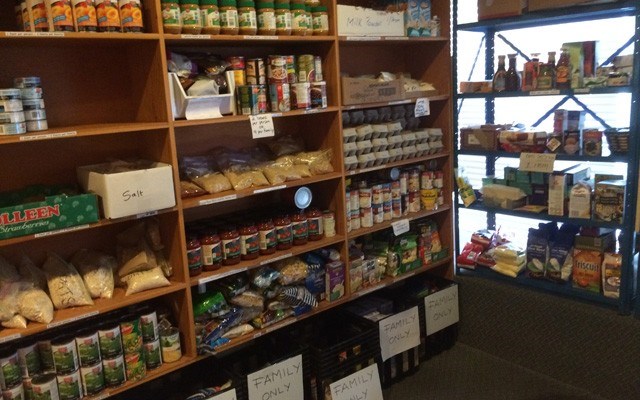 But just as Whistler's prosperity continues to grow, so too does its need for social services.

"There was also a significant shift towards long-term locals coming to the food bank," WCSS executive director Cheryl Skribe wrote in her annual report.

About 25 per cent of food bank users have lived in Whistler 10 years or longer.

The most common reason for having to visit the food bank in 2015 was once again injury, followed by people who are working full-time but simply can't cover the cost of living in Whistler.

But according to Graham Riches, emeritus professor and former director of the Department of Social Work at the University of British Columbia, the trend isn't just affecting Whistler.

"This isn't just a B.C. issue, it's a longstanding Canadian issue, and in many wealthy first-world countries food banks are on the rise," Riches said.

"I think it's a part of this growing inequality, and that needs to be understood, but I think my own sort of analysis of this is that we have to change the conversation."

Riches has been researching food banks for more than 30 years, and has written in the past about how food banks and corporate food charity keep hunger off the political agenda.

"We have to change the conversation from food charity to the right to food, and the right to food is about governments at all levels... being the 'primary duty bearers' in terms of their responsibility for the collective social well-being of their populations," he said.

"This is where I think the actions need to come."

In B.C. there are about 500,000 people who are considered "food insecure" — people who have to worry about or literally can't afford to put food on their tables, Riches said, while in Canada that number is about 4 million.

"My critique is really that (food banks are) undermining the right to food, and the right to food is really about people having sufficient income in their pockets so that they can go into a store like anybody else and purchase the food of their choice," he said.

Since food banks were first introduced in Canada in the '80s, they've become entrenched in local communities, supported by supermarkets and charity drives.

"The more that happens, the less urgency there is for governments to actually do anything about minimum wages, or ensuring that income supports are adequate, or that housing policy is addressed," Riches said.

In some ways, Whistler represents a kind of microcosm of what's happening in the wider society in terms of inequality, he added — more money being generated and more people benefiting at the top, while increasing numbers of people are finding it harder to get by day-to-day.

"On the one hand you've got this population sort of dining out at the expensive restaurants, and living and dining in hotels... and on the other hand you've got the people who are basically looking after them, who can't afford to eat," Riches said.

"It's a question of who owns Whistler, right? And where are those people in this debate? What do they understand their responsibilities to be to the local community?"