Whistler Search and Rescue is reminding people to go out prepared 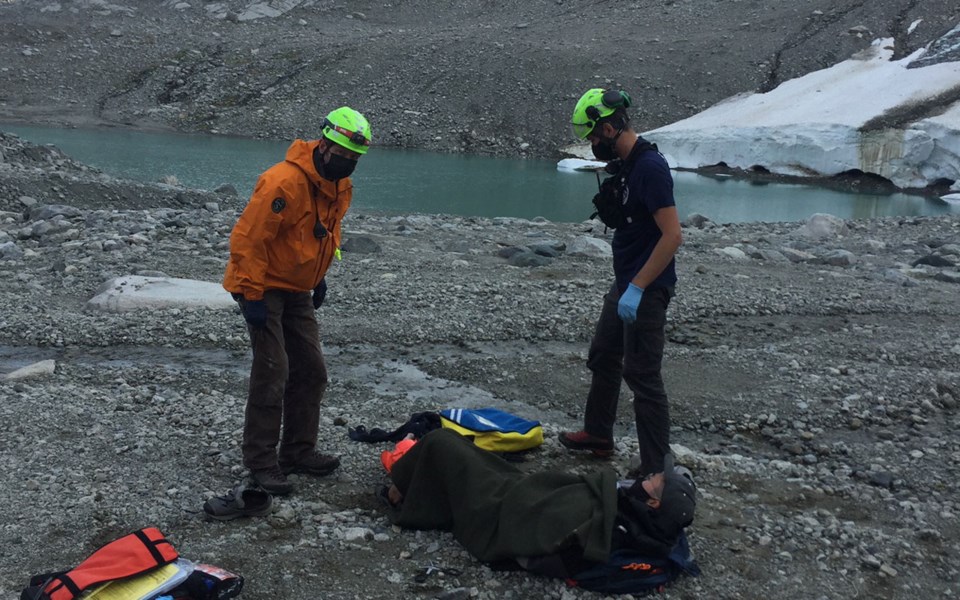 While Whistler Search and Rescue (WSAR) isn’t seeing ballooning call numbers like its cousins across the province, manager Brad Sills has noticed changes because of COVID-19.

In an Oct. 1 interview, Sills said that the limited access to Garibaldi Provincial Park, which was reopened in late July with a day-use reservation system, kept calls from surging compared to Squamish—Squamish Search and Rescue had already equalled its 2018 record for calls in a year by late September.

“The consequence of Garibaldi Park being closed was that our call volume was kept at an average amount. We didn’t see any increases here like some teams, which was a blessing,” he said. “For the calls that we did do, the transfer was pretty explicit. We were on Wedge Mountain three times and Wedge is not a place, traditionally over the last 10 years, that we’ve gone to more than once a year.

“But it was billed as being only a 20-minute car ride from Whistler.”

Sills said that the types of rescues and problems people are facing are changing as inexperienced recreationalists explore new terrain.

“People are turning to the backcountry, so we are being inundated with a whole new demographic of people that are new to backcountry travel. That learning curve is quite steep,” he said. “Typically, they’re falling prey to some pretty basic fundamental rules, like they’re dehydrated because they haven’t brought enough water, or they’ve exceeded their endurance because a trail is eight kilometres and they made it as an eight-kilometre hike, but it’s eight kilometres in and eight kilometres back out again and they hadn’t anticipated that.”

Sills added that the rescue of an injured hiker on Sept. 30 was a good example and offered many teachable moments.

Around 3 p.m. that afternoon, WSAR received a request for extrication from the BC Ambulance Service and the RCMP after a solo 25-year-old hiker was injured when he fell while exploring ice caves near Iceberg Lake.

Sills said that three members responded to the scene and the hiker was taken out by helicopter. The rescue took roughly two hours.

There was no immediate indication of the hiker’s condition.

“We just transferred him to the care of the ambulance and haven’t followed up with him as yet,” Sills said.

According to Sills, the hiker was fortunate to have been discovered by two unrelated hikers, as he was injured and immobile in an area without cellular service, and the area does not see much mid-week traffic at this time of year. One of the responding hikers returned to cell-phone range and notified authorities.

Sills used the incident to reinforce safety messaging for those looking to explore the backcountry, especially at this time of year. Firstly, solo hiking is dangerous and ill advised, especially when heading into an area without cellular service. As well, ice caves are unstable at this time of year, and people should complete a careful assessment before entering. Lastly, hikers should be prepared to spend a night in the backcountry in case of an emergency like this, and that means preparing for winter conditions. While the injured hiker had some of the recommended gear, Sills reiterated that proper preparation is key to survival.

“He had some gear. More than the average [hiker],” Sills said. “But he would have had an extremely uncomfortable evening if he had had to spend the night.

“He had bear spray, which was great, and he had a light cotton sweatshirt and a windbreaker.

“It’s winter up there at this time of year at night time.”

Full WSAR backcountry advice is available at whistlersar.com/backcountry-tips-before-you-go and www.adventuresmart.ca/tripplanning/planning.htm.