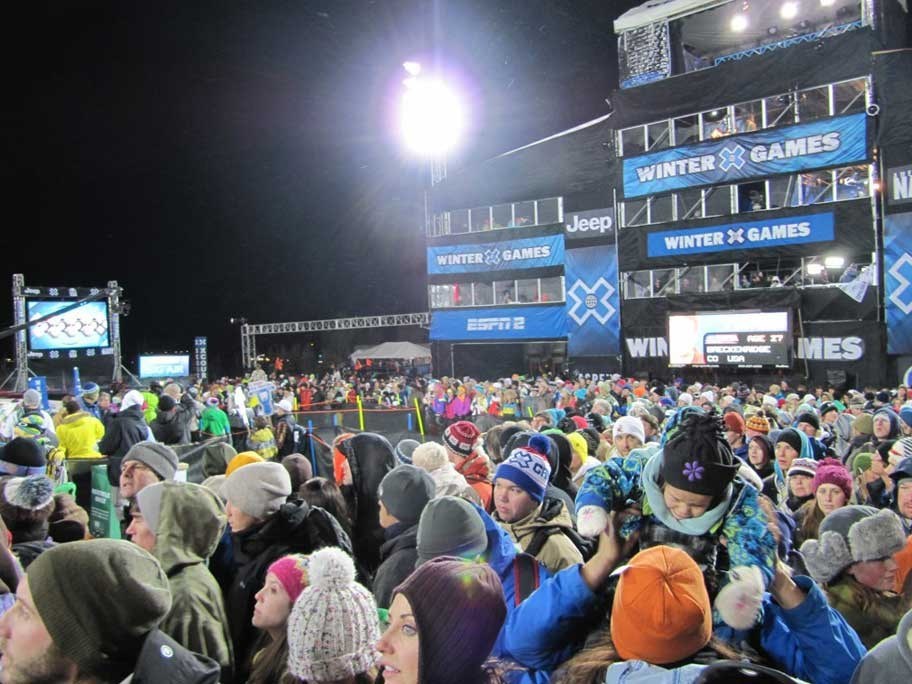 Whistler Council will be asked to contribute $250,000 annually for three years as part of a bid to win a Winter X Games event for the resort.

The request will be made to council on Tuesday, Feb. 7 at its regularly scheduled meeting, and follows the return of a Whistler delegation to the X Games in Aspen last weekend. The delegation was comprised of several members of the Local Organizing Committee (LOC) to win the new X Games spinoff event.

"Overall ESPN has really embraced our bid and done everything it could possibly have done to help us through to the next stage," said Sue Eckersley, the president of Watermark Communications. Watermark produces the 10-day Telus World Ski and Snowboard Festival, which would include the four-day Global X Games event.

Whistler was shortlisted this week by ESPN as one of six finalists to host X Games spinoff events to be held worldwide starting in 2013, with a commitment for three years. The other finalists are Sao Paulo, Rio de Janeiro and Foz do Iguacu in Brazil; Barcelona, Spain; Lisbon, Portugal; and Quintana Roo, Mexico.

"There is a ton of excitement from athletes for the potential and I would say ESPN is really excited about the potential of working with us as well," said Eckersley.

"I think one of the things that makes our bid so strong is that... (ESPN doesn't) have to start from scratch in terms of building a big event, between the Olympic experience that Whistler has and the experience we have every year with the TWSFF."

Eckersley said the idea is not to present a Winter X Games that is exactly like the one in Aspen, but to offer some unique aspects as well. And she said discussions were underway around the controversial snowmobiling component.

"We have had lots of discussions and ESPN is well aware of our concerns around the snowmobile portion of it, and the challenges around the Callaghan (Whistler Olympic Park venue)," she said. Environmental advocates are opposed to hosting a motorized sports event in the Whistler area, and there are wider concerns about hosting freestyle snowmobile events in a non-motorized recreation area.

Eckersley said the decision will be up to the comminuty, but "if we want the X Games there is definitely going to be a snowmobile component, so it is just a matter of where that is and what it looks like."

And, she added, while the TWSFF is successful, the broadcast potential of the X Games will provide year-round benefits to the resort.

According to a press release from the X Games LOC the sum total of economic activity is projected to be $77.2 million for British Columbia and $41.3 million for Whistler (as estimated by the Sport Tourism Economic Assessment Model and based on information provided from the Aspen X Games). This would make the Winter X Games Whistler the largest economic generator among annual events in Whistler.

The LOC's proposed financial investment package includes a commitment from Whistler Blackcomb and Tourism Whistler for $250,000 in annual funding each. Beyond the partner funding, significant value-in-kind commitments have already been made by the resort's accommodation sector and Whistler Blackcomb. Additional funding support is being sought from provincial and federal governments.

It costs between $16 and $18 million to put on the X Games and Whistler is looking to bring up to $5 million to the table. It is estimated that sponsorship sales could be in the range of $2 million.

"The main government funding we are seeking is from provincial and federal funding sources," said Mark Taylor, chair of the LOC.

"We believe there is a sound case for such government support based upon incremental taxes that the event will generate, as well as the marketing values received for tourism and legacy for sport."

ESPN will travel to Whistler in early March for a site visit. A final decision will be made as to the new City Hosts of the expanded Global X Games series in April.