Let's get to the bottom of this whole 'Haze Craze'

Hazy beers have exploded in popularity, and are the focus of WVBF's Master Crafters event on Sept. 13
Aug 29, 2019 9:00 AM By: Brandon Barrett 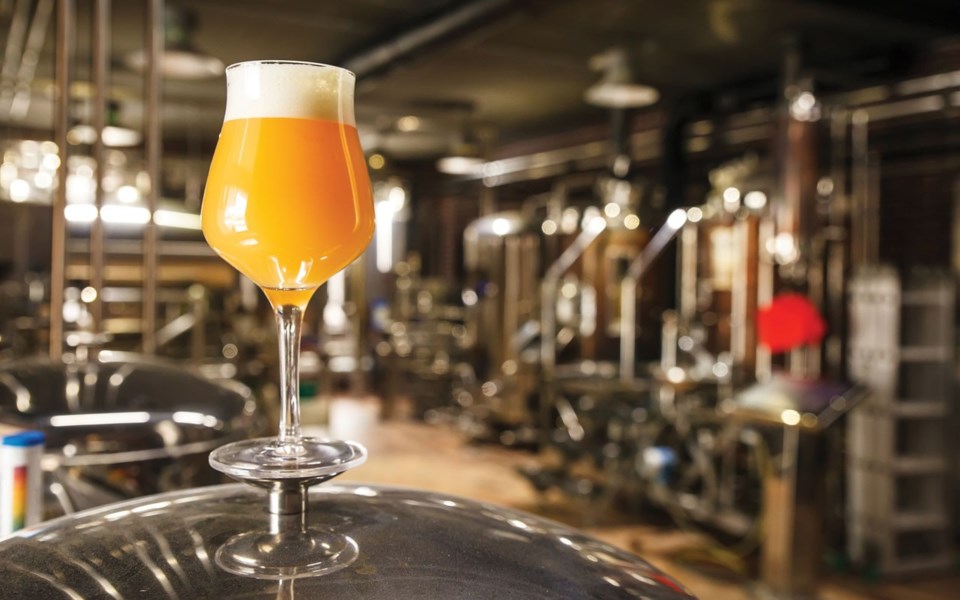 ALL IN A HAZE WORK Hazy beers have become so de rigeur that it's rare to find a craft brewery in B.C. without at least one on its roster these days. www.shutterstock.com

If the past few years are any indication, it's safe to say the future of craft beer in B.C. is looking hazy.

Virtually every brewery around counts at least one hazy beer on its roster these days. These typically fruity, fragrant beers have earned the nod of approval from drinkers looking for a flavourful brew that dials back the bitterness.

"Out of eight beers, we try to keep one or two as a hazy beer now. Effectively, it's driving sales," said Kevin Winter, co-founder of Coast Mountain Brewing in Function Junction. "They're very popular, man, and have taken over. Breweries are entirely built on hazy beers these days."

Coming out of New England more than a decade ago, hazy beers gained popularity thanks in part to their seasonal scarcity. The suspended yeast and vegetal matter, which adds flavour, means that hazy IPAs, in particular, generally have a limited shelf life.

"Basically you're just trying to get as much protein and polyphenols in the beer as possible. That's actually what creates the haze," said James Walsh, brewer at Coast Mountain.

Typically using Australian or New Zealand hops, the flavour profile of the average hazy tends to skew towards the tropical, with big citrus notes. "A lot of the new hops, you get papaya, grapefruit and lemon-lime instead of those more English varietals," Walsh explained.

Walsh believes the current haze craze is at least partially to do with the "IBU arms race" of the past few years, with brewers trying to out-bitter each other at every turn.

"There were so many people out there who, when you said the word IPA, they would cringe. They just immediately say, 'I don't like IPAs.' And they always tend to say that they don't like hoppy beers," Walsh added. "They assume that hoppy means bitter, which is clearly not the case in the haze craze. The haze craze helps showcase that and [drinkers] are getting to discover all these flavours you get from hops but without that intimidating bitterness that takes multiple beers to train your palate to enjoy."

The ubiquity of hazy beers has also brought new drinkers into the fold, especially the younger demographic, always on the hunt for the latest trend in a constantly evolving industry, posited Winter.

"These beers are brewed primarily with virtually no bitterness, so I think it has spawned a new drinking customer," he said. "The young kids these days always want to do something different, and a hazy beer, when you look at the thing, it doesn't make any sense. You're like, 'What? Why? I should be able to see through this beer.'"

The hazy boom will be on full display at the Longhorn on Friday, Sept. 13 at 7:30 p.m. at Master Crafters: Haze Craze, a battle of the brews that is judged by blind taste test, part of the Whistler Village Beer Festival.

"It's just a really even playing field," said Brittia Thompson, marketing manager for festival producer Gibbons Whistler. "You don't have the fancy branding, you don't have the name. You're relying on taste and the quality of your product alone."

Tickets are $30, available at showpass.com/master-crafters-haze-craze.