Following advocacy work by the Sunshine Coast Bear Alliance, including a petition signed by more than 500 people, Gibsons council has given first reading to a new wildlife attractant bylaw.
Apr 22, 2021 10:39 AM By: Sophie Woodrooffe 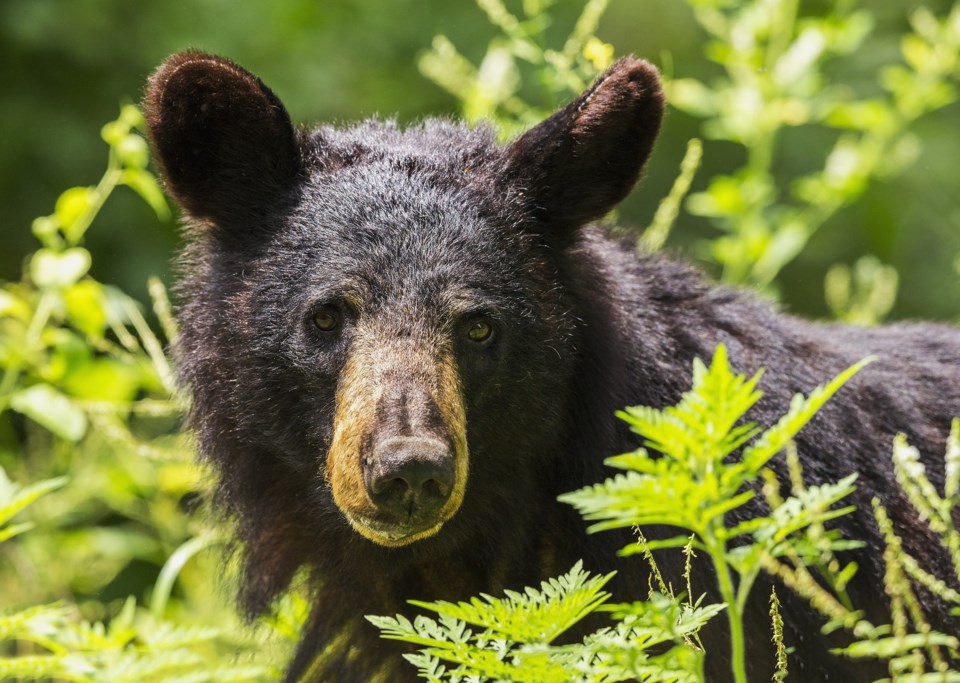 A black bear at rest in the forest.

Following advocacy work by the Sunshine Coast Bear Alliance, including a petition signed by more than 500 people, Gibsons council has given first reading to a new wildlife attractant bylaw.

The bylaw, introduced at an April 20 committee-of-the-whole meeting and given unanimous first reading at council that evening, also got support from bylaw enforcement officer Sue Booth, who assisted in its development with consultant Silas White.

Booth described the new bylaw as a “great opportunity we were given to actually address certain complaints we get that we so far haven’t been able to deal with.”

Penalties ranging from $100 to $200 would be applied for 12 proposed infractions, ranging from storing refuse so that it’s accessible to wildlife, improperly maintaining barbecue equipment to feeding wildlife. People could be fined for attracting wildlife with compost, fruit and nut trees and for housing poultry or bees.

A ban on birdfeeders from April to December, and a ban on outdoor fridges and freezers containing attractants were two reasons White said public input was needed as the process unfolds.

“There is a suggestion that the easiest way for bylaw enforcement to handle birdfeeders is just to say, let’s just separate them completely from bears during bear season,” he said during the committee-of-the-whole meeting.

Bears, cougars, coyotes and wolves are defined as dangerous wildlife in the bylaw. Also included as wildlife are racoons, “members of the family Cervidae (deer),” birds and rodents.

White said they leaned on communities in the Sea to Sky Corridor with similar bylaws already in place for their draft, including Whistler, known as a leader for its regulations.

Coun. Annemarie De Andrade said she was pleased to see the bylaw, and suggested an educational campaign could be added on BC Ferries routes, as well as communication with School District No. 46, and that all short-term rentals be required to post an informational poster outlining rules.

She was also interested in hearing from the community about the ban on birdfeeders, specifically. “I get it, it is an attractant,” she said, adding it could negatively impact birds, and may not be an issue in certain areas.

Coun. David Croal suggested a handout could be provided with business licence applications for short-term rentals rather than promotional work through BC Ferries. “I think it would be a better opportunity at the door to address it in our community,” he said.

Coun. Aleria Ladwig acknowledged backyard chickens are for the most part already banned, but flagged her interest in having a conversation about changing those rules during their term as council.

“I would like to see us treat backyard chickens the same way we’re treating fruit trees,” she said. “You’re allowed to have a fruit tree, they’re not banned, but you have to be responsible about them.”

Mayor Bill Beamish described the bylaw as “a good project to be moving forward with in this community,” adding council should also be prepared to adjust going forward.

He said staff have been tasked with coming up with a plan to communicate with the public and get feedback “in a timely way. Because we are in bear season.”