The North Shore’s three municipalities as well as the province and Metro Vancouver have been trying to cut down on the number of visitors coming to the North Shore’s most popular destination parks by closing their parking lots, banning street parking
Apr 14, 2020 3:22 PM By: Brent Richter 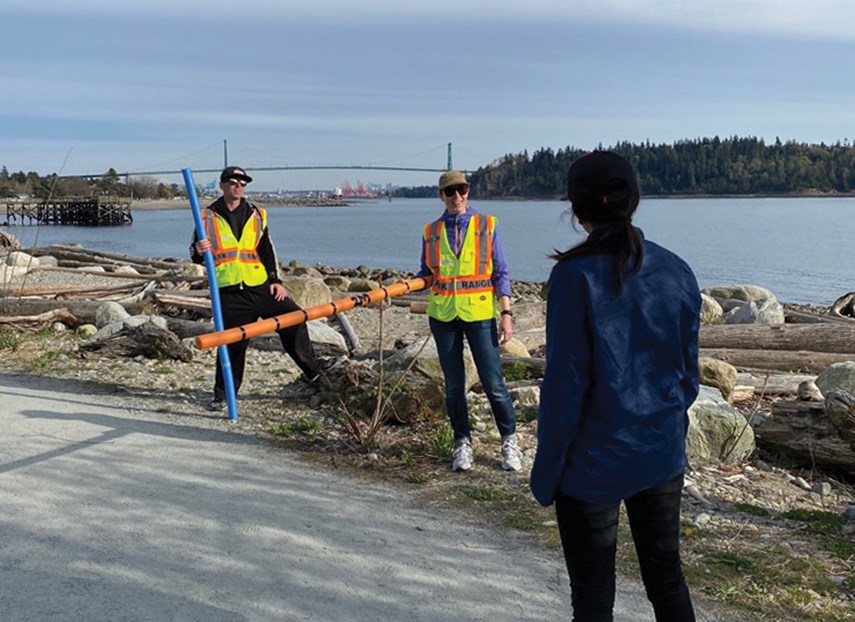 The North Shore’s three municipalities as well as the province and Metro Vancouver have been trying to cut down on the number of visitors coming to the North Shore’s most popular destination parks by closing their parking lots, banning street parking and enforcing local traffic only on nearby roads.

But still, people are showing up.

West Vancouver bylaw officers have issued 242 parking tickets since March 21, which staff say largely stem from people ignoring the new rules around parks, according to West Vancouver spokeswoman Donna Powers. Of those, 55 came over the Easter long weekend.

The area around Whytecliff Park was drawing the most outside visitors so the district closed the roundabout on Marine Drive/Nelson Avenue/Rosebery Avenue to local traffic only.

“Conditions greatly improved after these controls were implemented,” Powers said.

Other members of the public have shown a keen interest in seeing COVID-19 related rules enforced. Since March 21, the West Van staff have fielded 67 calls related to parks or business licence contraventions, social distancing complaints and traffic concerns. No tickets have been issued though.

“Enforcement of the provincial health officer’s orders cannot be carried out by municipal staff. The role of municipal staff is to support awareness of, and compliance with, the orders. This is done through education and communication,” said Powers.

In her daily press briefing Monday, Dr. Bonnie Henry said she encourages people to get outside for the good of their mental and physical health, as long as they are keeping a safe distance.

“We know this virus can’t magically jump between people,” she said. “People are out with their family, with their housemates, having picnics, sitting in the sun, going for a walk. Those are fine. It is the gathering together inside where we know this is most likely to be transmitted and I’m really grateful that most people are following the rules.”

West Van has redeployed some staff to work as park rangers, patrolling parks with two-metre long sticks to demonstrate the appropriate physical distance to reduce the risk of transmitting the virus.

The City of North Vancouver has also followed a similar strategy, sending out safety vest-wearing parks ambassadors to educate those ignoring the directive for physical distancing.

District of North Vancouver officers issued 70 tickets and a few warnings over the long weekend, mostly around Lynn Headwaters and Deep Cove, according to DNV spokeswoman Courtenay Rannard.

The bylaw and parks departments have been getting a “high number” of calls regarding COVID-19, including concerns about group gatherings and parking Rannard said.

Weekend violations should be directed to the RCMP’s non-emergency line, which can dispatch bylaw officers, Rannard said.

If businesses are violating the provincial health officer’s orders, DNV staff will investigate.

“If non-compliance continues following the district’s initial involvement, our bylaws team will contact the local health authority so they can follow up with the business accordingly,” Rannard said.