TORONTO — The Juno Awards are getting a stamp of approval from the country's postal service.
Apr 8, 2021 7:10 AM By: The Canadian Press 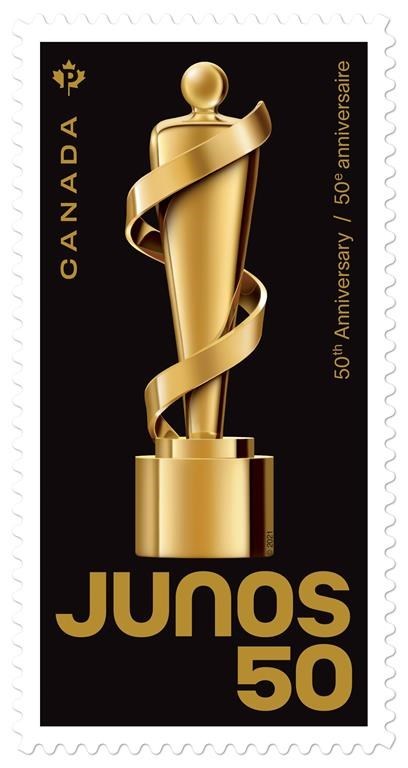 TORONTO — The Juno Awards are getting a stamp of approval from the country's postal service.

Before the winners' envelopes are opened at the big show in May, Canada Post has unveiled a commemorative stamp paying tribute to the Junos' 50th anniversary.

The black-and-gold stamp, created by Montreal-based design studio Paprika and illustrated by Amanda Arlotta, features the newly redesigned Juno statuette that winners will receive this year.

The Junos originally started as the Gold Leaf Awards in 1970 before they were renamed a year later in tribute to Pierre Juneau, the first head of the Canadian Radio-television and Telecommunications Commission.

The Juno Awards will take place in Toronto this year and broadcast May 16 on CBC.

This report by The Canadian Press was first published April 8, 2021.