Fifth consecutive year of growth for international tourist arrivals in the country
Feb 26, 2019 8:00 AM By: Elana Shepert/ Vancouver is Awesome 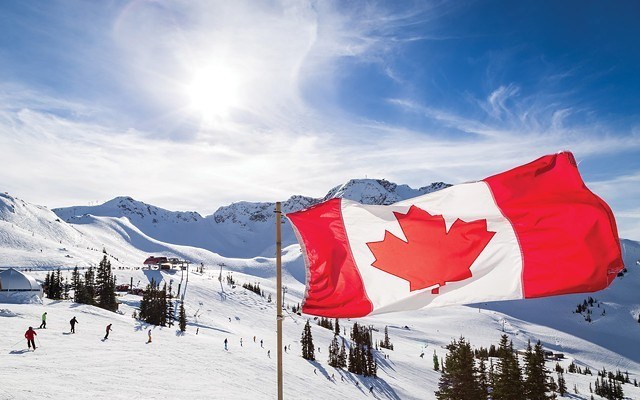 TOURISM GROWTH This is the fifth consecutive year of growth for international tourist arrivals in the country.

Destination Canada reports that Canada saw a record-breaking number of international visitor arrivals in 2018, as well as a whopping 21.13 million total tourists.

What's more, it was the fifth consecutive year of growth for international tourist arrivals in the country. The Crown corporation noted that visitors from China, France, and Mexico, as well as new flight routes and visa changes helped to push the number past the previous record.

For example, 737,379 tourists from China visited the country, which marked a six per cent increase from 2017. In fact, this was the first year that China passed the 700,000 mark.

Similarly, arrivals from France grew five per cent since 2017, with 604,166 arrivals, making it the first year that the European country passed the 600,000 mark. Likewise, Mexican arrivals also crossed the 400,000 threshold for the first time.

India also saw an impressive 15 per cent growth from the previous year, with 287,416 arrivals.

Visits from those parts of the world helped offset the declining number of visitors from Europe (-15,000 trips). In addition, December tourism broke a number of records. For example, a record-breaking performance in December brought 2018 U.S. arrivals to 14.44 million, the highest level recorded since 2004.

Destination Canada noted that the opening of new visa applications centres in China, Canada's third largest source market, helped push the needle for international visitations. It also highlighted that new flight routes, as well as increased service to Canadian airports and flight capacity, helped to increase travel to the country.

"These strong results reflect the passion and dedication of the thousands of Canadians who work in our tourism sector," said Ben Cowan-Dewar, Chairperson of Destination Canada's Board of Directors.

"Destination Canada has aligned industry partners across the country when marketing Canada internationally to give Canada a competitive edge and consistent voice to position Canada as top of mind for travellers from all over the world."

While a number of other countries saw a substantial increase in visitation, the U.K. remains the largest overseas market for tourists to Canada with 814,000 visitors. They represent 12 per cent of all overseas tourists to Canada.

Interestingly, the number of Canadians travelling overseas declined by two per cent to 12 million. What's more, this was the first time in 15 years that it has declined.

This story originally appeared on Vancouver Is Awesome on Feb. 26.

With files from Relax News.