Elections BC has received an "unprecedented" number of vote-by-mail package requests this year
Oct 13, 2020 6:26 PM By: Megan Lalonde 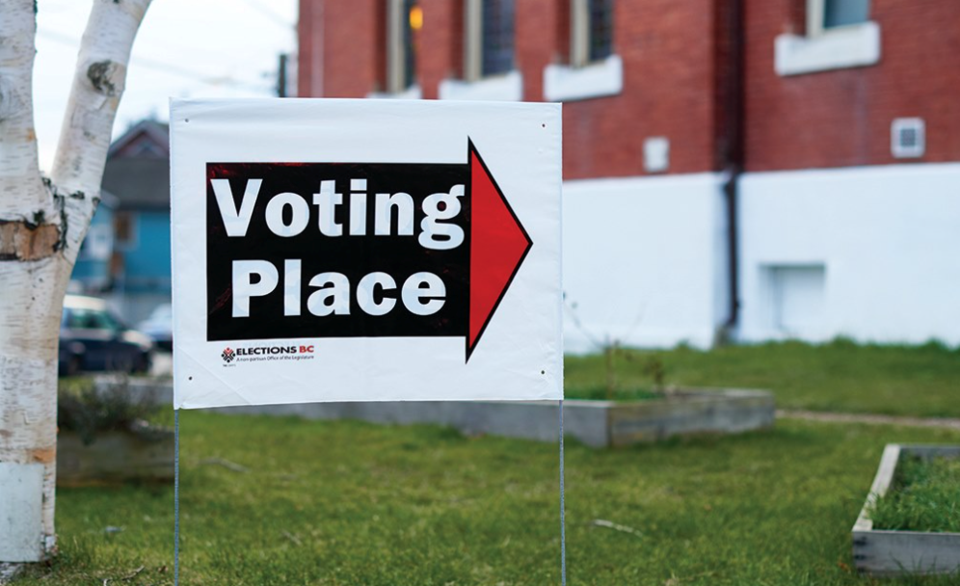 Photo courtesy of Elections BC

While British Columbians might not find out the results of this month's provincial election until General Voting Day on Oct. 24, there's no need to wait until then to place your vote.

Advance voting for the election begins this Thursday, Oct. 15 and is set to run until the following Wednesday, Oct. 21. The province has added one extra day to the advance voting period, making it a full seven days compared to six days during B.C.'s 2017 provincial election. The extra day aims to "give voters more opportunities to vote, and to help reduce numbers in voting places as a pandemic response measure," Elections BC explained in a news release issued Tuesday, Oct. 13.

Voting places within the Sea to Sky Corridor include the Whistler Conference Centre, Pemberton Secondary School, and the Ts'zil Learning Centre in Mount Currie. In Squamish, polls can be found at the Sea to Sky Hotel, the 55 Activity Centre, Don Ross Middle School, Garibaldi Highlands Elementary School, and Totem Hall. (Head to Elections BC's website for more information about where to vote, or check the Where to Vote app for updates.)

While not all voting places will be open on all seven advance voting days, voters can access advance polls from 8 a.m. to 8 p.m. local time, on the days each voting place is open. (Check the Where to Vote card you recieved by mail, visit the Elections BC website or call Elections BC at 1-800-661-8683 for those details.)

This year, far more British Columbians than usual are instead opting to vote via mail-in ballots. On Wednesday, Elections BC announced it has received an "unprecedented" number of vote-by-mail package requests, with 680,000 voters requesting vote-by-mail packages as of Oct. 13. Comparatively, 6,517 voters voted by mail in B.C.'s 2017 provincial election.

But with the high-demand, Elections BC warns that some voters, "especially those who request a voting package this week," will receive their ballots after this Saturday's recommended deadline to return it by mail.

British Columbians voting in person might notice a few new protective measures in place when they head for the polls, intended to prevent any transmission of COVID-19 at voting places.

According to Elections BC, those measures may include:

Or, voters can opt to show any two pieces of ID or documents that both display their name, wiht at least one piece showing a current address. Check out a full list of examples here. Voters who don’t have identification can also have their identity vouched for by another person, with a few stipulations.

B.C. south coast still under snowfall warnings despite many waking up to rain
Jan 24, 2021 10:46 AM
Comments