While they may look scary, bats aren't generally known to attack people in British Columbia. In fact, there are only a few species of the nocturnal creatures that feed on animal blood, and none of them are found in Canada.
Jul 17, 2019 8:05 AM By: Elana Shepert/ Vancouver is Awesome 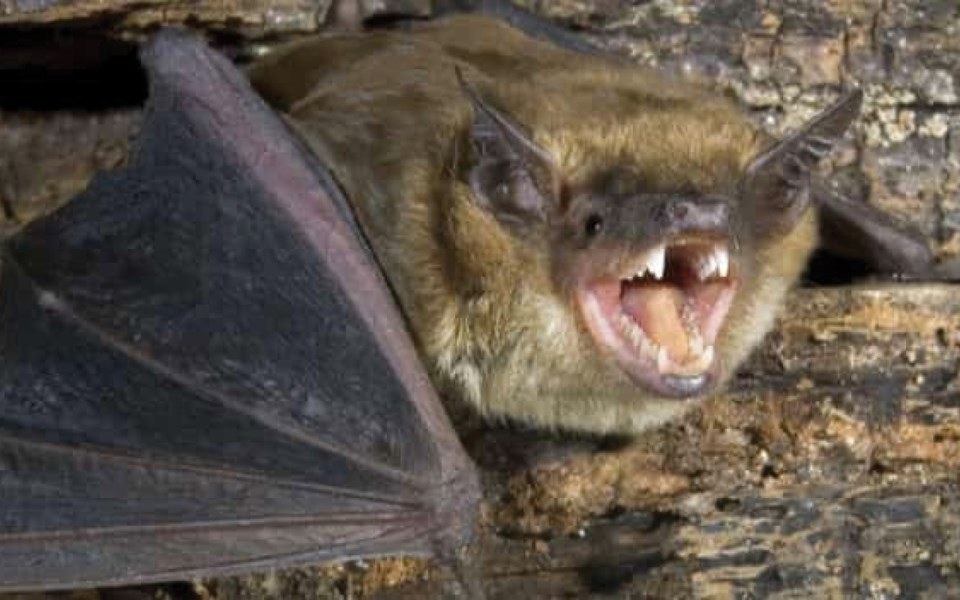 While they may look scary, bats aren't generally known to attack people in British Columbia. In fact, there are only a few species of the nocturnal creatures that feed on animal blood, and none of them are found in Canada.

Suspicious behaviour in bats includes weakness, loss of flight ability and daytime appearances. If a bat is hanging off the ground, it should not be considered suspicious.

Vancouver Is Awesome spoke to Dr. Eleni Galanis, Physician Epidemiologist, BC Centre for Disease Control, in an email, about which bats are most likely to carry rabies, as well as how much of a threat the rabies virus poses to humans.

"About 0.5% of bats carry rabies in BC but on average, 13% of bats sent for rabies testing are positive," clarifies Galanis.

So, a very small percentage of the winged-animals actually carry the virus, but are some species more dangerous than others?

"The proportion of bats positive for rabies does vary by bat species but it's difficult to differentiate between bat species so it's best to avoid contact with any bat," she cautions.

As such, while rabies is relatively rare, anyone who comes into contact with a bat should visit a health care provider. Galanis notes that once you show symptoms of rabies, is it too late to be vaccinated.

On July 15, news broke that a man on Vancouver Island had passed passed away from coming into contact with a bat. While he was receiving treatment at St. Paul's hospital in Vancouver, he was already showing symptoms compatible with rabies. As a result, it was too late for doctors to reverse the progression of the virus.

Currently, bats are the only animals in the province that carry the rabies virus. In other parts of Canada, rabies is found in wild animals such as bats, raccoons, skunks, red foxes and arctic foxes.

All mammals are able to transmit and become infected with rabies. Two forms of rabies seen in animals are 'furious' and 'dumb.' The furious form causes animals to show aggression, while the dumb form results in animals being sick and lethargic.

Green Leader Furstenau says party aims to run 87 candidates in election
Sep 27, 2020 4:54 PM
Comments
We welcome your feedback and encourage you to share your thoughts. We ask that you be respectful of others and their points of view, refrain from personal attacks and stay on topic. To learn about our commenting policies and how we moderate, please read our Community Guidelines.