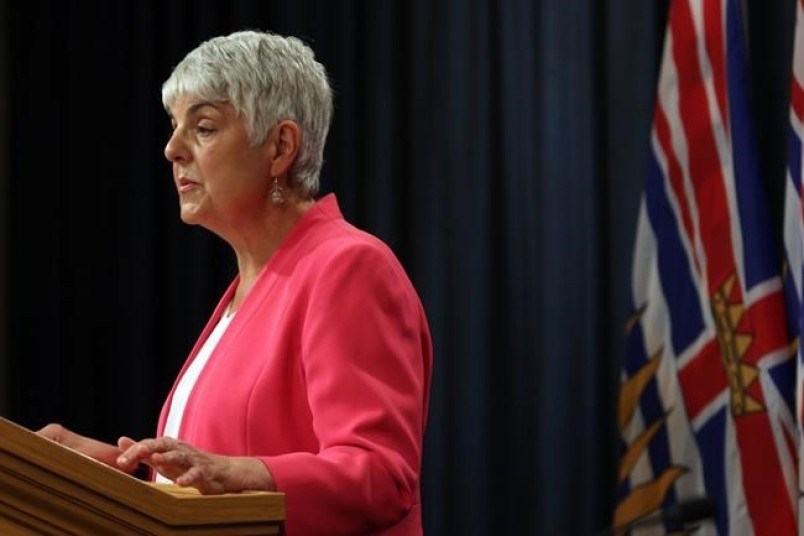 British Columbia's finance minister is promising to stay the course in her next budget to be tabled Tuesday in the legislature, while also monitoring potential storm clouds looming over the economy. Finance Minister Carole James releases the provincial public accounts report during a press conference at the press gallery at B.C. Legislature in Victoria, Thursday, July 18, 2019. THE CANADIAN PRESS/Chad Hipolito

British Columbia's finance minister is promising to stay the course in her next budget to be tabled Tuesday, Feb.18, in the legislature, while also monitoring potential storm clouds looming over the economy.

Since coming to power more than two years ago, the NDP has made controlling costs for families, with a focus on housing in particular, a hallmark of its economic policies.

Finance Minister Carole James said last week that the government's focus will continue to be affordability issues facing people in the province, along with improving services and maintaining a sustainable economy.

But as she warned in her last fiscal update, there are signs that economic growth is slowing and that is also a concern as she prepares to present a budget at the midway point of the NDP's mandate.

"Certainly we're seeing some moderation of growth in the economy, which makes it a more challenging year, there's no question about that, but makes it even more important to stay focused on the areas that are priorities for us," she said.

Premier John Horgan recently said the economy is strong and the budget is balanced, but he noted that people are still struggling to cope with costs like gas prices, car insurance and cellphone charges.

"I don't think any finance minister would say building a budget is easy. There are always more priorities than there are resources for."

In November, the Ministry of Finance stuck to its economic growth forecast of 1.9 per cent for 2020, below private sector estimates that were closer to 2.3 per cent. The second quarter fiscal report showed a revised budget surplus of $148 million, down $126 million from the prediction in the budget last February.

James said the government's approach to its budget has been affected by the amount of money the province has had to put into the Insurance Corporation of British Columbia, the Crown auto insurer that has lost $2.5 billion over the past two years.

The minister said she's been frustrated by having to spend money dealing with the ICBC crisis, when those funds could have gone toward programs and services.

The government recently announced plans to curtail legal costs in the public insurance system by severely limiting the ability of injured people to sue at-fault drivers after a crash. Premier John Horgan said the change would lower premiums by about 20 per cent or an average of $400 in annual savings per driver.

Overall, B.C.'s economy has remained strong, with the province consistently leading the country in economic growth.

In its first 2 1/2 years in office, the minority NDP government has brought in a new benefit that goes into effect in October that would help families with children up to 18 years old. The benefit provides up to $1,600 annually for families with one child, $2,600 for two children and $3,400 for three children.

Its central environmental initiative has been Clean BC, which received $902 million for programs to fight climate change including financial help for people who buy zero-emission vehicles, who retrofit and switch their homes to energy efficient heating, or replace fossil fuel home heating systems with electric heat pumps.