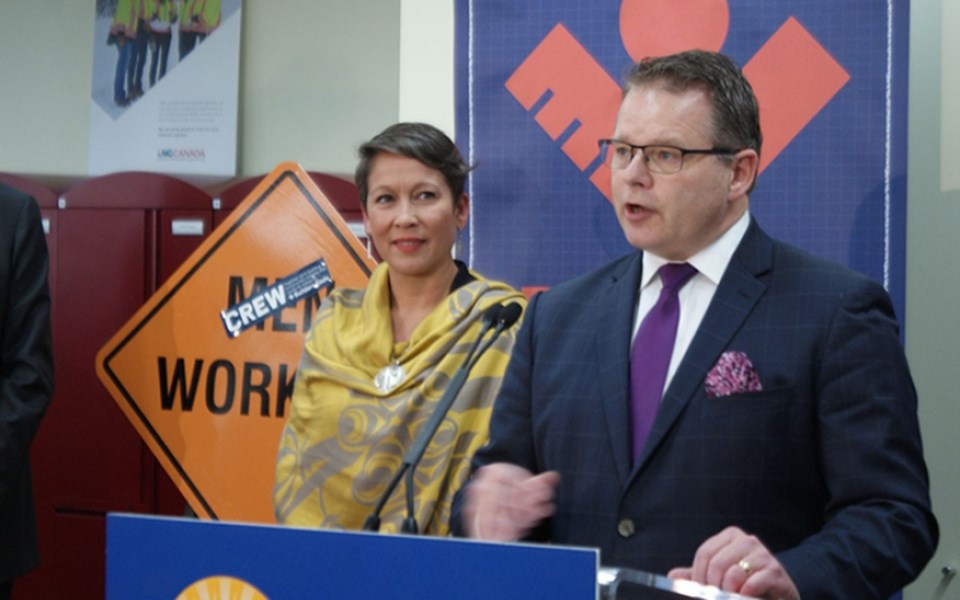 Currently, women make up just 4.7 per cent of the province’s construction trades workforce but the Builders Code aims to boost that figure to 10 per cent by 2028.

Mark said an expected 41,000 trades jobs are expected to open up in the next decade while at the same time women continue to be 50 per cent more likely to leave that workforce than men.

And, she said, it’s the culture that needs to shift.

The B.C. Construction Association (BCCA) said such a code of conduct is needed because there is no standard for behaviour on B.C. worksites, and that many employers lack the skills, knowledge or resources needed to take action against harassment or bullying on the job.

To that end, the province, with industry partners, has developed the voluntary standard code of conduct for all workers on construction sites in B.C. It expands the definition of construction safety beyond physical hazards to include stress or distraction caused by discrimination, bullying, hazing or harassment.

Further, the initiative gives contractors ways to attract and retain skilled tradespeople at time when B.C. is facing a skills shortage.

The pilot program offers no-cost posters, policies and training, as well as advice on mediation and conflict resolution from human resource management experts.

“A skilled tradesperson is a valuable asset, not a gender or demographic,” BCCA president Chris Atchison said. “Jobsite behaviour is not a women’s issue, it’s a business issue.”

The code is an initiative of the Construction Workforce Equity Project, funded by the Ministry of Advanced Education, Skills and Training through the Sector Labour Market Partnerships program. Premier John Horgan announced $1.8 million to support resources aimed at removing barriers to women's participation in the construction trades a year ago.