VANCOUVER — Solicitor General Mike Farnworth is declaring a state of emergency in British Columbia to allow the preservation of supply chains delivering groceries and other essential items.
Mar 18, 2020 5:58 AM By: The Canadian Press 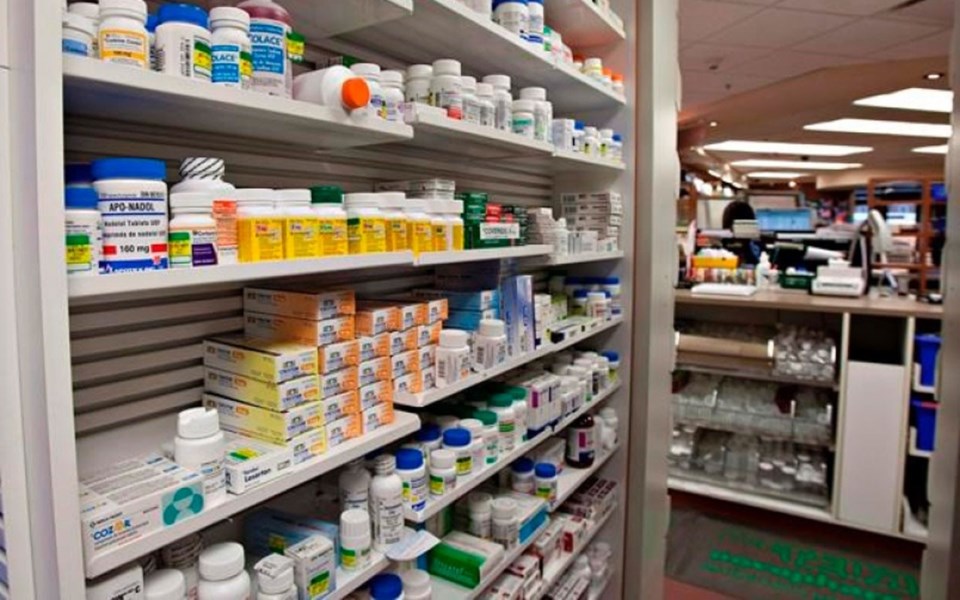 A shelf of drugs at a pharmacy on March 8, 2012 in Quebec City. Photo by THE CANADIAN PRESS/Jacques Boissinot

VANCOUVER — Solicitor General Mike Farnworth is declaring a state of emergency in British Columbia to allow the preservation of supply chains delivering groceries and other essential items.

The move follows Tuesday's declaration of a public health emergency in B.C. over COVID-19.

Farnworth says it will also mean a quicker, co-ordinated response between federal, provincial and local governments, calling it an "all hands on deck" approach.

In Vancouver, Mayor Kennedy Stewart is convening a special virtual council meeting on Thursday aimed at getting support for the declaration of a local state of emergency during the COVID-19 pandemic.

Stewart says the measure would allow the city to take action against people who are hoarding.

It would also let the city act on businesses that have remained open when they should be closed to prevent the spread of the disease.

"I am very concerned that people still are not taking this seriously," Stewart told a news conference on Wednesday.

Pharmacists in British Columbia, meanwhile, are now able to provide medication refills to patients without an updated prescription from a doctor or nurse practitioner.

Health Minister Adrian Dix announced the change earlier this week in an effort to avoid non-essential visits to physicians, freeing them up to focus on halting the spread of COVID-19.

The College of Pharmacists of B.C. says its member can offer refills or emergency supplies of medications, including controlled drugs, such as opioids.

A statement from the college says this will help patients avoid crowded medical offices, allowing safe social distancing, and will also free up medical professionals to treat more urgent cases.

The college advises patients with compromised immune systems or those at an increased risk of the more severe effects of COVID-19 to refill prescriptions now, rather than visit a clinic if they do become ill.

But the statement says there is no need to stockpile medications because that practice could harm the drug supply while putting others at risk.

"The situation regarding COVID-19 continues to evolve here in B.C., Canada and other jurisdictions around the world," the statement says.

The college says it is working closely with the Ministry of Health and other partners "to support the response to this new illness as part of B.C.'s health system."

This report by The Canadian Press was first published March 18, 2020.