Measures do not include tax deferment request of region’s mayors
Apr 16, 2020 3:30 AM By: The Canadian Press / Glacier Media 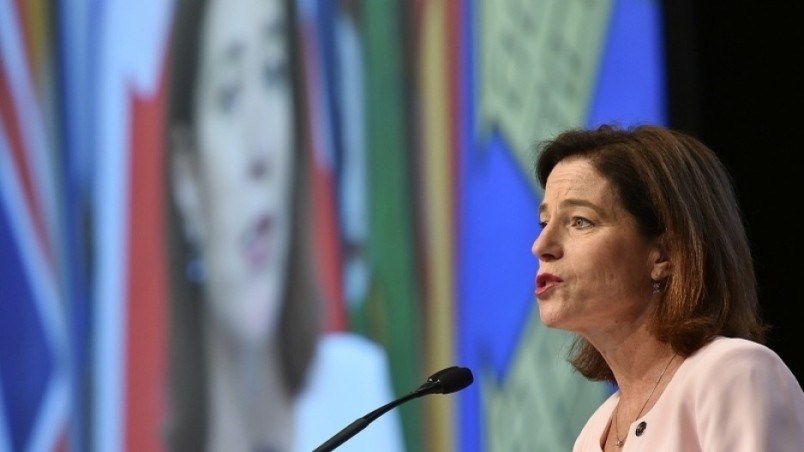 B.C.'s minister of municipal affairs announced a series of measures Thursday aimed to help money-losing municipalities get back on their financial feet during the pandemic.

Selina Robinson said the measures, which include giving municipalities "greater flexibility" to carry debt for an additional year, is a first step in addressing local governments' cash flow needs.

"Based on our analysis, this will make a difference [immediately] and get them through the crunch that many are experiencing," Robinson told reporters.

Other measures include allowing local governments to borrow interest-free from their existing capital reserves to help pay for operating expenses, such as employee salaries.

Government will also delay provincial school tax remittances until the end of the year. The government says this will provide significant relief to municipalities facing cash flow issues.

The measures do not address the request of Mayor Kennedy Stewart and the region's mayors to have the B.C. government expand the existing provincial property tax deferment program to support property owners facing financial hardship.

Stewart's request last week for a $200 million injection of cash was also not granted, which was not a surprise since the mayor previously told reporters he heard over the weekend the money wasn't coming.

"We recognize it's absolutely going to take hard work from both municipalities and the provincial government, but again, working together we will get through this," Robinson said in response to a question about the $200 million request. "Our approach is really to ensure that local governments have cash flow during this evolving situation, and we're going to continue to work with them."

Maja Tait, president of the Union of B.C. Municipalities, said in a government news release the new measures will free up funds for local government.

"UBCM will monitor the impact of these measures on the state of local governments finances, and work with the province to ensure that local governments have the resources to sustain their communities," Tait said.

The minister's announcement came the day after Stewart continued his ongoing plea to senior governments to help out the City of Vancouver, which is losing $4 million to $5 million per week in revenues.

Stewart's office said Thursday it was reviewing the minister's announcement and would likely provide a statement later in the day.

A Vancouver city staff report released last week estimated the city could lose up to $190 million by year's end, if the pandemic persists and physical distancing measures remain in place.

The mayor suggested that such a loss in revenues, which is connected to the city closing community centres, libraries, pools and suspending parking enforcement, could be greater if citizens are unable to pay their taxes.

The staff report said that every 10 per cent increase in the number of people who don't pay their taxes results in a $130 million decrease in property tax and utility payments received.

Stewart released an online survey Sunday conducted by Research Co. that revealed 25 per cent of respondents said they could only afford to pay half of their 2020 property tax bills, while six per cent can't afford to pay any amount.

Stewart told reporters Wednesday the city wasn't going bankrupt but said all municipalities are in financial trouble, including those in Canada's other big cities.

"I think all mayors would reasonably agree their city finances would be devastated if property owners are not able to pay their full property taxes, as our research shows may be the case for up to 35 per cent of our residents," he said. "That is why we need to hear from the provincial and federal governments right now as to how they are going to help us. If they are not going to help us, tell us. If they are going to help, tell us. Don't leave us hanging in the middle of this massive crisis."

Dr. Bonnie Henry honoured at mural exhibition, picks up Fluevog shoes in Gastown
Jul 4, 2020 11:52 AM
Comments
We welcome your feedback and encourage you to share your thoughts. We ask that you be respectful of others and their points of view, refrain from personal attacks and stay on topic. To learn about our commenting policies and how we moderate, please read our Community Guidelines.