Innergex says BC Hydro obliged to pay for power it has been ordered to stop generating
May 25, 2020 5:54 AM By: Nelson Bennett 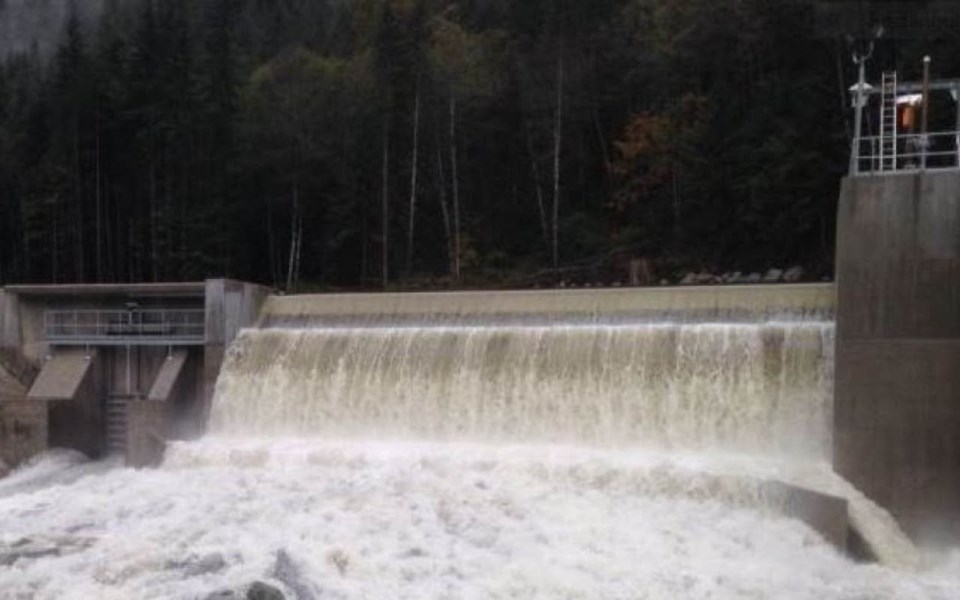 The Tretheway Creek run-of-river power plant near the top of Harrison Lake is one of six owned by Innergex that must curtail production. | Innergex

At least one independent power producer in B.C. has been told by BC Hydro to stop producing power, as a result of plummeting demand during the COVID-19 pandemic.

Innergex Renewable Energy Inc. (TSX:INE) says BC Hydro has informed the company that it will not accept or pay for power that Innergex produces at six of its 21 run-of-river power generating facilities in B.C. from May 22 to July 20.

Clean Cnergy BC confirms that other independent power producers in B.C. have also been notified that they will be expected to curtail power production.

Innergex says it stands to lose $20 million in revenue as a result of the curtailment order.

Innergex says BC Hydro is claiming a "force majeure" event as a result of the pandemic's impact on power demand in B.C.

While it acknowledges that BC Hydro has "turn-down" rights, it insists that the power utility is obliged to pay Innergex not to produce power – something BC Hydro appears inclined not to do -- under electricity purchase agreements (EPAs).

"Innergex disputes that the current pandemic and related governmental measures in any way prevent BC Hydro from fulfilling its obligations to accept and purchase energy under the EPAs or enable it to invoke "force majeure" provisions under the EPAs to suspend these obligations," Innergex says in a news release.

"Where BC Hydro exercises this right, it is required under the EPAs to compensate Innergex for energy that would have been produced at the facilities in the absence of the curtailment."

The demand for power has fallen in B.C. as a result of the COVID-19 pandemic.

In April, BC Hydro confirmed that, since COVID-19 measures went into effect on March 16, commercial electricity load was down 10% compared to previous years. The demand from restaurants decreased 29% and hotels 27%. Demand from offices decreased 16%.

Demand on the residential side increased 8%, as more people worked from home.

At the same time BC Hydro is ordering Innergex to cut power production, B.C. has recently seen an increase in power imports from the U.S., and sales to Alberta.

North America may see some frenzied power trading, as utilities everywhere suddenly find themselves with surpluses and scramble to trade it. Lockdowns as a result of pandemic containment measures have reduced power demand the world over.

The International Energy Agency (IEA) estimates global electricity demand to have dropped 20% during the pandemic, and expects a 1.5% on an annual basis for 2020.