B.C. looking for ‘sweet spot’ when it comes to opening province back up

Safe contacts could double from current levels and still be manageable if done right, says Dr. Bonnie Henry
May 5, 2020 5:25 AM By: Cindy E. Harnett/Times Colonist 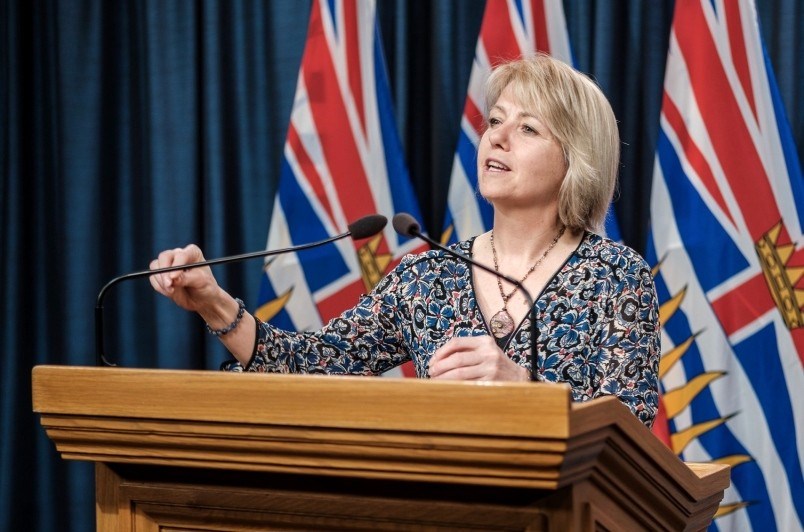 “Our challenge is to have that sweet spot, somewhere around increasing our contacts by at least half, or twice as many as we have now, but without allowing those opportunities for rapidly increasing growth in communities.”

New cases of COVID-19 since control measures were put in place in mid-March have seen a “dramatic and sustained” decrease, said Henry, citing data tracking COVID-19 in B.C. from Jan. 1 to April 29.

That contrasts with dire scenarios envisioned in late March of thousands sick and hospitalized, based on experiences in northern Italy and Hubei, China. That modelling was abandoned midway through April, and current models are based on the province’s experience.

Measures imposed since mid-March have reduced British Columbians to about 30 per cent of their normal contacts, Henry said—including school closures, bans on gatherings of more than 50 people, closures of parks, restaurants and bars, bans on visiting seniors in care homes and patients in hospital, restrictions on non-essential travel by air and ferry and an increased number of people working from home.

According to a graph presented by the provincial health officer, new cases would almost peter out by July.

Doubling current safe contacts to 60 per cent shows increased cases and hospitalizations, “but they would be manageable,” Henry said.

Increasing contacts to 80 per cent, however, would allow the virus to “increase exponentially,” she said. “We might be in a situation we have seen in other places around the world, where we have a rapidly increasing outbreak and a rapidly increasing number of people who need hospitalization.”

Henry, who called the current situation the “end of our beginning of this pandemic,” said there is room to increase social connections, “to increase our work, to increase our school and daycare and childcare.”

B.C. Premier John Horgan is expected to speak this week about easing of restrictions, which he has said will be a “slow, methodical phased-in approach.”

For this summer, that may mean allowing team sports under restrictions, for instance, said Henry. The order capping all gatherings to 50 people and recommendations to keep a physical distance of two metres from anyone outside safe contacts would remain in place. “Smaller is better; outside is safer than inside,” said Henry.

Henry has said officials will not open some sectors until they are sure there are workable plans for protection. She pointed to a graph from Johns Hopkins Education and Research Center for Occupational Health and Safety showing the most effective controls are physical-distancing, followed by engineered controls such as barriers at cashier counters in stores, and administrative controls including one-way store aisle markers. The least-effective controls are personal protective equipment, including masks.

She presented data on Monday showing who gets sick from COVID-19, who requires hospitalization and life-saving measures and who more often dies.

Most of the people who have been sick with COVID-19 in B.C. have been between 30 and 60, but most of those requiring hospitalization are in their 70s, 80s and 90s, although some people in their 20s and 30s have required critical care.

Of those infected, about 44 per cent have been male. Two-thirds of those who ended up in hospital have also been male, and almost three-quarters of the COVID-19 deaths were men.

“This is a phenomenon that we’re seeing around the world, that men are more likely to have more severe illness, to require hospitalization and to die from COVID-19,” said Henry. “And we really don’t understand why.”

Fifty-three people have tested positive for COVID-19 since Saturday in B.C., bringing the total to 2,224, including 124 in the Vancouver Island Health Authority.

The province announced three additional deaths, all in long-term care, for a total of 117 who have died in B.C. Four people have died on Vancouver Island.

Of those who have tested positive, 1,417 have fully recovered.

This story originally appeared in The Times Colonist on May 4.