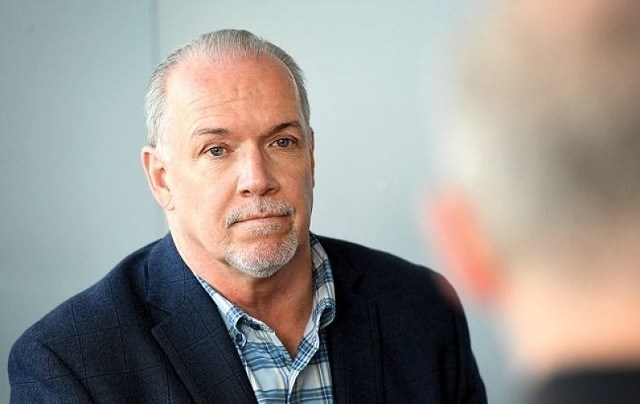 Horgan says as B.C. prepares to shift its clocks to daylight time on Sunday, he wants to explore the possibility of California, Washington, Oregon and B.C. being on the same time all year long.

He says he's written to the governors of the three states asking for updates on their views about time changes.

Horgan says the issue is a matter of debate in B.C. but change isn't imminent, even though he believes it makes sense if the three states and B.C. act together on the issue.

He says if any one of the three states acted alone it would have a significant impact on B.C.

Horgan says B.C. can switch to a single time zone without federal approval but the states require an act of Congress.

"I understand that all of our Pacific coast jurisdictions are currently considering the same issue, albeit in different ways," says Horgan's letter.

"It is clear, however, that a change in any of these jurisdictions in our time zone would have significant impacts on B.C.," the letter says. "It makes sense to me that we move in unison on this matter."

ICBC spends $100,000 on reflective armbands
Sep 20, 2020 10:32 PM
Woman in hospital after stabbing in East Vancouver parking lot: Police
Sep 20, 2020 5:49 PM
Plan approved for new care tower at hospital in Prince George, B.C.
Sep 20, 2020 5:30 PM
Comments
We welcome your feedback and encourage you to share your thoughts. We ask that you be respectful of others and their points of view, refrain from personal attacks and stay on topic. To learn about our commenting policies and how we moderate, please read our Community Guidelines.