B.C. receives 173 cannabis shop applications but only one store opening Oct. 17 — and it's not in Whistler

Online cannabis portals bracing for surge of orders as legalization looms
Oct 15, 2018 8:00 AM By: Canadian Press 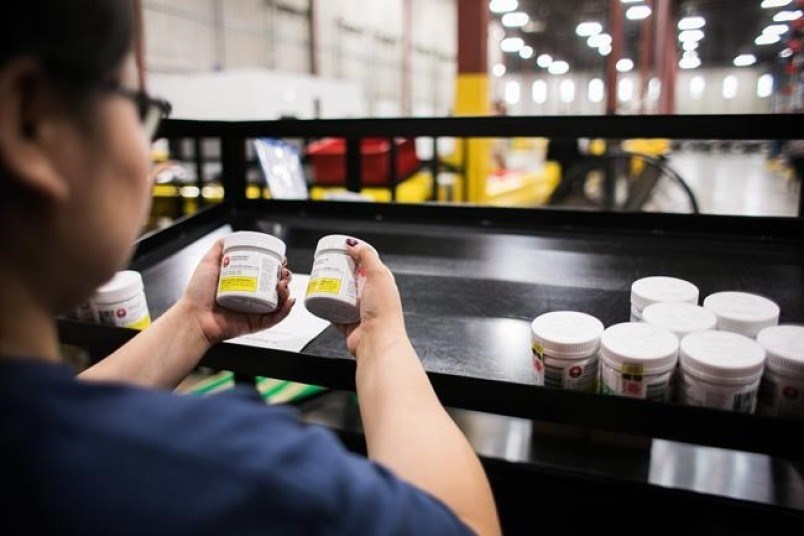 B.C. receives 173 cannabis shop applications but only one store opening Oct. 17-and it's not in Whistler

Farnworth said other outlets would follow the approved store in Kamloops with more cannabis shops opening in the coming months though there is no firm timeline for when that will happen.

Of the 173 applications received so far, 62 have been reviewed and submitted to local governments for further review and 35 of those are in the latter stages of the approval process, he said.

Farnworth said Wednesday's (Oct.17) legalization of marijuana across Canada is a historic day that represents a major public policy shift.

He added that he is confident the government's online services providing cannabis to British Columbians will function properly.

As many as 100 locations across the country may be ready to sell cannabis when recreational pot becomes legal across the country, but most Canadians' first purchase of legal pot will likely be at the click of a button.

Provincial and territorial governments and private retailers said they believe they're ready for the surge of online shoppers, but it is unclear how high pot demand will actually be.

The Alberta Liquor and Gaming Commission has been testing their online cannabis sales portal developed with OnX Enterprise Solutions to iron out any issues before it goes live and is "feeling good to go," said spokeswoman Heather Holmen.

"Like anything, we can't offer any guarantees," she said. "We may find that there's a major onslaught of inquiries and it could have effects on consumers' ability to get into the online store."

The first purchases of pot when online portals open at 12:01 a.m. local time on Oct. 17 will make Canada one of the few countries in the world to legalize and regulate recreational cannabis, and marks a historical shift in the country's drug policy.

The cannabis market in Canada, including medical, illegal and legal recreational products is expected to generate up to $7.17 billion in total sales in 2019, according to a recent Deloitte report. Of that amount, legal sales are expected to contribute more than half, up to $4.34 billion, in the first year, Deloitte added.

Under Canada's framework for medical marijuana, the only legal way to purchase the drug is online directly from licenced producers for home delivery and e-commerce is likely to play a major role for recreational cannabis as well.

The final number of pot outlets that will be ready for Oct. 17 remains hazy, but an estimated 35 per cent of the country's population is expected to have access to a cannabis outlet within 10 kilometres or less of their home during the fourth quarter of 2018, a recent Statistics Canada study showed. That compares to 90 per cent of Canadians being within 10 kilometres of a liquor store currently, StatCan said.

"PEI Cannabis anticipates that its retail stores and its online store ... will be very busy on opening day, Oct. 17 and the weeks following that date," said Hughes.

Data from Canada's existing medical marijuana system as well as information from the U.S. - where states like Colorado have already legalized cannabis for recreational use - can be useful as a guide, said Mark Barbour, a spokesman for NB Liquor.

The latest data from Statistics Canada showed that licensed cannabis producers made 135,062 shipments to medical users in June.

"At the end of the day, we really don't know," said Barbour. "It's a new industry here in Canada ... We are prepared for every scenario."

E-commerce software provider Shopify Inc., which Ontario and B.C. along with some private retailers have selected to power their cannabis websites, isn't worried about the volume of hits and purchases on Wednesday.

"I don't expect cannabis launch day to be any larger," he said.

Demand issues aside, there are growing concerns about adequate supply. Aphria's chief executive Vic Neufeld said last week to expect "sold out signs" as supply chain issues abound. Think-tank C.D. Howe also warned in a report last week that current supplies of cannabis in the fourth quarter would only meet between 30 and 60 per cent of total demand.

Whether or not a legal recreational portal will entice existing cannabis users to switch from their black market source remains to be seen, said Brad Poulos, an instructor at Ryerson University's Ted Rogers School of Management. Illicit brick-and-mortar dispensaries will come under pressure to close, but those without a storefront less so, he added.

The neighbourhood dealer may also deliver within hours, rather than the days needed for a package to arrive in the mail, he added.

"They don't need any website ... There's just too many compelling arguments for the current illicit market."

With files from Armina Ligaya / The Canadian Press