A Santa Claus fired from Penticton's Cherry Lane Shopping Centre earlier this week for naughty photos taken on his own time offsite has received overwhelming support from the community, with new requests for his services pouring in.
Nov 30, 2019 8:00 AM By: Chelsea Powrie / Castanet 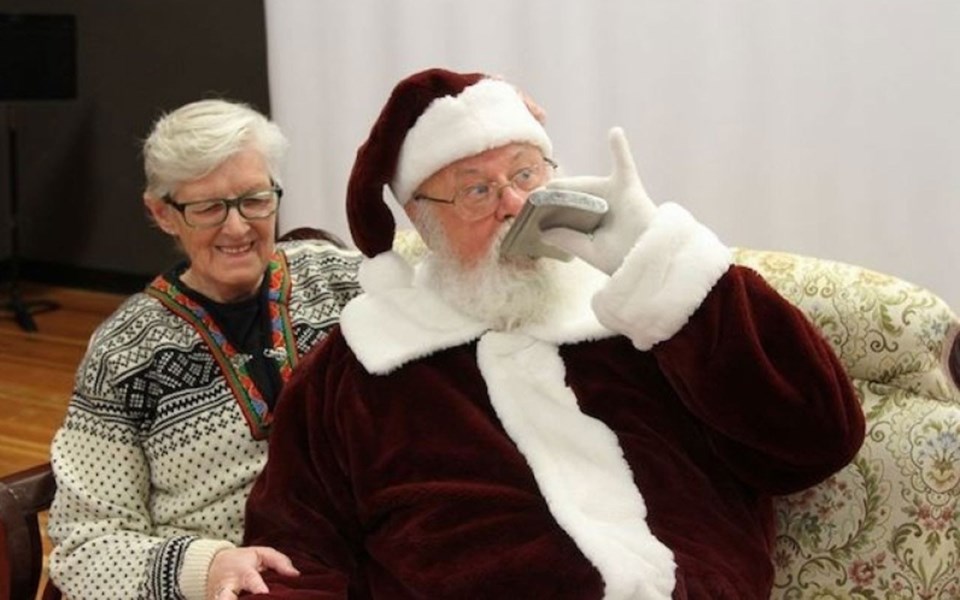 A Santa Claus fired from Penticton's Cherry Lane Shopping Centre earlier this week for naughty photos taken on his own time offsite has received overwhelming support from the community, with new requests for his services pouring in.

"I (previously) had just three or four bookings because the mall had tied me up for so much time, I really didn't have time to do much else," Gary Haupt says.

Haupt was fired from his Santa job after the mall received a complaint about photos on Facebook depicting him in his personally-owned Santa outfit pretending to grope a female friend, with her consent, and another with a woman who suggested a joke picture of him drinking from a flask.

But the news of his firing exploded in the community and beyond, with many expressing outrage at the mall's decision. The community has rallied behind him, with Haupt receiving "probably a dozen" requests from local businesses and people, asking to hire him.

"Grateful doesn't begin to describe it," Haupt says with emotion in his voice, pausing a moment to collect himself.

"Just in the last couple of minutes, we got a text (from a couple) who has a child on the autism spectrum, and they want to turn their garage into a Santa photographic area and invite children that are sensitivity-challenged. They asked, are we interested? And the answer is yes."

Haupt says he is trying to step away from the "naughty Santa" moniker, saying "that's not me." But he doesn't regret being the fun, up-for-anything personality he has donned while portraying St. Nick.

"If I had known I was going to be fired, I may have done it anyway," Haupt says.

For Haupt, the most important part of his role is the children, and he is thrilled that his holiday calendar is filling up with opportunities.

As for the Cherry Lane mall, Haupt has not heard anything from them, nor has Castanet after multiple repeated requests for comment. Despite that, he wishes the people who work at the mall well, including the new Santa.

"I don't want people to boycott the mall. Those people, they are all paid minimum wage, they don't deserve to have their hours reduced because of this, that would be wrong," Haupt says. "And I hope the new Santa has a great time, a really successful run."