B.C. teachers head back to mediation in last week of February 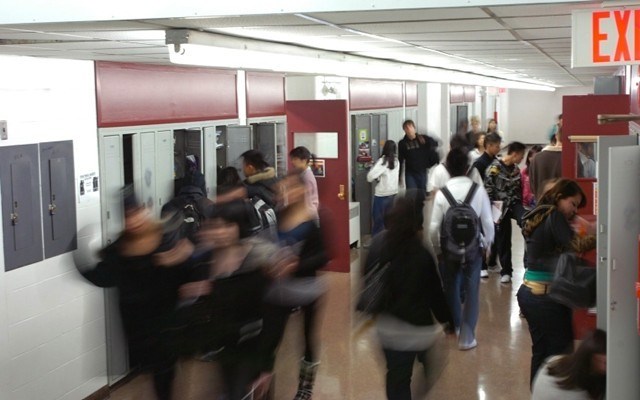 The BC Teachers' Federation has released its job action plan, which it would put into place should negotiations fail. But talks are ongoing - meaning there is as yet no danger of a strike affecting classes - with sessions planned with the mediator. Photograph By DAN TOULOGET, Tri City News

The province's teachers-who have been without a contract since the end of June-are set to return to mediation with the B.C. Public School Employers' Association.

Dates have been set for the last week of February, and B.C. Teachers' Federation president Teri Mooring-whose organization represents about 45,000 members-said there is hope for more in March

"We feel like we really do need to make some progress here," she said.

The mediator is David Schaub, who was appointed by the Labour Relations Board and has been associated with the talks since the summer.

Mooring said there hasn't been any meaningful mediation since the mediator's report was released in November, although the parties met for a few days in December. "We've been talking about getting back to the table for a while now."

Mooring said the BCTF rejected the mediator's report because it didn't go far enough to address recruitment and retention issues. "And since that report has been issued, the teacher shortage has gotten even worse."

Teachers' pay in B.C. is the second lowest among jurisdictions across the country, Mooring said, adding Alberta pays $10,000 more a year than B.C. for teachers' salaries.

She said the teacher shortage is especially evident in the Peace region, north central B.C. and the north coast, where an "unprecedented" number of people without proper certification are teaching in classrooms-23 in Dawson Creek and 18 in Quesnel, for example.

Mooring said the BCTF will not engage in any job action while mediation is underway. "However, we've been at the table for a year and people are getting very frustrated that we don't have a deal already."

Phase 1 of the job-action plan is focused on engaging and educating members, while Mooring said in an email to members that Phase 2 would require a membership vote and would target teachers' administrative tasks.

Extracurricular and volunteer activities would not be affected.

The initial emphasis of Phase 2 would be the severity of the teacher shortage, the email said. It would not require teachers to picket.

Phase 3, which would require another membership vote, would escalate to rotating strikes, while Phase 4 would be a full strike.

The purpose of the plan is "to put extra pressure on the bargaining table," the email said.

Waldron said local and provincial issues are bargained separately, so while the BCTF goes to mediation, her 2,000-member group settled several items last year, including concerns about the posting and filling of job vacancies.

Alan Chell, who chairs the board of the B.C. Public School Employers' Association, said "everything's still on the table" with the mediator.

"It's his job to work with the two parties and try to help us move forward toward a settlement and a contract."

Chell said he doesn't know what the time frame for the mediated sessions will be.

"As long as we're in mediation, I think that's a good sign."

B.C. has highest number of active COVID-19 cases in three months
Aug 11, 2020 4:51 PM
Comments
We welcome your feedback and encourage you to share your thoughts. We ask that you be respectful of others and their points of view, refrain from personal attacks and stay on topic. To learn about our commenting policies and how we moderate, please read our Community Guidelines.