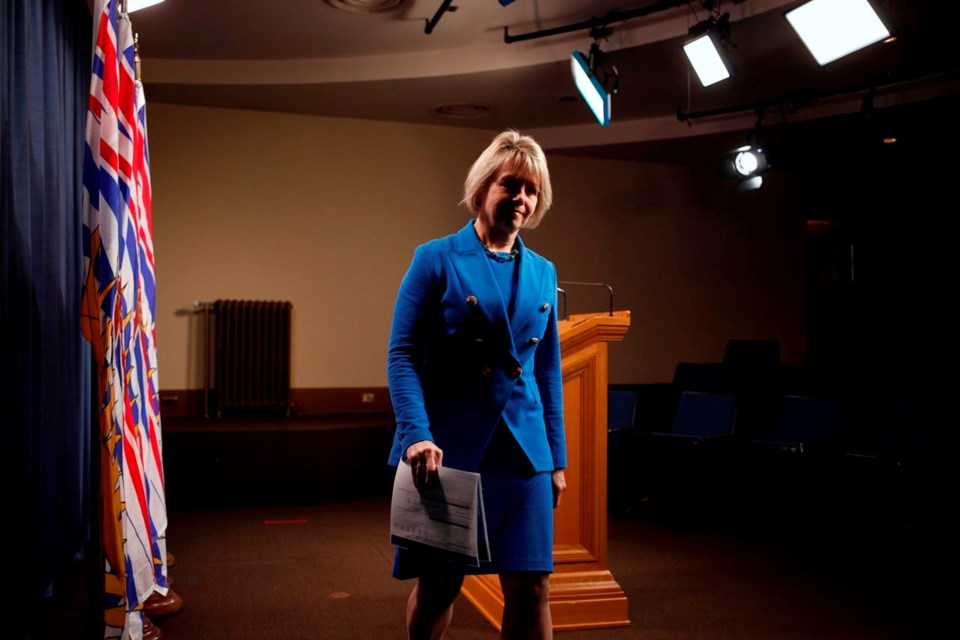 VICTORIA — British Columbia recorded 46 more deaths over the last three days, its highest number of fatalities for that time period.

Provincial health officer Dr. Bonnie Henry became emotional Monday as she expressed her condolences to families and thanked caregivers for their dedication.

Henry says 80 per cent of the deaths were in long-term care homes, and 441 people have now died of COVID-19 in the province.

She says 2,364 new infections were diagnosed between Friday and Monday, for a total of 33,238 cases since the pandemic began.

Henry says the rise in deaths reflects the challenge of dealing with the virus in communities, and the impact on seniors when it gets into care homes.

There are outbreaks in 57 long-term care and assisted living facilities as well as in five in acute-care units in British Columbia.

"Health-care workers have been at the front lines, or maybe the last line of defence right now," she says. "I know how challenging it is and I'm with you every single day, supporting you in admiration for the work that you're doing."

Henry says most faith leaders are supporting her order banning religious services and understand that faith can be practised outside of buildings.

The RCMP issued a $2,300 fine to a church in Langley after it held a service on the weekend.

"We are putting in the measures that we believe are the best we can do to protect communities, to protect our health and to protect us from transmission of this virus," Henry says.

She says there's always an ethical dilemma when it comes to balancing the unintended consequences of her orders and how they affect people.

"How do you do just the right amount to try and keep this virus from spreading rapidly and causing so much suffering? There's no right answer to this, there's no perfect way of doing it and I will always be accused of doing too much or not enough."