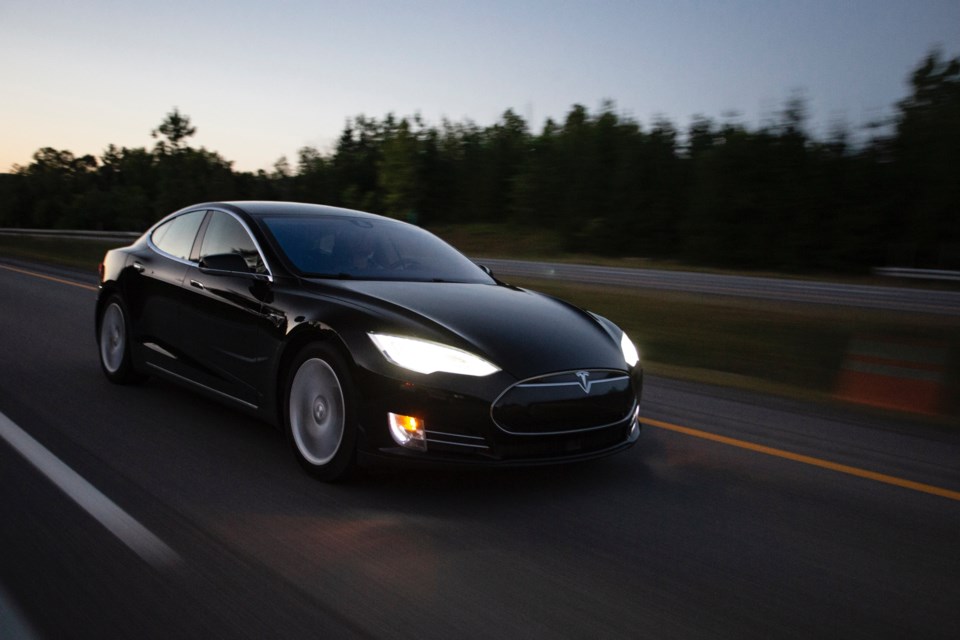 If you can afford a Tesla, you can find them in Vancouver showrooms, but finding other electric vehicles in B.C. isn’t so easy.

Ten per cent of all new cars sold in B.C. will have to be battery electric or hybrid electric by 2025, under a new zero emission vehicle (ZEV) mandate announced today, November 20.

The enabling legislation requiring auto dealers to hit the new sales targets will be passed in the spring.

As part of the new legislation, the B.C. government will also expand direct-current fast charging stations from 71 to 151 sites. It will also increase funding for subsidies to encourage British Columbians to by EVs and hybrids by $20 million this year.

The New Car Dealers Association of BC has warned that a ZEV mandate only deals with supply issues, not demand. In a resource-based economy like British Columbia's, EVs simply aren't an option for many drivers, the association said in a submission to the B.C. government in August.

The association says dealers may be stuck with unsold electric cars on their lots and that the only way they will be able to meet the new sales targets will be to restrict the availability of some gas or diesel vehicles to consumers.

"These types of supply mandates do not help with demand and only add unnecessary cost to vehicles for B.C. consumers," the association wrote.

B.C. is one of only three provinces that offer EV subsidies. It provides rebates of up to $5,000 to cover the cost of a new battery electric car, or $2,500 for a hybrid electric.

Despite subsidies in B.C., Quebec and Ontario that encourage drivers to buy electric vehicles, new car sales of EVs and hybrids in Canada was just 1.1% in 2017, according to Clean Energy Canada. For B.C., EVs and hybrids accounted for 3.5% in the first half of B.C., compared to 6.2% for California.

One of the problems preventing wider adoption is that many electric vehicles simply aren't even available in showrooms. A ZEV mandate requires automobile makers and car dealers to make more electric vehicles available to the public by setting sales targets.

California was the first jurisdiction in North America to introduce a ZEV mandate. Quebec recently followed suit. A ZEV mandate in B.C. is something the Green Party has lobbied for.

"As an EV owner myself, I can attest to how good it feels to save fuel and repair costs, while doing my part to reduce emissions,” Green Party Leader Andrew Weaver said in a government news release. “The B.C. ZEV mandate is an exciting development that will support British Columbians as we make the shift to the low-carbon economy."

"Creating affordable and accessible choices for people go hand in hand with lowering emissions,” said B.C. Environment and Climate Change Minister George Heyman said in a press release. “This is a great step that will help us cut carbon pollution with cleaner, healthier transportation. By embracing the ZEV standard, we're joining other jurisdictions like Quebec, 14 U.S. states and many others worldwide."