CBSA, RCMP seize over $800,000-worth of suspected cocaine 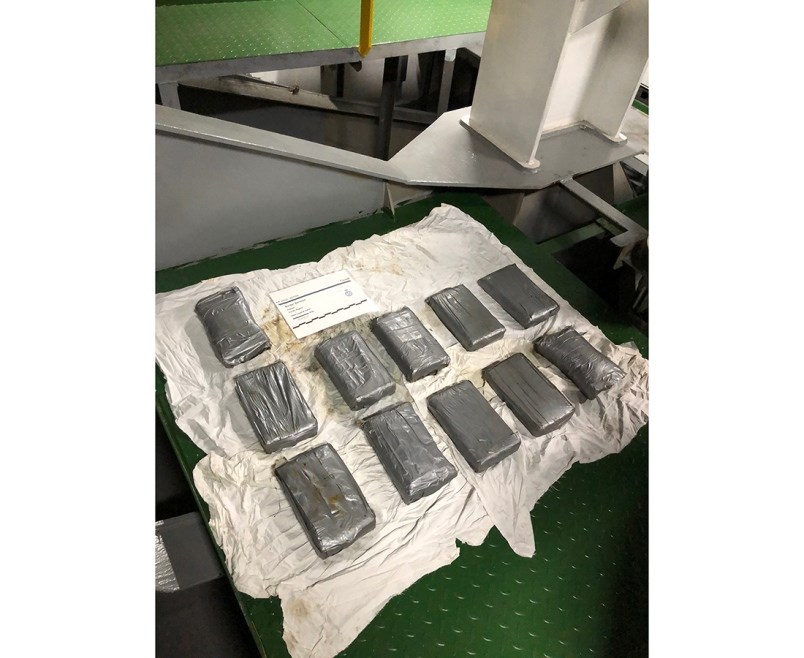 Over 16 kilograms of suspected cocaine, worth over an estimated $800,000, has been seized from a commercial vessel in B.C.

In a joint statement, the Canada Border Services Agency (CBSA) and RCMP say that the vessel arrived in Canada at Constance Bank Anchorage near Victoria on June 2, and was then boarded by CBSA officers for an examination.

The CBSA found 11 individually-wrapped packages in the ship’s engine room.

The “white substance” in the packages was identified in a field test as suspected cocaine, according to the joint statement.

The following day, on June 3, a team from CBSA, along with the RCMP Vancouver Island Dive Team, continued examining the vessel.

The dive team conducted a “comprehensive dive operation” under the waterline of the vessel, and found evidence of tampering – suggesting that “there likely had been more drugs on that ship and was retrieved underwater sometime before law enforcement’s intervention,” according to the joint statement.

No further narcotics were found onboard.

The ship was conducting “legitimate business,” according to the agencies, and was travelling between South America, Europe, the Caribbean and the U.S., before arriving in B.C. waters.

A team from the RCMP Shiprider Program attended and took charge of the criminal investigation.

No arrests were made and no charges were laid.

Anyone with information about suspicious cross-border activity is encouraged to call the CBSA Border Watch Toll-free line at 1-888-502-9060.

ICBC spends $100,000 on reflective armbands
Sep 20, 2020 10:32 PM
Woman in hospital after stabbing in East Vancouver parking lot: Police
Sep 20, 2020 5:49 PM
Plan approved for new care tower at hospital in Prince George, B.C.
Sep 20, 2020 5:30 PM
Comments
We welcome your feedback and encourage you to share your thoughts. We ask that you be respectful of others and their points of view, refrain from personal attacks and stay on topic. To learn about our commenting policies and how we moderate, please read our Community Guidelines.