The Chinese coronavirus is getting closer to Canada
Jan 21, 2020 6:35 AM By: Alan Campbell / Richmond News 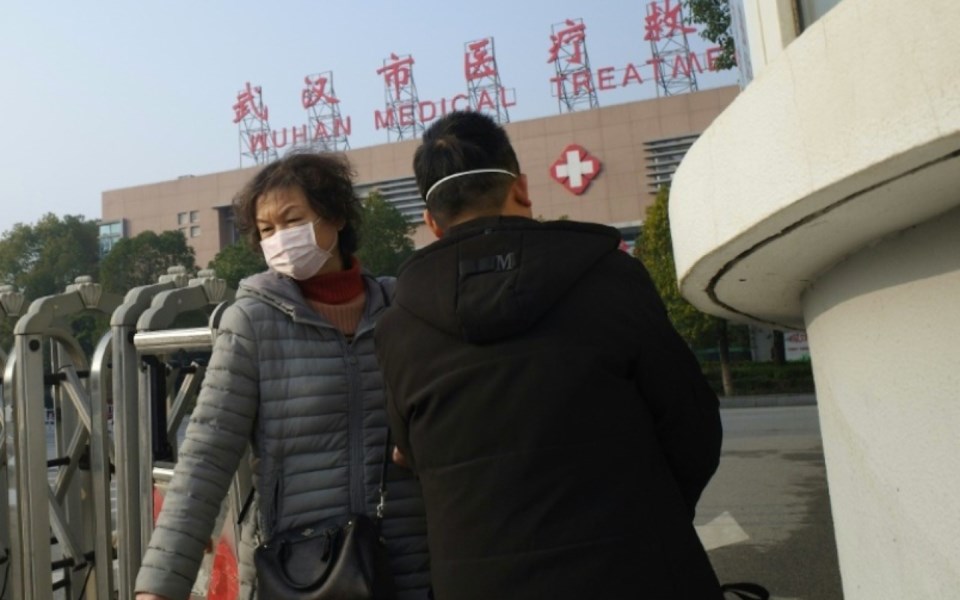 The spread of coronavirus is causing concern for global health officials. File photo

The Chinese coronavirus is getting closer to Canada, with a case being confirmed today in Washington State.

Health officials in Snohomish County say a man was hospitalized on Sunday and that his diagnosis was confirmed on Monday.

"We have had three people assigned to us from CDC (U.S. Centre for Disease Control) that are here, and that is our priority — to determine what it means to be at risk, who those people are, doing the contact investigation all the way from China to his home here in Snohomish County," said Scott Lindquist, Washington State epidemiologist.

According to health officials, the man is "doing well," and is "clinically not ill."

The coronavirus – which has been traced to a seafood market in the Chinese city of Wuhan - has similar symptoms to the common cold or flu, but can be deadly.

China has confirmed that six people have died and close to 300 more have been infected by the virus.

The U.S. CDC said Tuesday that the patient recently returned from Wuhan, before the new screening procedures were in place.

"The patient sought care at a medical facility in the state of Washington, where the patient was treated for the illness.

"Based on the patient's travel history and symptoms, healthcare professionals suspected this new coronavirus."

The Richmond News reported on Monday how Canadian officials at three airports, including Vancouver, added an extra screening question and signage in a bid to keeping a watch on the spread of the coronavirus from China.

The Chinese government confirmed over the weekend that human-to-human transmissions of a flu-like "coronavirus" – which is similar to the deadly SARS virus - have been found.

U.S. authorities said last week they would start screening at three airports — New York City's JFK, San Francisco International and LAX — for symptoms in travellers arriving via direct or connecting flights from the Chinese city of Wuhan, where the virus is believed to have started.

In total, 62 cases of coronavirus have been identified in Wuhan, where 19 of those patients have been discharged from hospital, while two men in their 60s — one with severe pre-existing conditions — have died from the illness.

Although there are no direct flights from Wuhan to Canada, thousands of passengers are expected to be travelling on the 52 flights a week between China and Vancouver Airport, in the run up the Lunar New Year on Saturday.

Dr. Theresa Tam, with the Public Health Agency of Canada (PHAC), said Monday afternoon that this is a "rapidly evolving situation" and they are getting more information from China. But she said there is no reason to panic.

Tam said there are no reports of cases in Canada, where is currently a "low risk" of contracting the disease.

She said the Chinese government has released the genetic sequence of the virus, for which the symptoms are very "non-specific" and an incubation period of up to 14 days.

The Canadian government, said PHAC, "is actively monitoring the outbreak of a novel coronavirus originating in Wuhan, China, and is in close contact with international partners, including the World Health Organization.

"While the risk of the disease spreading to Canada is considered low, the Public Health Agency of Canada is analyzing any potential risks to Canadians on a continuous basis."

Meanwhile, the Canadian Border Services Agency (CBSA) told the News it takes its advice from the PHAC on how to handle such outbreaks.

"In the coming days, all international travellers arriving at the Toronto, Montreal and Vancouver international airports will be asked an additional screening question to help identify those who may have visited Wuhan," said the CBSA in a statement.

"The question will be available on Primary Inspection Kiosks, Automated Border Clearance and NEXUS kiosks. The aim of the question is to help identify travellers from Wuhan for closer screening upon their arrival in Canada.

"Travellers who have visited Wuhan will be subject to additional screening to help prevent the possible spread of this infectious disease into Canada. Travellers experiencing flu-like symptoms will be referred to a PHAC quarantine officer."

CBSA said there are also plans to implement signage this week in CBSA arrival halls to raise traveller awareness in Vancouver, Toronto and Montreal airports.

The latest virus belongs in the same large family of coronaviruses that includes Severe Acute Respiratory Syndrome (SARS), which killed nearly 800 people globally during a 2002-03 outbreak, which also started in China.

Though experts say the new virus does not appear to be as lethal as SARS, there is little known about its origins and how easily it can spread.

Thailand and Japan have confirmed new cases of the virus earlier this week, stoking worries globally as many of the 1.4 billion Chinese people will travel abroad during the Lunar New Year holidays that begin next week.

The World Health Organization (WHO) has also warned that a wider outbreak is possible, though it has advised against any travel restrictions for China.

In Asia, authorities in Singapore, South Korea, Taiwan and Thailand have stepped up monitoring of passengers from Wuhan at airports. Indonesia, Malaysia and the Philippines say they have strengthened screening at all points of entry in response to the outbreak, as well.

What we know about the virus: (Source: World Health Organization)

2019-nCoV, as it's been labelled, is understood to be a new strain of coronavirus that has not previously been identified in humans

Coronaviruses are a broad family of viruses, but only six (the new one would make it seven) are known to infect people

People are being advised to avoid "unprotected" contact with live animals, thoroughly cook meat and eggs, and avoid close contact with anyone with cold or flu-like symptoms.