Strip club patrons in Vancouver may have contracted COVID-19

No new deaths since Friday, but outbreak at strip club raises concerns for patrons
Jun 29, 2020 4:36 PM By: Nelson Bennett 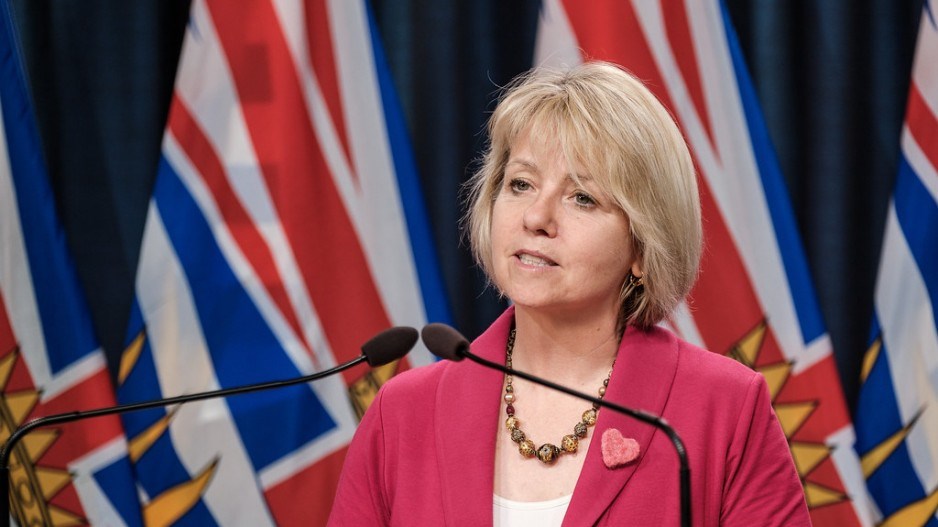 There have been no new deaths from COVID-19 since Friday, and though daily case counts remain low, provincial health officer Dr. Bonnie Henry warned on Monday that anyone who was at a Vancouver strip club in recent days may have been infected.

Three people who were at Brandi’s Exotic Show Lounge last week tested positive for COVID-19. Henry said not all of the customers who attended the strip club between June 21 and 24 can be contacted, so it is up to them to self-monitor and get tested, if they think they may have the virus.

Henry also warned businesses that they may be legally liable if customers or workers become infected, if it is determined they did not adhere to mandated safety precautions.

“We can’t afford to have exceptions or half-measures,” she said. "Businesses need to be aware that you are responsible for keeping your employees and your patrons safe."

Henry said the club has been shut down.

"The safety plan that was in place was not adequate," she said.

There were 26 new confirmed cases of COVID-19 over a three-day period since the last reporting period (June 26). There have been no new deaths to report. There are currently six long-term care or acute care facilities with active COVID-19 cases in B.C.

“Even though our new cases are low, we need to keep it there,” Henry said.

Air Canada and WestJet have recently announced they are eliminating spacing measures that have been in place that keep one seat empty between the window and aisle seats.

Asked if that worries her, Henry admitted "we are concerned," but added that airlines are the jurisdiction of Transport Canada, so there is little her office can do about the policy change.

"Because it is absolutely within their jurisdiction to deal with. So if what they are saying is (that) what Air Canada and WestJet are doing is acceptable, they need to be explicit and they need to explain why it is."

Currently, the province is testing 1,500 to 2,000 people everyday for COVID-19, though it has the capacity to test as many as 8,000 per day. Henry said testing will likely be ramping up in the fall, when a second wave of the virus is feared possible.

Here are today’s COVID-19 numbers for Monday, June 29, with numbers from the last reporting period, June 26, in brackets:

This story was originally published in Business in Vancouver.

B.C. continues to have no active COVID-19 community outbreaks
Jul 10, 2020 4:48 PM
Matriarchs to occupy lands on Haida Gwaii as fishing lodges reopen
Jul 10, 2020 4:13 PM
Comments
We welcome your feedback and encourage you to share your thoughts. We ask that you be respectful of others and their points of view, refrain from personal attacks and stay on topic. To learn about our commenting policies and how we moderate, please read our Community Guidelines.