Dr. Bonnie Henry comments on concerts in the fall in B.C. 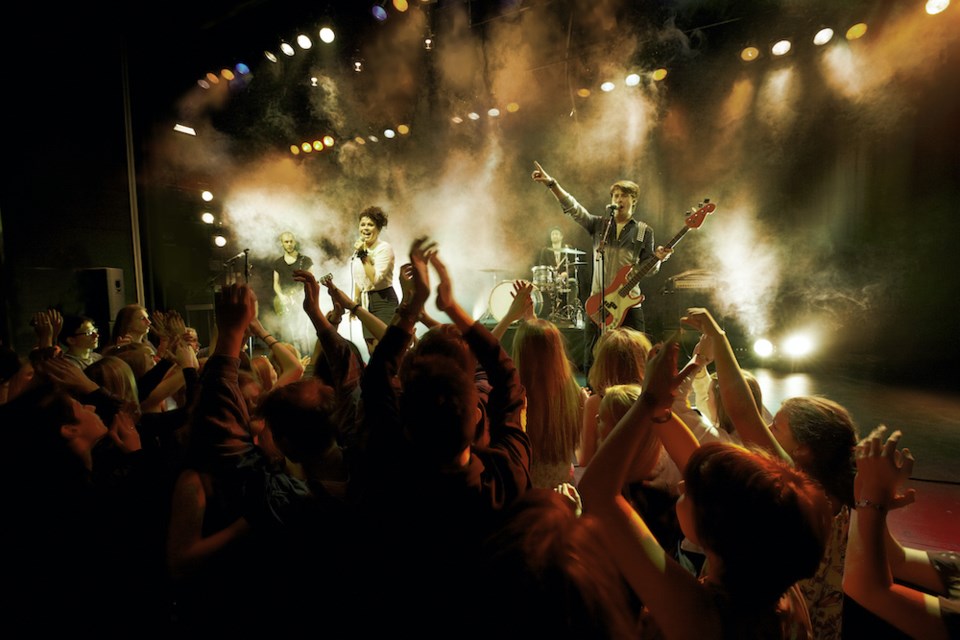 On June 17, 2021, Dr. Bonnie Henry stated in the coronavirus (COVID-19) briefing that concerts have not been approved in B.C. for the fall. Photo via Henrik Sorensen / Getty Images

Are you anxiously counting down the days until you can see a Vancouver concert this fall that you keep seeing advertised on social media?

It might be putting the cart before the horse to start planning your concert getup — even if is months away.

Provincial officials announced the beginning of Step 2 in B.C.'s Restart Plan Monday (June 14), which will allow British Columbians to enjoy travel across the province, movies, live jazz and increased social gatherings for the first time in several months.

As long as everything goes according to plan, the province will continue easing restrictions through the summer. On July 1, Canada-wide travel is slated to resume and increased capacity at both indoor and outdoor organized gatherings with a COVID-19 Safety Plan in place will be permitted.

By Sept. 7, the "restart" plan envisions "normal social contact" where masks in public indoor settings will be a personal choice. Additionally, the plan calls for "increased capacity at large organized gatherings, like a concert."

But the plan also underscores that Sept. 7 is the earliest possible date to move into the fourth phase. And, as Premier John Horgan has previously emphasized, the plan is contingent on data, not dates.

Will the show go on?

Provincial Health Officer Dr. Bonnie Henry echoed the premier's sentiment in the daily coronavirus (COVID-19) briefing Thursday (June 17). When asked whether the concerts that have dates for the late summer and early fall have been approved by the health officials, she said none of them have been.

"We've not approved any large concerts or large events for the fall," she said. "I know that many [people] have planned these — that's something that we've been working with the industry on — but none of them have been approved."

Provincial officials have not "yet determined capacity limits" but "they will, of course, be higher than they are now," Henry explained.

B.C.'s top doctor added that the main caveat for the restart plan is that "we don't yet know what's going to happen in the next respiratory season...there [are] big unknowns still yet."

For right now, people may enjoy outdoor personal gatherings of up to 50 people, including birthday parties, backyard BBQs, and block parties. However, Henry noted that the guidance on indoor gatherings is unchanged — only five people or one household are permitted inside (or one other household).