Coulson Aviation has identified the three Americans who died when the C-130 air tanker they were aboard crashed in New South Wales, Australia.
Jan 24, 2020 1:45 AM By: Louise Dickson / Times Colonist 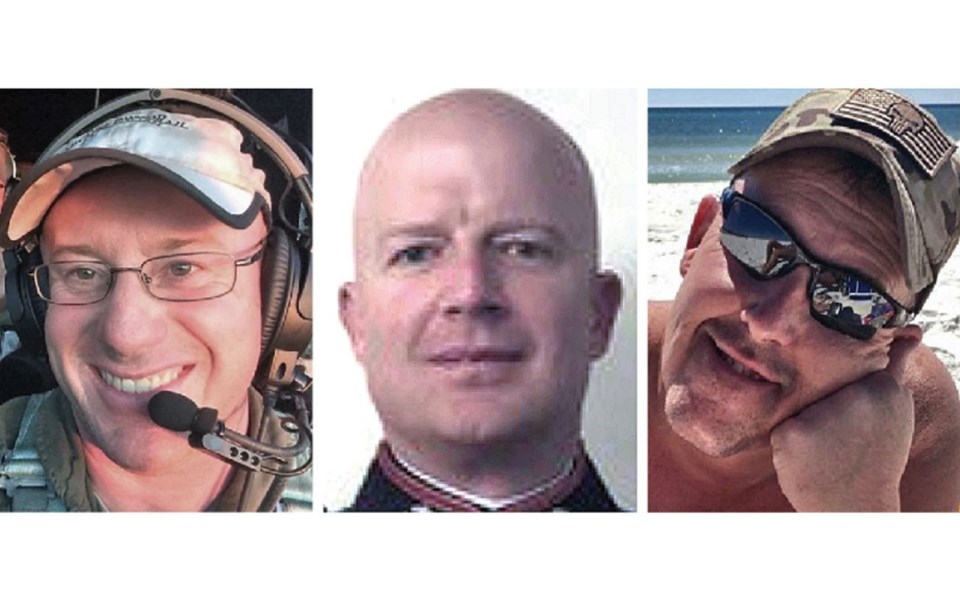 Coulson Aviation has identified the three Americans who died when the C-130 air tanker they were aboard crashed in New South Wales, Australia.

In a statement, the Coulson family said its deepest condolences are with the families and friends "of our fallen heroes."

Ian McBeth, 44, lived in Great Falls, Montana, and is survived by his wife and three children, his parents and three siblings.

"Ian was a highly qualified and respected C-130 pilot with many years fighting fires, both in the military and with Coulson Aviation. Ian served with the Wyoming Air National Guard and was still a member of the Montana Air National Guard. He has spent his entire career flying C-130s and was a qualified instructor and evaluator pilot," the statement said.

Paul Clyde Hudson, 42, lived in Buckeye, Arizona, and is survived by his wife. Hudson graduated from the U.S. Naval Academy in 1999 and spent the next 20 years serving in the U.S. Marine Corp in a number of positions, including C-130 pilot.

Hudson received many decorations during his career. He earned master's degrees in both business administration and information technology management from the Naval Postgraduate School.

Flight engineer Rick DeMorgan Jr., 43, lived in Navarre, Florida, and is survived by his two children, his parents and his sister.

It said Coulson Aviation has the incredible job of fighting fires around the world and takes pride in its responsibility.

"Right now, our hearts are with the crew's family and friends and our Coulson family suffering in the loss of these three remarkable and well-respected crew members. We as a company are committed to supporting the families of our fallen heroes through this tragedy."

"Our crews on the other aircraft will be returning to work in the very near future as they are dedicated to the job we are required to do. We must continue to work with emergency services to protect local communities."

The aviation industry and emergency service sector is a small community both in Australia and around the world, said the statement.

"This will be deeply felt by all. We honour the amazing crews who do incredible things in dangerous circumstances supported by world-class operations. We are incredibly moved by the outpouring and support from those in Australia and around the world. Thank you for recognizing the work that our crews do and for expressing your condolences and grief for the families of our fallen heroes."