Man in his 40s arrived last week, in isolation at home: Officials refuse to confirm if he lives in Richmond
Jan 28, 2020 5:07 AM By: Alan Campbell / Richmond News 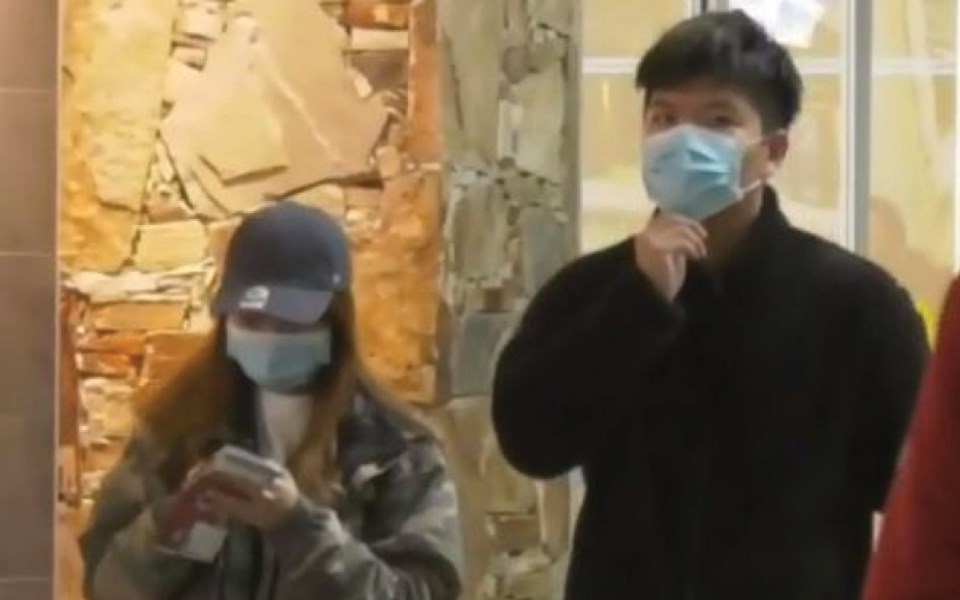 Travellers arriving at YVR from China on Thursday wearing face masks. Health experts are doubtful such masks have any benefit. Photo courtesy of Richmond News

A man in his 40s, who arrived at Vancouver Airport last week from China, has been confirmed as the first coronavirus case in B.C.

Dr. Bonnie Henry, provincial health officer, made the announcement Tuesday morning at a press conference, but refused to divulge what city the man lives in.

Henry would only confirm he lives in the Vancouver Coastal Health region – which includes Richmond, Vancouver, North Shore and the Sea to Sky area up to Bella Coola – and he had visited Wuhan, China, where the potentially deadly virus originated a couple of weeks ago.

The Richmond News has asked the B.C. Ministry of Health to further explain why the man's city of residence is not being given.

The man's first test was "presumptive positive" said Henry, with a second test being done later in Winnipeg.

Henry, however, said health authorities were "confident" it was the novel coronavirus that's spreading across China, killing more than 100 people and infecting thousands.

China has confirmed more than 4,500 cases of a new form of coronavirus, with 106 deaths.

Health officials in B.C. said the man, a Canadian resident, arrived via Vancouver Airport last week, but did not show any symptoms until at least 24 hours after his arrival.

Henry said the man does not require hospitalization and is being monitored, in isolation, at his home.

"He went home and took all the necessary precautions, put himself in isolation and called it in," said Henry.

"He was not symptomatic on the flight, so there is no risk to the people on the flight. The screening measures at the airport are doing what they need to do.

"His family members are being monitored very closely. He is in isolation at home and (has not been outside). We have been in contact with everybody that we need to be.

"This confirms that our testing and procedures are working."

Henry said it generally seems to be taking four to six days for symptoms to show up, so there "may be people who have travelled here who're carrying the virus."

Asked if wearing a face mask would help, Henry said it "will keep my droplets in. It's not known how effective they are at keeping this virus out. It may be giving people a false sense of security.

"If you have touched an area where droplets have fallen, simply washing your hands thoroughly will (suffice).

"The virus needs to get into your lungs, you can't get it by touching."

Henry added that she would be "absolutely surprised" if there were not more cases to come in B.C.

"We have carried out – and continue to carry out – many tests for the virus...this is the first one to show positive," she said.

Henry also addressed a rumour circulating on Chinese social media platform WeChat and local Chinese language media that a man had visited several Lower Mainland hospitals and shopping centres – including Richmond – complaining of the symptoms, but was turned away each time.

The rumour claimed the same man then flew back to China, where he was apparently confirmed as having the novel coronavirus.

However, Henry said the rumour – which was repeated on Chinese language media by Burnaby councillor James Wang – has been investigated and there's "no risk to the public."

"We need to be careful about listening to rumours and third-hand information," she said.

"(Rumours) can lead to discrimination against people. Rumours are just that, rumours.

"We will tell people immediately if there is a case confirmed. We actually have a low threshold for testing the virus. If someone has been tested positive...you will hear from us straight away.

"Stick to credible sources of information."