Goldsmith-Jones confident in PM, hopes to see Wilson-Raybould and Philpott remain in caucus

West Vancouver, Sunshine Coast and Sea to Sky MP Pam Goldsmith-Jones says she has confidence in Justin Trudeau’s leadership as both prime minister and head of the Liberal party, after a tumultuous week in Ottawa, and she hopes the two MPs at the cent
Mar 9, 2019 3:00 AM By: Sean Eckford / Coast Reporter 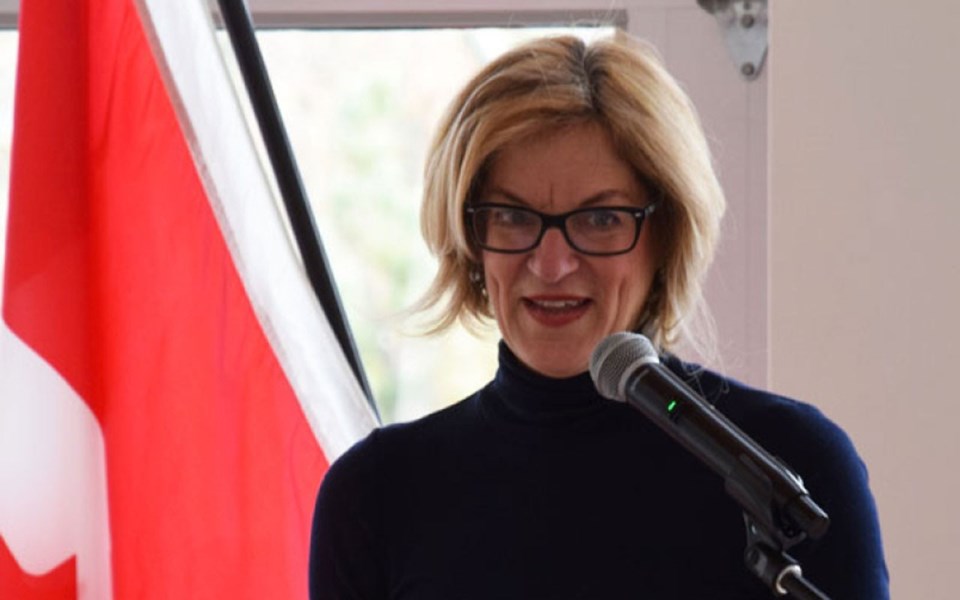 West Vancouver, Sunshine Coast and Sea to Sky MP Pam Goldsmith-Jones says she has confidence in Justin Trudeau’s leadership as both prime minister and head of the Liberal party, after a tumultuous week in Ottawa, and she hopes the two MPs at the centre of the tumult remain with the Liberals.

Following former minister Jody Wilson-Raybould’s appearance before the Commons justice committee last week, this week saw Trudeau’s former principal secretary Gerald Butts appear to give his version of what Wilson-Raybould called “inappropriate pressure” over her handling of the SNC-Lavalin file while she was minister of justice and attorney general and her eventual shuffle to a new cabinet post.

The prime minister himself weighed in on Wilson-Raybould, SNC and Monday’s resignation from cabinet of Jane Philpott on Thursday morning.

“I think the world of Jody Wilson-Raybould and Jane Philpott, they are close personal friends of mine and I think together with Canadians we appreciate the work they’ve done and their incredibly capable leadership as ministers,” Goldsmith-Jones told Coast Reporter ahead of a March 8 event in Gibsons to announce a new housing initiative.

She also said Trudeau clearing Wilson-Raybould to discuss the SNC decision before the justice committee was “a clear example of open government.”

Goldsmith-Jones also said she felt asking Wilson-Raybould to seek a second opinion on the SNC corruption case was appropriate. “The idea of receiving a second opinion on new legislation is, to me, a sign of good governance and a sign of wishing to consider everything before we make a decision.”

When asked if she felt the controversy boiled down to the typical disagreements within cabinets and political caucuses, she said, “I appreciate politicians that are strong and stand their grounds, but also it’s really important to consider all points of view.”

“I’m absolutely confident in the Prime Minister’s leadership,” Goldsmith-Jones said. “I can give examples, especially for our community, of when I have stood up to his decisions and when he has said—particularly on transition away from open-net fish farms—you are absolutely right to advocate for that.”

Goldsmith-Jones, who has already been confirmed as the Liberal candidate for the riding in the coming election, said she remains “100 per cent behind” moving forward with the government’s agenda and hopes Wilson-Raybould and Philpott remain on the Liberal benches.

“I’m an advocate of them remaining in caucus, I think that they have been very clear about wishing to remain members of the Liberal party and members of caucus. I look forward to their leadership as, I presume, backbenchers—but I don’t know. They’ve worked very, very, hard and I think it’s important to recognize that work and recognize that they want to play a different role,” she said.